The prospects for post-Brexit trade with New Zealand 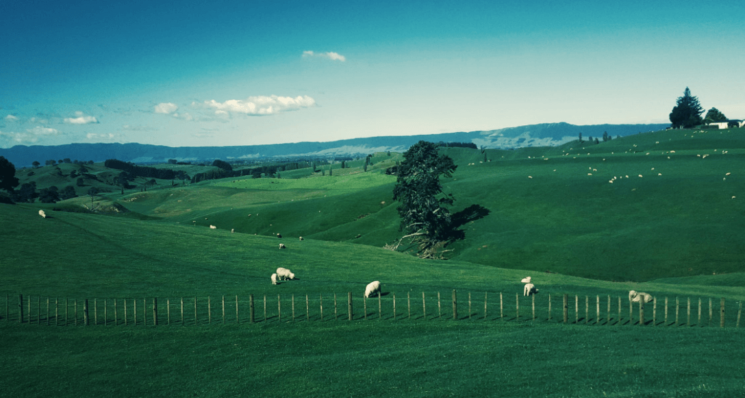 In spite of the uncertainty in the UK with regard to Brexit, the key message from New Zealand is that we will continue to be a constructive and valuable partner for the UK on agriculture and trade issues after Brexit.

Of course, our relationship is not without its challenges, but we are like minded on so many levels. The issues facing farmers the world over are largely the same, and I firmly believe there are compelling reasons for the UK and New Zealand to work together to tackle agricultural trade issues after Brexit.

New Zealand is a dynamic, outward looking economy with a highly diversified export market profile. This market diversification can only succeed with improved market access. While governments negotiate to open up and maintain market access in the WTO and through trade agreements, industry itself plays a critical role in identifying and utilising these market access opportunities and navigating constantly changing international commercial challenges and trends.

We have a highly complementary relationship with the UK and Europe. New Zealand companies are trusted suppliers of produce to Europe during its off-season; as well as partners and collaborators in connecting your sectors to global markets. This enables retailers to satisfy consumer demand with high quality produce all year round, and producers and processors to innovate and grow.

Negotiations on an EU-New Zealand Free Trade Agreement (FTA) continue to progress well, and we share a commitment to launch FTA negotiations with the UK when it is in a position to do so.

Our experience has been that open, trade-oriented agricultural policies encourage the development of a competitive, resilient and responsive primary sector, including through market diversification to help mitigate risk.

Fifty years ago, about three quarters of New Zealand’s agricultural exports went to Europe. An active effort to diversify across global markets in the period since then means that this proportion is now down closer to 12%. As a result, producers have seen economic, environmental and social benefits over the longer term and been spurred to innovate and develop to service a wider variety of markets and the demands of their consumers.

The core of New Zealand’s reforms took place in the 1980s. This period helped to drive structural change in the sector and transform farming business models. It didn’t stop there, though – since 1990, New Zealand pastoral farmers have made continued improvements in efficiency and productivity across the livestock sector.

Farmers are now producing higher quality cuts of meat, from fewer animals, with improvements in feed and nutrition, animal genetics, pasture management, technology, and animal health – and all without subsidies.

For example, sheep numbers in New Zealand have dropped by 41% in the last 25 years but sheepmeat production levels are the same as they were in the early 1980s. Import competition has encouraged New Zealand farmers to focus on where they have a comparative advantage. Direct exposure to market signals has raised quality, lowered food prices, and eliminated surplus production.

Meanwhile, the removal of subsidies has resulted in land use change, which has ensured that our diminishing amount of land is used in the most appropriate and efficient manner. Improvements in production have also led to decreases in greenhouse gas emissions per unit of product across our livestock industries. Farms are still privately owned and operated. Though farms are getting bigger, family ownership still dominates – but with more sophisticated management and use of advisory boards.

There is a real focus in the UK on agricultural reform, with the UK moving to put in place its new agricultural policy following Brexit. The UK Agriculture Bill is before the House of Commons and there is a lot of interest in New Zealand’s approach from politicians and others involved in the debate. This is an area of common ground where we can generate goodwill through sharing experiences and working together to address common challenges.

We don’t have all of the answers for agricultural reform, and we are under no illusions that other countries will reform in the same manner that New Zealand did in 1985. However, we have some lessons learned that we are willing to share.

Climate change policy, and New Zealand’s response to adaptation and mitigation to meet commitments made in the Paris Accord is one such area. Farming groups and politicians see climate change and wider environmental stewardship as one of their most important and pressing priorities, and there is significant interest in the work we are undertaking in New Zealand in this area.

For us both, finding smarter ways to produce reasonably priced, high quality food, while taking care of our environment will remain an ongoing challenge.

Brexit matters to New Zealand too

Like UK producers, New Zealand worries about the potential for short-term trade disruption of agri‑food products if the UK were to exit the EU without an agreement. The food production and supply chain is complex and highly integrated, and primary sector exporters can ill afford to face delays and disruptions to their trade. The food industry employs just in time processing, which is dependent on the efficient movement of ingredients, raw materials and finished products.

Sudden changes at the border would create uncertainty of supply and add to costs through additional administration and customs procedures, possible sanitary and phytosanitary issues, and congestion across transportation and logistics. For New Zealand, these worries are particularly relevant to our meat, wine and horticulture sectors.

In light of these risks, New Zealand has been concerned to preserve maximum stability and continuity in our trading relationship through this period. Regrettably, the approach the UK and EU have proposed on WTO tariff rate quotas would have the opposite effect. The proposal to ‘split’ the WTO quotas would reduce existing market access and constrain our ability to respond flexibly to market demand.

Indeed, the increased rigidity in access conditions such quota splits would introduce risks worsening any situation of oversupply, and contributing to market instability. As in other areas, New Zealand is keen to work together with the UK to find a mutually acceptable solution and has constructive ideas to contribute.

New Zealand is a natural partner and ally for the UK as it puts in place independent trade and agriculture policies. Ongoing dialogue and collaboration on ways to secure the future of our agri-food supply chains after Brexit would be of great value to both sides, particularly as the UK and New Zealand look towards negotiating a comprehensive trade agreement capable of setting a high standards precedent for the UK for the future.