The Queen’s speech – how will Johnson govern? 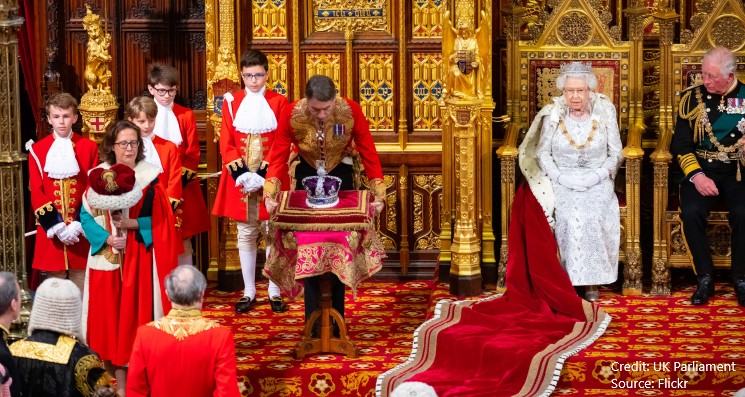 The Queen will return to Parliament for the second time in ten weeks to deliver her government’s programme for the next session. The bulk of the immediate business will be recycled from that speech – and indeed from the session before.

The Withdrawal Agreement Bill will be back on Friday – on a compressed timetable to make sure we exit by 31 January.

It will be interesting to see both how much time the government gives this more compliant Parliament to consider it: MPs gave the bill a second reading last time, but balked at the idea of rushing it through all Commons stages in 2 days.

The government is already trailing two key changes: dropping the provisions on workers’ rights and adding a provision to ensure the UK leaves on 31 December.

The former provisions were pretty feeble and would not have constrained the government’s ability to diverge from EU law.

In terms of tactics, there is little point in the government giving away one of its prime negotiating cards in advance.

The latter is a statement of intent and little more: with a majority the government could always reverse it if it proved inconvenient.

Also interesting will be to see whether – and if so how – the government proposes to involve Parliament and the devolved governments in agreeing the mandate for the future relationship and approving the final deal.

The government will also reintroduce other Brexit bills that fell at dissolution.

There was ample time to pass most of these bills in the long session that ended in October 2019.

But there were many amendments that the government feared would derail or constrain their future policy – so the bills went into cold storage.

There is now time pressure as these pave the way for new regimes for agriculture, fisheries, trade and immigration by ending free movement.

Though not strictly a Brexit bill, the bumper environment bill, developed under Michael Gove at Defra, will also be back to show the Conservative commitment to its 25 year plan for the environment.

This establishes a new domestic oversight and enforcement body to take the place of the supervision role of the European Commission and European Court of Justice.

Its credibility as an independent body may make a difference down the line when the UK and EU lock horns in the negotiations on the UK’s commitments to environmental standards.

Back in October the government promised a further 18 bills; one of those – on Historic Abuse in Northern Ireland passed along with the Act allowing the early general election and one setting the budget for Northern Ireland.

But a slew of bills had their first reading before the election, and they are all likely to make a reappearance.

The biggest number of bills were on hot button law and order issues – particularly focusing on victim protection and sentencing as well as making to easier to deport foreign national offenders.

Those will all make a comeback along with other legislation first introduced under Theresa May on divorce and domestic abuse. There was also proposed legislation as a follow up to both Windrush and Grenfell.

Beyond that, the government will be keen to use the speech to underline its new agenda and its appeal to its new swathe of voters.

The promised legislation to entrench a commitment to the rise in NHS spending is unnecessary – this government will be in power until 2024 and will set its spending priorities in the Spending Review.

But it will be a signal of intent.

The Prime Minister’s 100 days plan suggests education may get the same treatment and there may be other pieces of demonstration legislation designed to capture a quick headline but with no real legal or policy effect.

But it will be interesting to see what the government offers on housing for example, where there has been talk of a switch of emphasis from owners to renters.

For the longer term, the government could set a timetable for its proposed discussions to find a way out of the social care impasse which has eluded successive governments – and if it sheds any more light on the mysterious review of constitutional issues that was foreshadowed in the manifesto.

But the biggest indicators of the future direction of policy will come less in the Queen’s Speech than in three events for which we still have to wait – the post-Brexit restructuring of government, the February Budget and the next spending review.

And the biggest economic decision will be none of these – it will be the shape of the final deal with the EU that the Prime Minister negotiates.