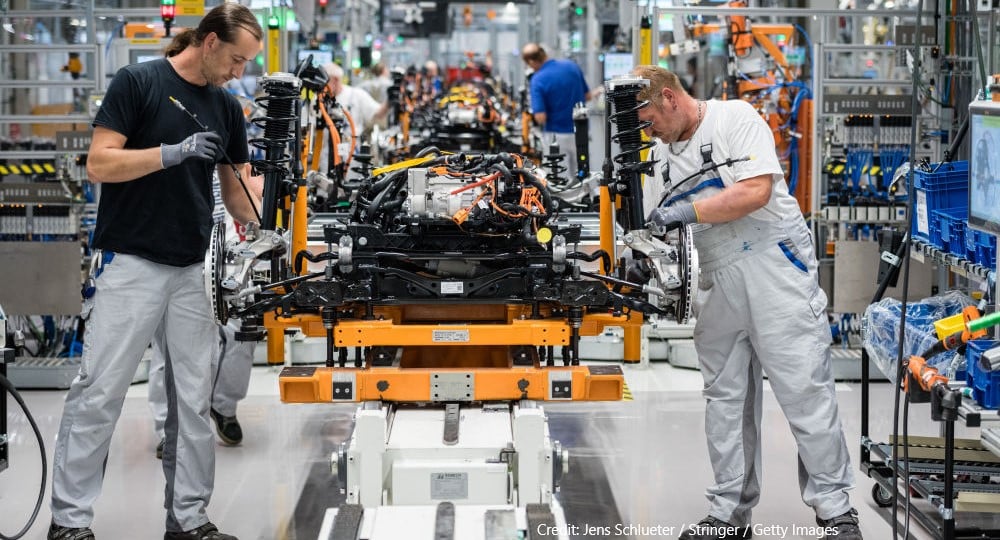 David Bailey reflects on the collapse of the start-up Electric Vehicle battery maker Britishvolt, suggesting that the UK government is not doing enough to foster battery making more broadly if it wants to keep up with the EU.

The collapse of would-be Electric Vehicle (EV) battery maker Britishvolt into administration was sadly not much of a surprise given that it has been running out of cash for some time. But there remains some hope that it will be bought out of administration and that batteries could still be assembled at the Blythe site.

Britshvolt always faced a daunting task as a start up with no track record of developing technology, uncertainty over how it would raise the £3.8bn needed to get to producing batteries at scale, and the fact that it had no major customers.

But the uncertainty over its future also raises some wider issues over the future of the UK auto industry as it transitions to EVs and whether the UK government is doing enough to foster battery making more broadly.

What’s clear is that batteries are going to be a big issue in Europe going forward. The UK needs to build much greater battery capacity, and quickly, as demand for EVs takes off, and given the nature of the Trade and Cooperation Agreement (TCA) between the UK and the EU.

That’s because the TCA require that by the end of 2026 the batteries in EVs have to be assembled in the UK or the EU for the vehicle to qualify for tariff-free trade between the two. This will pose a particular challenge for UK auto and industrial policy.

The problem is that the UK is lagging well behind EU countries in attracting investment in battery-making capacity, and the Britshvolt collapse into administration throws this into sharp relief.

And without a major effort to reorient the auto supply chain, UK car assembly increasingly will be left assembling obsolete internal combustion engine cars and dependent on imported EV components from the EU to meet rules of origin requirements (over how much local content is needed to avoid tariffs on trade between the UK and EU) going forward. That isn’t going to make much business sense.

In recent years big investment in battery ‘gigafactories’ has gone into EU countries and not the UK, partly because of Brexit uncertainty. The latter was cited by Tesla boss Elon Musk back in late 2019 as a factor in the firm’s decision to build its first major European gigafactory (including battery production) near Berlin rather than the UK.

That – like electric van maker Arrival‘s decision to shift electric van production to the US, and MINI pulling the plug on MINI EV production at Oxford – seem to have blown something of a hole in the UK government’s hopes for the automotive sector, which is meant to be about going electric.

The one piece of good news so far is that battery maker Envision has committed to a new gigfactory in Sunderland to supply Nissan. But that is the only confirmed investment in the UK. In a good year the UK makes 1.3-1.5 million cars, and that number of cars will need a lot of batteries.

The UK has been slow to get government support lined up for such investment, with some £800m earmarked for the development and mass-production of electric vehicle batteries. This isn’t going to go very far.

Meanwhile much bigger plants are being built in the EU. There are at least 35 gigafactories up and running or under construction, including those by NorthVolt (in Sweden), Saft/Stellantis (in France and Germany), Samsung SDI (in Hungary), LG Chem (in Poland), and Tesla (in Germany).

The EU has brought together seven states to support the European Battery Alliance. Funded with around €6billion, its challenging goal is to build a third of global battery cell production capacity in the EU by 2030, serving what an estimated €250 billion a year market by that time. The Battery Alliance supports aims to kick start the building of 10-20 gigafactories.

It is mission-critical for the UK auto industry to have batteries made at scale in the UK. Making that happen requires the government being actively involved in discussions with auto assemblers and battery makers so that the government can go out and woo potential investors, most likely from Korea and China. That will need a more active industrial policy than we currently see in the UK.

It will also require greater financial support as well as more creative thinking about how to target financial support to help investment. For example, the European Investment Bank (EIB) has been a major backer of plans to build gigafactories in the EU. A fully functioning UK Infrastructure Bank could play a similar role here. The Bank was set up in 2021 but is still operating in interim form without a full operation in place (the UK Infrastructure Bank Bill aims to put the Bank on a statutory footing and clarify its powers).

This isn’t about ‘picking winners’. The demand is forecast to be there. EV registrations continue to grow rapidly. Demand for EV battery production in the UK is expected to reach some 100-130GWh per year by 2040, equivalent to the output of 6-8 gigafactories with a capacity of 15 GWh each. McKinsey suggests big investment (of the order of £5bn to £18bn) is needed by 2040 into battery manufacturing in the UK.

The danger here is that the UK misses out on investment in a major new growth industry that is critical for building EVs. The bottom line is that if we want to see significant EV production in the UK in the future then we will need batteries made here too, and on a large scale.