The ‘rally round the flag’ effect – Part II 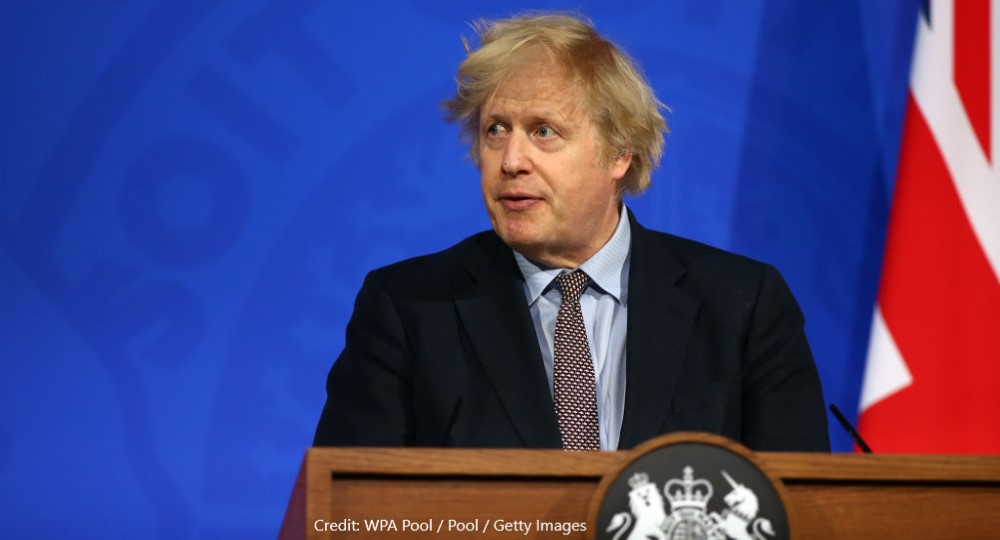 One year ago, Boris Johnson announced a strict lockdown, and shortly afterwards I penned a blog for this site looking at the bounce in his approval ratings, and those of many of his European peers. The focus was on what is termed a ‘rally-round-the-flag’ effect: coined in 1970 by John Mueller, this suggests that in times of crisis when the nation is threatened, incumbent leaders benefit from a rise in public support.

Now, a year later, I thought it would be a good idea to revisit this, and see how this effect has played out across 28 different countries in order to understand UK politics today.

Up to date polling figures show that support for the Conservatives is increasing relative to the Labour Party, with a number of competing explanations: perhaps the relatively successful vaccine rollout is proving to be a direct poll boost, or perhaps an initial enthusiasm for the Labour Party under Keir Starmer is wilting.

To illustrate the trend we apply a ‘generalised additive mixed effects model’ on support for the party in office (or presidential approval rating for the US) while controlling for the ‘house effects’ of different polling companies.

For ease of comparison the figures are adjusted to reflect the party’s support by contrast to their average support in January and February 2020 (January 2021 for the US). Each chart shows three things: the net support for the party (/the President, for the US); the time points at which each country reached various milestones in terms of number of deaths; and the prevailing level of lockdown restrictions according to the Oxford Stringency Index (from dark blue to dark red).

What is clear from Figure 1 is that the recent improvements in support for the Conservatives return the party to a level seen last June, which was when the rally-round-the-flag effect had already fully worn off. 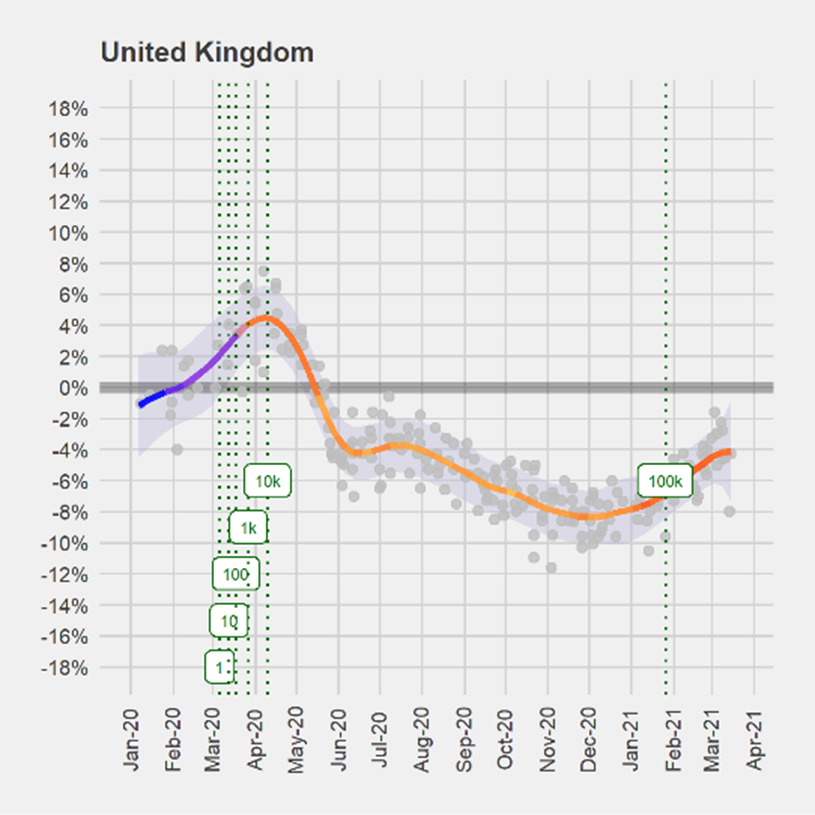 Figure 1: Modelled trend in party support for the Conservatives

All countries have their own unique circumstances and perhaps the relatively large death toll in the first wave limited the early rally in the United Kingdom. Italy and Spain also bore the brunt of the first wave and did not register the same bump in support for the governing party as in other countries.

Although the Covid-19 rally halted the decline of Five Star Movement in Italy, there was no appreciable ‘rally’ for the party or for its counterpart in Spain, PSOE.

Figure 2 also shows the rally in most countries was much longer than that of the UK. There is a distinctive pattern in northern and central European countries where support for the government wilts slightly over the summer but broadly ticks along over the course of the pandemic.

It is notable, though, that as restrictions begin to bite for the third or fourth time (depending on the country in question) in 2021 support for governing parties has started to dip in a few places: Germany, the Netherlands and Austria.

This also has happened much earlier in eastern European countries, with Czechia, Slovakia, Poland, Bulgaria, Hungary and Romania all reporting significant declines in support for their governments relative to the start of the pandemic.

What is clear though is that across all of the countries present that there is no appreciably consistent rise in the context of the vaccine rollout. Support for governments is either steady or falling.

Public opinion in Ireland is somewhat insightful here: the share of the population with a first dose is typical of the rest of Europe (within 2% of 20 other European countries), but there the public is just as displeased with the EU’s handling of the vaccine rollout as it is with the Irish government. 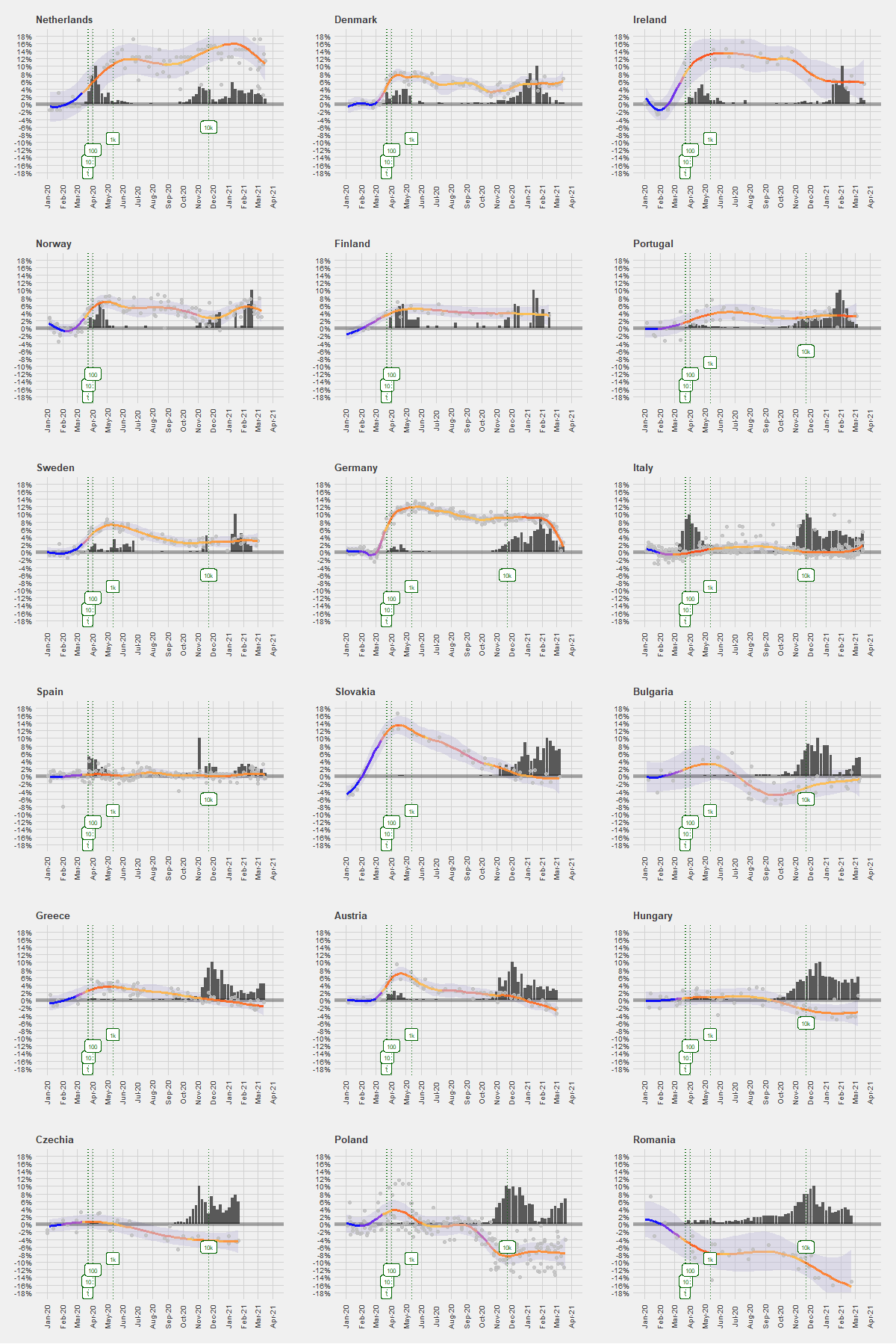 Figure 2. Modelled trend in party support for governing parties across Europe, with confirmed deaths (grey bars) arranged according to popularity relative to Jan/Feb 2020. Note that countries in the south east of Europe which bore much of the brunt of the second wave as opposed to the first wave also tend to be less popular.

To understand the role of the vaccine programme we need to make sure we focus on an appropriate set of countries, and the problem there is that there are very few countries have the same positive story in respect of the vaccine rollout on a par with that of the United Kingdom (41% having received a vaccine at the time of writing).

Figure 3 shows the small gains in Israel and the United States in response to the vaccine rollout while in Malta and Hungary, albeit with slightly lower levels of inoculation, the latest polls do not suggest and great boon for the party in government. 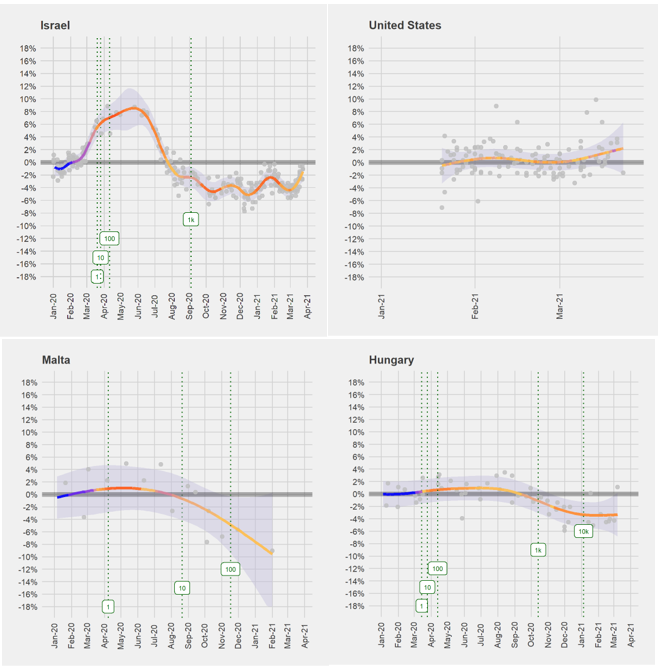 One of the findings in the literature is that the size and appearance of the ‘rally’ depends primarily on how the crisis is presented to the public in terms of media coverage and bipartisan support. In that context it is worth noting that there was more opposition to the strategic decisions in the UK than in other countries.

Indeed, because the rallies are so different in Ireland and the UK it is worth remarking on the relative absence in Ireland of any opposition to decisions made by the government and public health officials in 2020. This is in stark contrast to the UK where the Labour Party did offer a significant opposition to the decisions being made.

Perhaps as vaccines roll out the success of that programme is perceived to be more closely related to the actions of politicians rather than public health officials.