The real danger that Brexit poses for Israel 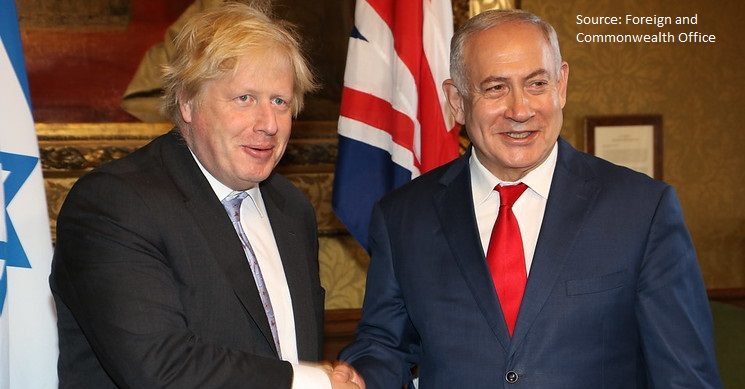 When Israelis ask what Brexit means for them, many will think of economy and trade, and about diplomatic relations with Britain and Europe.

These are important, but in considering Brexit’s implications, there’s a far bigger picture that Israel’s leaders need to see.

Beyond the political crisis in London and Brussels, Brexit represents a clash over the future of world order, and it is this issue which has the most significant long-term significance.

For sure, Brexit itself – if and when it is finally implemented – will have some impact on Israel’s economic and political relations with Britain and Europe.

Much of Israel-UK trade – worth roughly 20 billion shekels (4.4 billion pounds) – is governed by Israel-EU trade agreements.

But the effect on Israel will not be direct. If the UK eventually leaves with a deal, existing arrangements will be maintained.

If it leaves without a deal, a new bilateral UK-Israel agreement, already agreed in February, will replace EU-Israel trade agreements.

Down the line there would be the opportunity for deeper bilateral trade agreements.

But the bottom line in the short term, is that UK-Israel trade terms should not change, and therefore should not be Israel’s primary concern.

A more significant concern is that if Britain were to ultimately leave without a deal – a possibility that still cannot be absolutely ruled out – this would cause serious disruption in Britain, as trade agreements between Britain and the EU disappear overnight.

There could be delays at UK ports and shortages, and the economic shock will harm Britain for years. EU states including France and Germany would also suffer economically.

With Europe accounting for one third of Israel’s trade, this economic blow could have knock-on effects for Israel. But whilst the impact of this extreme scenario would be significant, Europe’s economy would adjust in time.

What about political relations between London and Jerusalem? Britain’s membership of the EU is not central here. The most significant aspects of UK-Israel intelligence and strategic cooperation are bilateral.

It should be said that Brexit will impact internal dynamics shaping EU common foreign policy, including towards Israel. Israeli politicians generally perceive EU diplomacy as biased towards the Palestinians.

Britain has typically resisted French-led efforts to impose the EU into the peace process, and favoured a balanced approach supporting US-led diplomacy.

Israel may therefore regret the weakening of Britain as bridge-builder between the US and Europe. Israel may also miss Britain’s influence in the EU on confronting Iran and its proxies.

The UK led the way promoting EU sanctions on Iran during the Obama administration, and went ahead of EU partners by proscribing Hezbollah in entirety earlier this year.

Britain’s international influence generally has already been seriously harmed by its preoccupation with Brexit, as demonstrated by its limited response to recent crises in the Gulf and Syria.

Therefore, even if UK-Israel ties strengthen as Britain invests in relationships outside the EU, the value of British support will be less, because Britain is likely to remain a diminished player for some time to come.

All this is regrettable from an Israeli perspective. However, the direct significance for Israel of reduced British influence in the EU and beyond is not of itself game changing for Israel’s international relations, and should not be overstated.

So what aspect of Brexit should be of greatest concern?

It is that Brexit is both symptom and symbol of a wider trend of broader significance: the rise of populist nationalism, the turning inward of major Western powers, most importantly the US, and the weakening of the Western alliance, bonded partly by the values of liberal democracy.

Some Israeli policy makers, including those around Prime Minister Benjamin Netanyahu, may enjoy what they perceive as a blow to the EU, which they consider institutionally hostile.

Netanyahu has increasingly aligned with populist leaders in Europe and beyond, who insist on national sovereignty, and resist attempts by international institutions to interfere in their affairs by promoting universal liberal values.

The backlash against liberal internationalism, and splits in the EU, suits Netanyahu, as he seeks to neuter international criticism of Israeli policies regarding the Palestinians.

There are those on the Israeli right also keen to capitalize on the anti-Muslim sentiment that European radical right parties have incited and exploited. Those parties increasingly express solidarity with Israel to bolster anti-Islamic credentials and to detoxify themselves from associations with anti-Semitism.

The Israeli right welcomes the opportunity to frame the Israeli-Palestinian conflict as part of the West’s struggle against militant Islam, rather than being caused by the unresolved occupation.

But before they celebrate Brexit as a victory for European populist nationalism and its anti-Islamic politics against liberal internationalism, they should think twice.

First, it is too soon to tell whether Brexit will weaken or strengthen the European integration project. The political chaos and economic harm to Britain will likely deter others from leaving, and Britain’s departure may ultimately strengthen EU institutions.

Second – and most importantly – the values of liberal democracy, which the EU champions, have been part of the glue attaching the Jewish state to a transatlantic Western alliance, which has broadly supported Israel and its interests.

Those liberal values have also guaranteed the welfare of Jews in Western countries. It is these trends, of which Brexit is a part, that in the broader perspective, will be most significant for Israel and the Jewish people.

By Dr Toby Greene is a Marie Skłodowska-Curie Research Fellow in the School of Politics and International Relations, Queen Mary College, University of London. He wrote this analysis on behalf of Mitvim – The Israeli Institute for Regional Foreign Policies – and a longer version of the text appeared in Haaretz.