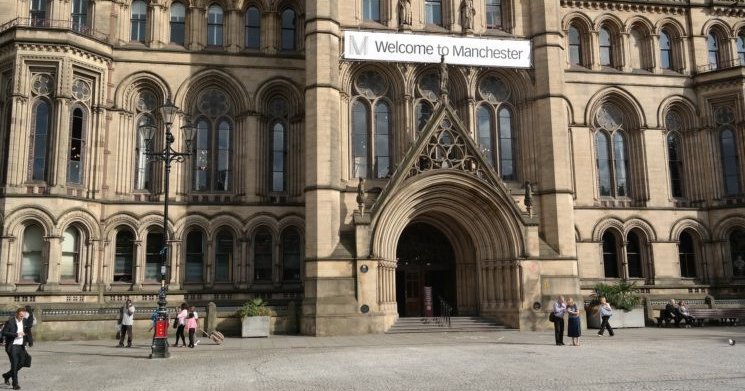 A powerful Leave narrative at the time of the EU Referendum was the idea that the ‘metropolitan elites’ of London were the major beneficiaries of EU membership. Yet this argument is empirically false.

The UK regions which voted Leave tend to be more dependent on EU markets for their prosperity than those regions which voted Remain. Moreover, if we expand this analysis and consider the EU trade-related exposure of each UK region – including all UK-EU global value-chains connected to third countries – we see the same broad pattern.

The regions which voted Leave tend to be more exposed to Brexit trade-related risks than those that voted Remain.

In contrast, the wealthier Remain-voting regions of the UK, in and around the London economy as well as in wealthier areas of Scotland, are less dependent on EU markets for their prosperity. They are also less exposed to wider Brexit trade-related risks in comparison with the economically weaker Leave voting regions.

Moreover, many Leave voting regions have also been major beneficiaries of EU Cohesion Policy and these funding streams will be lost post-Brexit.

While all parts of the UK economy are likely to be adversely affected by Brexit, these effects are likely to be much harsher in those economically weaker regions with a more limited ability to adjust. The result will be even greater inter-regional imbalances. The challenge is therefore how to respond to these shocks.

Coordinating government activities in such a complex and uncertain environment as Brexit naturally leads the government to try to centralise as far as possible. This tendency is all the stronger in an already highly centralised state such as the UK, because there are few, if any, countervailing institutions, especially in England.

The problem is that these centralising pressures go against the decentralizing, devolution agenda also being encouraged by the government.

City-regions are still too new to have either a clear voice or a well worked out vision of their role in national debates, and many Local Enterprise Partnerships have neither the capacity nor capability to be a national advocate for regional development.

This lack of clarity is critical because city-regions ought to be the constituencies articulating a post-EU regional policy (Cohesion policy) vision (in the same way as agricultural lobbies are aiming to articulate a post CAP future).

In reality, this is not happening.

A major advantage of EU Cohesion Policy was that it explicitly targeted weaker regions with long-term investment commitments. This targeting was largely independent of the politics of whichever government happened to be in power at any one time, or the lobbying power of particular industrial
sectors. The removal of the policy requires serious consideration as to what (if anything) will replace it.

The response by regional governance stakeholders to the economic uncertainty posed by Brexit varies across the national landscape. The majority have, to a certain extent, been proactive. For instance, the Scottish government is supporting its ‘Europe and External Relations Committee’ in assessing the emerging issues relating to Brexit.

This aligns with activities taking place on a city-scale. The Glasgow Chambers of Commerce, Dundee Brexit Advisory Team, and Inverness Chamber of Commerce have all reported on potential Brexit-related issues for local businesses. The Welsh Government has been less active, although it has published an Economic Action Plan, which draws upon its policy paper on ‘Regional Investment in Wales after Brexit’.

The activities of the Greater Manchester Combined Authority have been particularly impressive, with its delivery of monthly briefing papers on the economic and policy impact of Brexit. Similarly, the London Mayor’s office commissioned an independent economic Brexit analysis.

Furthermore, the Economy Committee and EU Exit Working Group have been examining impacts to ensure London’s voice is heard in the national debate.

The response by smaller city stakeholders has been less structured, although the City Council leaders of Liverpool, Leeds, Sunderland, Newcastle, Wolverhampton and Coventry, for example, have taken actions to engage with local businesses on Brexit related matters.

Birmingham and Bristol City Councils have also reassigned their European & International Affairs teams to manage the challenges of Brexit, whilst Birmingham has also supported the development of a Post Brexit Commission. However, even at this stage, it is possible to make some observations about how things will develop.

On the one hand, the re-domestication of regional policy will almost certainly mean the re-politicisation of it, making long-term commitments all the more difficult. Successive governments will have an incentive to abolish what went before.

Indeed, in a highly centralized, top-down and politically polarized governance system such as the UK, the temptation to do this will be very strong. This will make long-term decisions and the establishment of long-term policy commitments – which are essential for regional rebalancing – much more difficult.

On the other hand, the movement towards an industrial policy, in which place-based issues are a key element, ought to increase the importance of regional governance and policy in national economic thinking.

This should include new meso-level institutions and the increased devolution of industrial policy decisions to a more local level – all of which were clearly articulated by the government in the industrial strategy Green Paper. However, these ideas have subsequently been significantly watered down in the government White Paper.

It appears that the national need for greater devolution and local capacity-building is already being subsumed by central government pushing in the opposite direction.

By Dr Chloe Billing, Professor Philip McCann and Professor Raquel Ortega-Argilés. You can find a full copy of our Brexit: Local and Devolved Government report here.