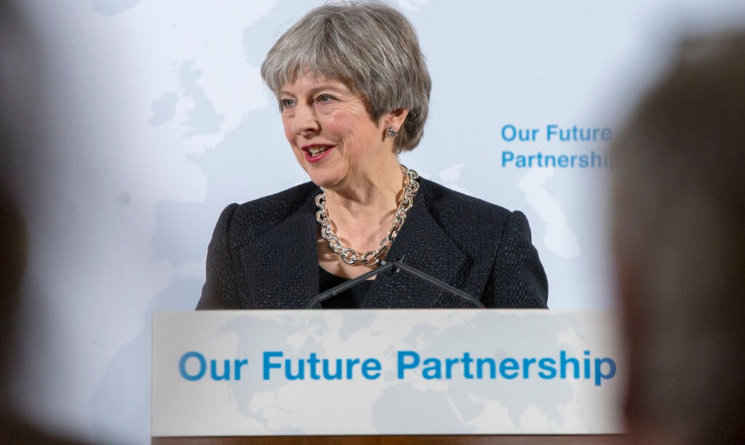 Theresa May’s recent speech sought to be something of a wake-up call to both Brexiteers and Remainers alike. The objective of the speech was to provide a summation of the current state of play as the United Kingdom and the European Union continue negotiations on the ‘road to Brexit’.

Both Remainers and Brexiteers have hitherto avoided specifics in their rhetoric when speaking about Brexit because of the broad lack of knowledge on either side. Rhetorically, this has been a good strategy to follow.

For Remainers, it has been about arguing they accept the referendum result, but that a so-called ‘Soft Brexit’ will alleviate much of the harm caused by the UK leaving the EU. In contrast, Brexiteers have been pushing for a ‘Hard’ (or ‘Clean’) Brexit whereby the UK leaves the EU, single market, customs union, and all other associated connections.

It has been possible for both sides to make these arguments since the referendum because there was no immediate need to outline exactly what will happen. Indeed, both sides were able to use emotional rhetoric to keep their respective supporters ideologically on side.

For Remainers, this was manifest in keeping European citizenship, arguing the UK outside of the EU would fail economically, and that border checks will cause chaos at the ports.

In contrast, for Brexiteers this was evident in the rhetoric of taking back control, reducing immigration (and therefore crime), closer ties with the global/US economy, and most memorably the re-introduction of blue passports. Each side used these emotional arguments to maintain support for their position whilst negotiations continued.

However, over the coming year it will no longer be possible for either side to continue relying solely on emotional arguments. This is because as the negotiations continue both the EU and UK will begin to see the practicalities of how Brexit will emerge.

Consequently, an alternative rhetorical approach will become necessary. To some extent, Theresa May’s speech represents a shift in rhetorical approach away from the emotions of Britishness/identity/global player, and more towards how the UK hopes to work with the EU after Brexit.

Needless to say one of her key messages was that the UK will be leaving the EU and that border controls and laws will be returning to the UK. Indeed, this was the first of her five tests – which arguably represent little more than arbitrary criteria against which politicians can mark themselves favourably against. This was a method used by Gordon Brown to avoid the UK joining the Euro.

For her second test she argued that the Brexit deal must be able to endure the test of time and that it is solid enough to represent a long lasting re-defined relationship. Thirdly, jobs and prosperity must be protected and that the goal of closer economic ties can be possible outside of the EU. Fourthly, May returned to the theme of what kind of country the UK intends to be: an outward-looking country on the world stage that celebrates British history.

This message spoke very much to the arguments used in her Lancaster House speech. And finally the Brexit deal should not be a risk to the integrity of the United Kingdom, and that it should represent the interests of each part of the UK. Given the issues presented by the Scottish Nationalists and the border in Northern Ireland this was particularly important.

Interestingly, May also highlighted what the UK did not want. She rejected existing models as unworkable. For example, the relationships between Norway or Canada and the EU would not work for the UK, because of the levels of access the UK and the EU currently enjoy to each other’s markets.

Also the UK economy is very different to either of those countries; and population levels need to be taken into account.

Rhetorically, this is an attempt to distance the UK from some of the arguments made by Brexiteers and Remainers alike that other national relationships can be used as a model for post-Brexit Britain.

She also highlighted the problems faced in Northern Ireland, particularly in terms of a possible hard border and the threat that poses to the increasingly delicate peace process.

To address this she sought to cast the problem as one in which all partners have a role to play in finding a solution. The UK and Irish government, and the EU each have a vested interest in ensuring a workable solution can be found.

This argument ensured she did not need to set out an immediate strategy, however it does underline the significance of the Northern Irish border and the difficulties in finding a workable solution whilst Brexit negotiations continue.

May sought to compel Brexiteers and Remainers alike to ‘face up to some hard facts’ about Brexit and the difficulties it represents. Indeed, she highlighted that leaving the EU, single market and customs union will mean ‘life is going to be different’.

This is because, she argued, ‘access to each other’s markets will be less than it is now’. She also highlighted that once the UK has left the European Court of Justice, its decisions will continue to have an impact on the UK and how we operate as a country.

Furthermore, UK courts will need to continue referring to the ECJ even after Brexit when required to do so.

Fundamentally, however she sought to argue that the future relationship between the UK and the EU will be largely economic. This necessitates the formation of a trade deal with the EU, alongside the ability for the UK to make trade deals with the wider world.

Indeed, as May notes, the EU is the UK’s largest marketplace. and this must continue as much as possible outside the single market. Such a deal, she argues, must be fair and one that benefits both parties.

Needless to say there are many other areas which the speech discussed. For example, Data Protection, the fisheries, workers’ rights, and employment law. But the essential purpose of the speech was to draw a line under some of the ‘campaign rhetoric’ that has continued to inform the debates since the referendum.

Put simply, there is no longer the luxury of emotional self-indulgences as the realities of Brexit must now increasingly be faced. We are leaving the EU, single market, and customs union – but the strategy of the government, based on May’s speech, will be ensure that post-Brexit the UK continues to enjoy as much unfettered access to the European markets as possible whilst continuing to co-operate on a range of other areas such as crime and terrorism.

By Dr Andrew S. Crines, lecturer in British Politics at the University of Liverpool. He researches oratory and rhetoric in British party politics.