The rise of four party politics: the new normal and its consequences 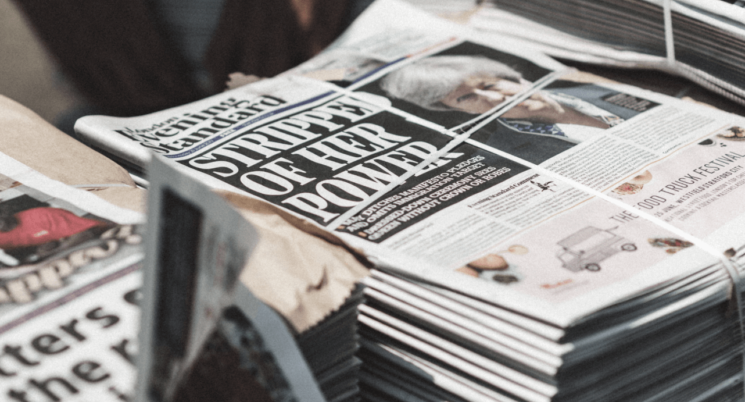 UK politics is in a period of upheaval, the nature and scale of which is unprecedented. One example of this is the effective four way split between Labour, Conservatives, Brexit Party, and Lib Dems in estimated public support: a recent YouGov poll put all four parties within a few points of 20 percent each.

What that means for the distribution of seats in a general election is impossible to say due to the intricacies of First Past the Post. Such elections are effectively determined by 650 mini-contests in individual constituencies, and how this four-way split will play out is so dependent on local variations as to defy prediction. In addition, with the volatility of the Brexit process the context of the next general election and how that will affect voting intentions are equally difficult to predict.

Political inertia being what it is, it is entirely likely that both polls and actual voting behavior will return to a ‘normal’ two-way contest between Labour and the Conservatives. However, as Rob Ford put it recently, ‘every week it doesn’t happen increases the chance that it won’t happen’.

This has a number of implications for voters, MPs and party managers. For voters, it means that the psychological block on voting for ‘not the Big Two’ due to fear of wasting one’s vote is reduced. The four-way split means that ‘taking a risk’ on either Lib Dems or the Brexit Party, rather than holding one’s nose and voting tactically, is increasingly attractive. This creates a virtuous (or vicious, depending on your perspective) cycle of solidifying support for ‘not the Big Two’.

This, in turn, has a powerful impact on the Big Two. One example of this is the overwhelming success of Boris Johnson in the parliamentary part of the Conservative leadership contest. Last time Johnson made a stab for the Conservative Party leadership his biggest challenge was ‘getting out of the House’ – that is, being in the last two contenders and so being presented to the members – a challenge he was unable to meet.

This time around he stomped all over his rivals, partly because of Conservative MPs’ hope (justified or not) that Johnson can save them from the Brexit Party surge. So, despite being just a few months old the Brexit Party is already having a major impact – in this case by flattening parliamentary opposition to Johnson.

The problem is that whilst Johnson is arguably the only leading Conservative with the potential to ‘out-Farage’ Farage, that comes at a cost, both in terms of the loss of centre-leaning voters, and a high risk of splitting the very party he seeks to lead.

There is already serious criticism of Johnson’s approach to Brexit and fears of defections if (well, when) he becomes Prime Minister. Defections are generally not something that the Big Two have to worry a great deal about. It has long been recognized that political start ups do not fare well in UK politics, something which some still seem to have ‘massively underestimated’.

However, for MPs, the four-way split means the incentive to stay in a ‘Big Two’ despite massive differences with the leadership’s line may be weakening. This is something which is likely to be a problem for both Labour and the Conservatives. Both parties have lost voters to newly viable homes in the Lib Dems and the Brexit Party.

Now, with the Tory parliamentary opposition to Johnson’s approach to Brexit, and growing unrest in Labour caused by Corbyn’s reluctance to take a firm stance on issues such as Brexit, the threat of de-selection of centrist MPs and the oozing sore that is anti-Semitism, MPs in both parties may be tempted to take the four-way split in the polls for a spin and see what it can do electorally.

At the moment this may look to benefit mainly the Lib Dems as centrist MPs in the Big Two look for alternative homes. Yet, in the almost inevitable case of Johnson being forced by reality to go ‘soft’ on Brexit, the feeling of betrayal amongst his Leave-at-all-costs parliamentary supporters may tempt some of them to look to the Brexit Party for a home unsullied by compromise.

If the four-way split continues into the next general election it is, as mentioned above, virtually impossible to predict how it will work out in terms of seat share. Nevertheless, if the exact seat share is difficult to predict, it is probably not too unreasonable to suggest that the result is likely to be another hung Parliament, potentially with Lib Dems and the Brexit Party having quite a significant parliamentary presence.

It is also likely that some parties, especially Lib Dems and the Brexit Party, but in the current climate of upheaval and uncertainty also possibly either or both of the (former) Big Two, being short changed in their seat share compared to their vote share. Parties shortchanged in this way have a tendency to extol the virtues of proportional representation – indeed, the old Liberal Party were converted to those very virtues only after they were relegated to third place in the 1920s.

In addition, Nigel Farage is (or at least was) on board with proportional representation – one of the few areas where he is on the same page as the Lib Dems, the Green Party, and Plaid Cymru.

It is possible that the deeply fragmented electoral landscape will re-coalesce back into its old familiar form of the Big Two taking the lion’s share of the vote, and the entire pride’s share of the seats, with a few scraps left for everybody else. In the likely case that it does not, and the four-way split continues into the next general election, those short changed by first past the post are likely to be in a powerful position to demand proportional representation in return for their support for a likely minority government.

If that is the case the Brexit Party’s pledge to ‘change politics for good’ would certainly have been achieved – whether ‘permanently’ and/or ‘for the better’ is probably a matter of perspective.