The role of the Speaker 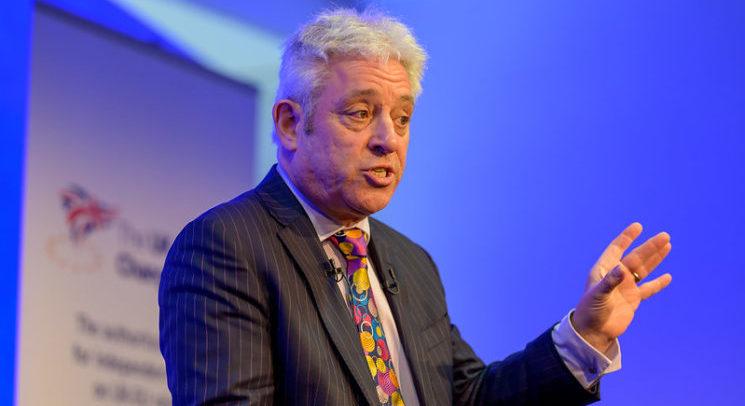 The Speaker of the House of Commons is the chamber’s chief officer and highest authority. The Speaker’s roles include making rulings on procedure and deciding which amendments get selected for debate and decision by MPs.

During the height of the parliamentary dramas over Brexit in the 2017-19 parliamentary session, the decisions of Speaker John Bercow were often high-profile and controversial. To some he became the champion of the rights of the legislature, but to others he was guilty of politicising the office and breaking established conventions.

What is beyond dispute is that the government’s lack of an overall majority after the 2017 general election put the Speaker in a powerful position.

It is also true that some of his high-profile procedural decisions showed that he was willing to depart from established precedent in order to ensure that the House of Commons, rather than the government, prevailed. Now that the UK has left the EU, it is possible to take a step back and examine the impact of the Speaker’s decisions.

Initially the government’s position on the House of Commons’ role over Brexit, in the aftermath of the referendum, was noncommittal. The Prime Minister indicated that MPs would have the final say, but avoided saying more.

The Withdrawal Agreement is an international treaty and this meant that there was no established parliamentary process for MPs to supervise ministers’ approach to the negotiations or to approve the final deal.

Through parliamentary pressure, the government was eventually forced to concede to a more structured process for Commons approval, which became known as ‘the meaningful vote’.

Throughout these debates, the government wanted MPs to face a simple take-it-or-leave-it vote. Ministers resisted proposals that would have allowed the House of Commons to pass amendments that could ‘direct’ their approach to negotiations.

This was challenged by the meaningful votes process which parliamentarians sought to impose on the government during the debate on the EU (Withdrawal) Bill. In June 2018, the government argued that the ‘next steps’ motion, in the event that the Commons rejected the Brexit deal, should be unamendable, meaning that MPs could not put forward alternative propositions to shape the government’s response.

This approach sought to limit the House of Commons’ ability to express its view on the Brexit deal, thereby also limiting the role of Speaker in selecting which amendments should be debated. Even though amendments to a government motion might not be legally binding, they could have far-reaching political impact. This seemed to be precisely what the government was seeking to prevent.

But in late 2018 and early 2019, the government’s position was unravelled through a series of decisions made by the Speaker. On 4 December, he made a bold decision to select an amendment from former Conservative Attorney General Dominic Grieve, which on its face was outside of the scope of the Business of the House Motion which it sought to amend.

This amendment, which was passed against the government’s wishes, ensured that any ‘next steps’ motion could be amended. Hence MPs gained the potential to direct, at least in political terms, the government’s approach to the negotiations.

On 15 January the government’s motion on the deal was indeed roundly defeated by MPs in the first meaningful vote, leading to debate on 29 January on the ‘next steps’ motion.

The order of decision was also important, to prevent the House making contradictory amendments. These selections by the Speaker were not controversial, but were nonetheless significant in facilitating debate about MPs’ substantive concerns over Brexit.

Two amendments tabled by Conservative backbenchers were agreed: Caroline Spelman’s rejecting no deal, and Graham Brady’s calling for an alternative to the Northern Ireland backstop. Both proved to be important in setting the government’s future direction.

The Speaker made various other controversial rulings. Arguably the most controversial was his decision on 3 September 2019 to allow MPs to take control of the timetable. Standing Order No. 24 allows the Speaker to grant ‘emergency debates’ – which the government, crucially, cannot prevent. Such debates have traditionally been held on ‘neutral’ motions, which have no substantive effect.

The Speaker decided to break from tradition and to allow an emergency debate on a motion to take control of the order paper. This decision facilitated the passage of the ‘Benn Act’ which was designed to stop a ‘no deal’ exit on 31 October 2019 (as discussed in Daniel Gover’s contribution). It is impossible to know whether the UK would have left with no deal in October but for the Speaker’s decision; however this is certainly a possibility.

The long-term implications of the Speaker’s most contentious rulings is not yet clear. There is a risk that the principle arguably upheld by his decisions, that the Commons, as the democratic elected legislature, should decide the country’s future, will be overshadowed by accusations that he was motivated by his opposition to Brexit.

Overall I suggest that there is a positive story to tell about Bercow’s role in facilitating MPs’ scrutiny of Brexit. The Speaker’s contribution should not be judged solely on his perceived or real political motives. In the context of a legislature of 650 MPs, which takes decisions by majority vote, this risks overstating the importance of one individual.

In reality, in the 2017-19 parliamentary session, the effects of the Speaker’s routine and non-controversial decisions in facilitating MPs’ decisions over Brexit were often equally significant to his most controversial rulings. On his own he could only ever enable decision making, with the final policy choices left to the majority of MPs.