The second reading of the EU Withdrawal Bill: beginning of the end or end of the beginning? 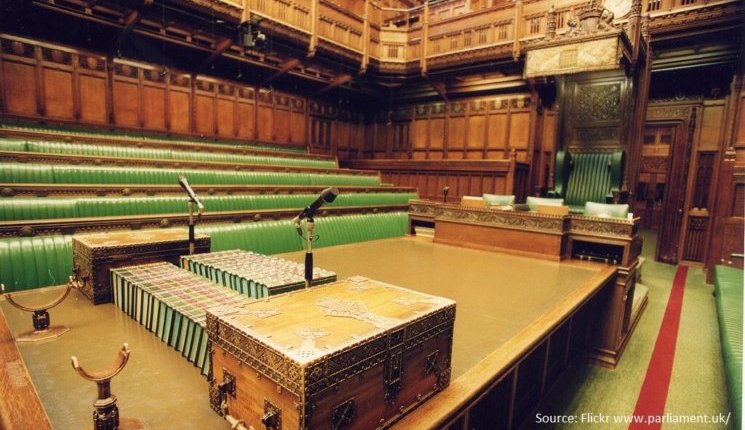 The second reading of the EU Withdrawal Bill marks another important milestone in the UK’s journey to formally exit the European Union on 29 March 2019.  Legally, this Bill is a necessary step to enable the UK to end the supremacy of EU law by repealing the European Communities Act 1972.

Furthermore, if the Bill secures royal assent, it will convert, as far as possible, all existing EU law into UK law. However, not all existing EU law can be converted in this ‘efficient’ manner, for example, some EU laws refer to the EU Institutions or are dependent upon EU action. In such circumstances, the Bill proposes to give ministers powers to take ‘corrective’ measures through Statutory Instruments to give these laws legal effect in the UK. This is not without controversy.

The government majority of 36 at second reading appears comfortable, especially in the light of the government’s rather slender overall working majority of 13. However, it masks the deeper problems that are likely to lie ahead with the Bill’s passage through the upcoming committee stage in the House of Commons. It is at this point in the parliamentary process that the Bill will be subjected to detailed line-by-line scrutiny.

Moreover, the committee stage provides MPs with an opportunity to exert their influence and shape the Brexit process. Following the second reading vote, MPs have proposed 136 amendments to the Bill raising the distinct possibility that the final Withdrawal Bill may look substantively different from that published in July 2017.

So where do the likely battlegrounds lie in the coming months as the Bill goes though its committee stage in the House of Commons? Well, there are two major issues that are likely to dominate the discussions of MPs. The first is the Bill’s proposal to grant ministers powers to take ‘corrective’ measures, through the use of Statutory Instruments, in circumstances where existing EU law cannot be converted into UK law through the enactment of the Withdrawal Bill.

During the second reading debate many MPs, from all sides of the House of Commons, raised concerns that such powers for ministers would undermine parliamentary scrutiny, with some MPs referring to the proposals during the debate as creating an ‘elective dictatorship’ by placing significant legislative powers in the hands of ministers.

So why is the inclusion of these proposed powers in the Bill, often referred to as Henry VII powers, considered to be so controversial? The name ‘Henry VIII powers’ refers to the Monarch’s powers arising from the Statute of Proclamations 1539 which gave the Henry VIII the power to legislate by proclamation and without parliamentary involvement. Many MPs have likened the proposed ‘corrective’ powers in the Withdrawal Bill to be granted to ministers as amounting to rule making by decree, similar to that of Henry VIII.

Though ministers have sought to reassure MPs stated that these powers will be used sparingly and primarily to make technical corrections to UK laws, and not to make substantive policy changes, opponents argue that ministers, and not Parliament, will be handed sweeping powers to legislate without appropriate democratic safeguards. The government estimates that 800 to 1,000 statutory instruments will be required to make sure the Bill functions properly which, by any measure, is not an insignificant number of legislative acts.

The second battleground is likely to arise when MPs consider amendments that would offer them a ‘meaningful vote’ on the final Brexit agreement made with the EU. This is an issue that MPs have consistently raised since the Referendum and the Labour Party proposed an amendment to the Article 50 legislation in January 2017 which would have allowed for a meaningful vote in Parliament on the final Brexit deal, but which was defeated.

Similar amendments have been tabled to the Withdrawal Bill after the second reading vote with one significant proposal requiring the final Brexit deal to be approved by a parliamentary statute, thereby giving MPs the right to propose changes to the final deal. Nine Conservative MPs, including the former Attorney-General Dominic Grieve, have backed this amendment, and this could pose a serious threat to the government’s parliamentary majority of 13. Though the government has made a commitment to give MPs a vote on the final Brexit deal, that offer does not come close to what this amendment is proposing and would be more likely to simply offer an opportunity for a ‘’yes’ or ‘no’ vote on the final deal.

The committee stage is, first and foremost, an opportunity for MPs to have their say on the Brexit process, and it is likely that in the coming months MPs from all sides of the House of Commons will create temporary cross-party alliances on issues which may undermine the government’s majority.

Brexit is nothing if an organic process where parliamentary allegiances will not necessarily conform to traditional party lines. This is particularly likely to be the case on the issue of giving Parliament a meaningful vote on the final deal, where there is a broad consensus on the principle of a final vote for Parliament on the Brexit deal.

The approval of the Withdrawal Bill at second reading was an important step in the Brexit process, but one which was not wholly unexpected.  MPs recognise that with a small majority, and time running out to conclude the negotiations, the government will need to compromise in order to secure parliamentary approval.

They appear to have calculated that better opportunities for amendments to the Bill exist at committee stage that at second reading. Moreover, once the process has completed its passage through the Commons, the Bill goes to the House of Lords which, no doubt, will scrutinise and seek to amend further the contents of the Bill.

The Brexit process is edging forward, but the second reading vote should not be viewed as suggesting that Parliament approves, or will approve, the government’s approach towards Brexit or, for that matter any final Brexit deal. MPs, emboldened by a small government majority, are picking their battles carefully to maximise their influence.

Yes, the government is delivering Brexit and the passage of the second reading could be considered as end of the beginning of that process, but it would be premature and unwise, given the remaining parliamentary hurdles, to suggest that the Brexit process is at the beginning of the end.

By Adam Cygan, Research leader at The UK in a Changing Europe and Professor of EU Law at the University of Leicester.