The SNP conference: Europe and independence, yes but how? 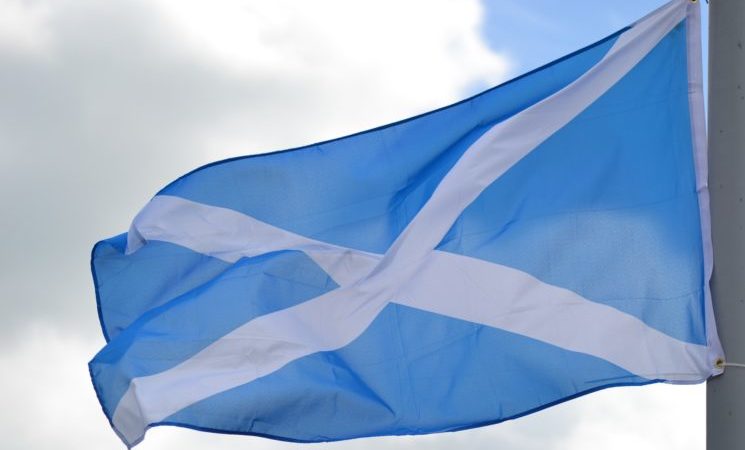 It used to be that the SNP could hold their annual conference anywhere in Scotland, but in recent years, they are limited to locations such as The Event Complex in Aberdeen.

This is because, as the SNP state on their own website, the ‘conference continues to get bigger each year, attracting thousands’.

This year will see thousand gathering, with special media attention on issues such as Europe and independence.

Never far from any SNP agenda these themes, in the age of Brexit politics, remain central.

Like many major political party conferences, the actual event itself is very carefully stage-managed and public disagreements are rare.

Defeats of leadership supported party policy are even more so.

Real debate takes place in fringe events, where activists and attendees dispute and challenge policy outside of the formal and official party programme of events, and where they can be ignored by the party as required.

Such is the stage-managed nature of modern SNP conferences that in recent years key events such as speeches by the party leader and Scottish First Minister, Nicola Sturgeon, have seemed more like an American political rally than the supreme governing body setting an agenda and policy direction.

Public disagreements are rare, and while there may be feisty debate around key issues, the SNP work hard, like other parties at their annual conferences, to be seen as one big family.

The party discipline of the SNP is considerable, almost legendary in political circles and at conference what the leadership seeks, it usually gets.

Nonetheless, key differences do publicly arise, albeit rarely, and they are usually focused on post-independence Scotland, and its relationship to Europe and the wider world.

In October 2012, the SNP reversed its long-standing opposition to NATO membership, although the formal vote of 426-332, the subsequent resignation of two MSPs, and the continued opposition of the party’s youth wing, served to emphasise the divisive nature of the decision.

A more recent example was the debate on the currency Scotland might use after independence.

While the party has set up a formal commission to discuss the issue, and the original policy had been the continued use of the pound sterling, in early 2019 delegates voted for a distinct Scottish currency being introduced as fast as possible.

This was perhaps only a symbolic defeat for the leadership, but the conference was making a clear point.

This debate was firmly focused on an independent Scotland being able to (re)join the European Union at the earliest opportunity, as the EU requires an applicant state to have its own currency.

While differences, and leadership losing conference debates is rare, if any party is ready for a public policy battle, it would be the SNP.

It is a party that advocates independence for Scotland and so it draws members, activists and elected officials from across the ideological spectrum.

Individuals who might otherwise be in a left wing, right wing, or centrist party all find themselves under the same banner, as they fight for an independent Scottish state.

It is this very debate that will be the biggest challenge that the leadership, and especially Nicola Sturgeon, faces at this conference, as the long-running argument between what used to be called the ‘fundamentalists’ and the ‘gradualists’ continues.

The debate about how to achieve an independent Scotland gains added attention with the prospect of Scotland being outside the European Union.

While a majority within Scotland voted Remain in the UK referendum on the EU, the majority of the UK itself voted to leave.

The SNP see this as Scotland being ‘dragged out’ of the EU against the popular wishes and thus has been adamantly and vocally pro EU throughout the Brexit debate.

At the same time, Boris Johnson, the current UK Prime Minister has made it clear that he will not agree to Scotland holding another referendum on Scottish independence.

This agreement is required as Westminster has the power of reserved authority over constitutional matters, and Scotland cannot hold any referendum without formal permission of the UK – what is known as a Section 30 order.

Yet some SNP activists, and elected officials, argue that Scotland should do just that.

Others in the SNP argue that if the UK government continues to refuse permission to hold a referendum then the party should initiate a ‘Plan B’.

It is likely that this SNP conference will see activists attempt to have a formal debate on any potential Plan B inserted into the official conference programme.

It is just as likely that the leadership will attempt to avoid this.

What would such a plan actually be?

The arguments range from holding an unofficial/non-legal referendum as Catalonia did two years ago this month.

Another argument, once party policy, is to declare independence unilaterally, if the SNP gain a majority of the Scottish seats in a UK-wide General Election.

The party gaining such a majority is highly likely to occur.

In 2015, the SNP gained 56 of 59 Scottish seats as a result of the collapse in electoral support for Scottish Labour.

Many in the party argue that the losses were down to the continued focus on holding another independence referendum.

Whatever the potential outcome, opinion polls do indicate that the SNP would be the single largest party in terms of Scottish MPs in the next Westminster Parliament, whenever that election finally arrives.

Thus, the biggest battle at this conference will indeed be about Europe.

The settled policy of the SNP is an independent Scotland, in the EU.

As Brexit would see Scotland out of Europe, the SNP would prefer a swift Scoxit – Scotland leaving the UK – followed by a swift return to the European Union.

How that is to be actually achieved may not be the headline of this SNP conference, but will be the underlying debate.