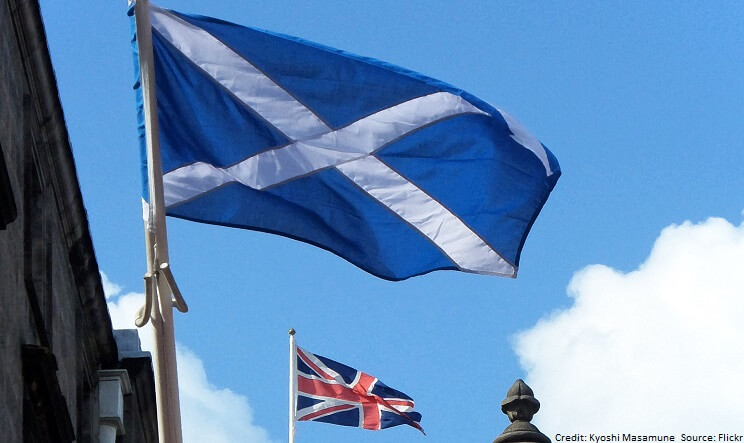 Superficially, the European Parliament election next week is an irrelevance. Voters are being invited to elect representatives to an institution from which the UK is meant to be withdrawing in the next few months. Those elected may not even have the opportunity to take their seats at all.

However, elections can have an impact well beyond their formal role. In particular, they can have a psychological impact. A party that does badly not only loses seats but, for the time being at least, credibility, while its policy platform is deemed to have been rejected by voters. Conversely a party that is thought to have done well speaks with a new authority, and its policy proposals are regarded seriously.

The ability of elections to affect the political mood in this way has been very much in evidence in Scotland in the last two years.

Shortly before the 2017 UK election Nicola Sturgeon felt sufficiently confident to announce that she wanted to hold another referendum. But then in the snap UK general election held just a few weeks later, her party lost 21 of the 56 seats it had secured two years earlier. Rightly or wrongly, the result was widely regarded as a rejection of the First Minister’s proposal that there should be a second referendum, and shortly after the election Ms Sturgeon deemed it wise to put her ambition on hold.

Conversely, on the other side of the nationalist/unionist divide, the Conservatives emerged from the 2017 election with their best performance for over 30 years, a result that seemed to confirm the evidence from the previous year’s Scottish Parliament election that the party had now displaced Labour as the principal voice of unionism.

The party interpreted the result as a vindication of its opposition to a second independence referendum. Indeed, whereas hitherto the party’s stance had been “not now”, since the 2017 election it has often given the impression that what it really means is “not ever”. In any event, the days when UK governments persistently felt the need to make concessions to Holyrood in order to stem the nationalist ‘threat’ have appeared to be over.

However, if polls of how Scotland will vote in the European elections on 23 May are at all correct, the political mood north of the border could be about to be reset once again. The nationalists look set to emerge from the elections as winners with momentum, while the Conservatives could look like sorry losers whose recent revival has been stopped in its tracks.

Two polls conducted to date suggest that the SNP are set to win some 40 per cent or so of the vote. Not only would that represent an 11-point increase on what was a relatively disappointing performance by the party in the last European elections in 2014, but it would also be an all-time record performance for the party in any Euro-ballot, surpassing the 33 per cent the nationalists won in 1994.

It would also represent an improvement (of three points) on the party’s performance in 2017. Being able to claim that Scotland has swung back towards the party in the last two years is probably the claim that above all the SNP would like to be able to make after the votes have been counted.

Underpinning the SNP’s position are two key patterns. First, the party has relatively little competition for the votes of the near one-half of Scotland that voted Yes in 2014, around two-thirds of whom say they will back the party.

Second, the SNP seems to be winning the battle for the support of those who voted Remain in the EU referendum, no less than half of whom are in the nationalist camp. The party’s support not only for another independence referendum but also a second EU referendum seemingly assures it of a substantial vote on 23 May.

For the Conservatives, in contrast, the initial Scottish polls of European voting intention have been deeply disturbing. One put the party’s support on 16 per cent, the other on just 10 per cent. Meanwhile, recent Britain-wide polls suggest that the party’s support has fallen away even further. The party could be heading for its worst Euro-election performance, previously 14.5 per cent in 1994.

Even in Remain-voting Scotland, most Scottish Conservatives backed Leave, many of whom are now disappointed by the failure of the UK to leave the EU on 29 March. As is the case south of the border, many of them are minded to express their disappointment by backing Nigel Farage’s Brexit Party.

Any such outcome would undermine the Conservatives’ ability to represent itself as the principal voice of a newly confident unionism. The party might find itself trailing Labour – and maybe even the Brexit Party – in the overall Scottish vote tally.

Not that Labour, which could also emerge with less than a fifth of the vote, looks well placed to fill the Conservatives’ shoes. Rather the collective forces of unionism could simply emerge from the Euro-election appearing fragmented, divided and disorganised – in the face of a reinvigorated and united SNP.

Largely symbolic though the Euro-election might prove to be, that does not necessarily mean that it will not matter. Scottish politics could look and feel rather different in little over a fortnight’s time.

By Sir John Curtice, Senior Fellow at The UK in a Changing Europe. This piece was originally published in The Scotsman.