The (sorry) state of the European Union 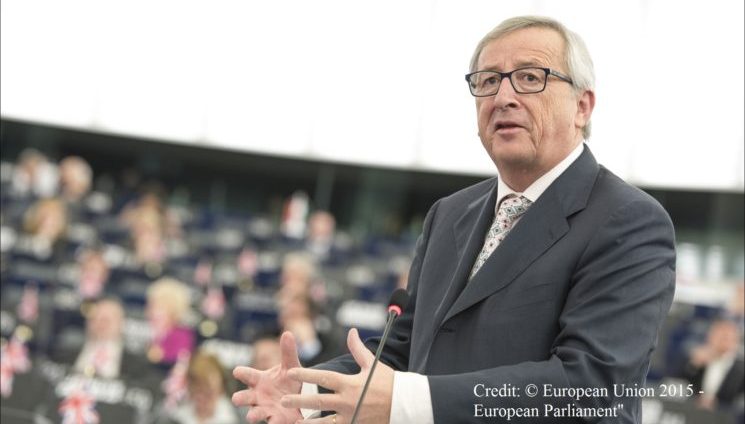 The 14 September sees the annual address by the President of the European Commission, Jean-Claude Juncker, to the European Parliament on the state of the European Union. As the first major policy statement since the UK’s referendum in June, it offers a potential useful insight into what we might expect from the EU as we move towards the start of Article 50 notifications.

The address itself is modelled on the American state of the union address, although the Commission President’s powers are far less developed than the US President’s, with commensurately less public interest in its contents. However, as a reflection on the previous year and a statement of intent for the coming one, the speech is one of the key fixtures in the Brussels calendar.

Consequently, the address will be closely watched for its consideration of Brexit, not least because it will reveal more about how Juncker plans to position himself. Since June there has been some jostling for position between the Commission and the European Council to take the lead in Article 50 negotiations, with both appointing teams. This week’s announcement by the European Parliament that it will also be doing the same threatens to further complicate the picture, so Juncker needs to make the case that – as the guardian of the treaties – the Commission is best positioned to represent the common interest of the EU27.

However, not only is he unlikely to be successful in this – member states have been clear that they will be keeping very close tabs on this – but it does not address the more basic question of what kind of post-Brexit deal might be on offer to the UK.

The summer break has highlighted the differences between member states over the UK, so as much as Juncker is likely to reiterate the integrity of the four freedoms of movement as the core of the EU’s position, it is not really in his gift to define what might be acceptable. Ironically, it will be his audience, the European Parliament, that will have more power, given its need to approve any Article 50 deal. Potentially this suggests that an alliance between the two institutions might be mutually beneficial, but the personality politics between Juncker and his Parliament counterpart, Martin Schulz, make this less likely.

The biggest problem that Juncker faces is that until the UK formally notifies the EU, there is no Article 50 process and no locus standi for the Commission (or anyone else) at all. Thus the most likely focus of his comments will centre on the need for the UK to push the button, so that all sides can know better where they are in the process. True as that might be, the continued absence of a British position on how to proceed post-referendum couples with the recognition that Article 50 gives the UK very little say in the deal to mean that Theresa May will continue to hold the line that notification will only come when the UK is ready.

Of course, pressing though Brexit might be, it is not the only – or even the most urgent – of issues and Juncker will have much else that he wants to address. That he has much more chance of succeeding in these other areas further heightens their importance.

The European economy remains in a fragile condition, so the impetus to Eurozone reform will remain, albeit in the face of some stiff opposition from some member states. Similarly, the need to revisit and bolster the Schengen system of free movement has been made only more urgent by the attempted coup this summer in Turkey, which has complicated relations immensely. Add in concerns about the status of the Trans-Atlantic Trade and Investment Partnership (TTIP), Russian adventurism across Eastern Europe, a big push on combatting international tax competition and suddenly Brexit looks like something to be parked for now.

Perhaps tellingly, the UK is concerned by, and with, all of these issues, but now finds itself in a limbo, neither properly in the EU, but also not clearly moving out. Should any of these other areas turn critical – a financial crisis, open conflict to the East or South of the EU – then the British public will be reminded that ‘Europe’ hasn’t gone away because of the referendum.

If Juncker can provide a plan to allow for all sides to find a new modus vivendi, then the state of the EU address might finally get the attention in the Union that it has lacked so far.

By Dr Simon Usherwood, senior fellow at The UK in a Changing Europe.