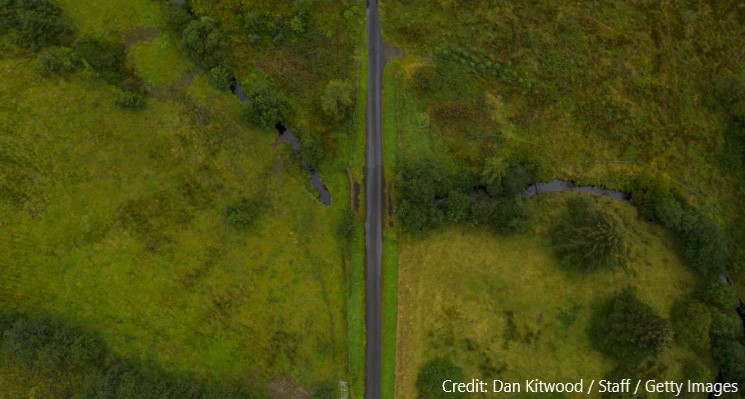 The purpose of the Brexit transition period is to provide time to determine and put in place the essentials of the future UK-EU relationship.

This includes not only negotiating the terms of a trade agreement, but also importantly preparing for those arrangements arising out of the Withdrawal Agreement, notably those in the Protocol on Ireland / Northern Ireland which will enter fully into force at the end of transition.

An important focus of the first meeting of the UK-EU Joint Committee on 30 March was the implementation of the Protocol, and it was made clear that the Joint Committee will again be reviewing progress on preparations when it next meets in June.

Future meetings will also be discussing key decisions that the Joint Committee needs to take for the Protocol to be fully implemented.

Preparing the work of the Joint Committee will be the Specialised Committee on issues related to the implementation of the Protocol on Ireland/Northern Ireland.

The Specialised Committee for the Protocol on Ireland/Northern Ireland comprises EU and UK representatives, and will be co-chaired by the UK and the EU. The exact composition is not yet known, but representation will be at the level of officials.

On the EU side, the European Commission can be accompanied by a representative of Ireland where ‘issues are specific to Ireland/Northern Ireland’.

The Specialised Committee meets for the first time on 30 April. It has important issues on its agenda. A first task is to take stock of preparations for the implementation of the Protocol on Ireland/Northern Ireland.

This will include consideration of UK plans for the introduction of customs procedures for goods entering Northern Ireland from the rest of the UK, as well as for the necessary sanitary and phytosanitary controls, and other regulatory checks.

While Boris Johnson may persist with his ‘no checks in the Irish Sea’ rhetoric, it is clear from the Protocol that the UK needs to prepare for checks so that it can meet its obligations under the Withdrawal Agreement.

Michel Barnier, following the second round of negotiations on the future UK-EU relationship and referencing the work of the Specialised Committee was clear:

“We need clear evidence that the UK is advancing with the introduction of the agreed customs procedures for goods entering Northern Ireland from Great Britain.

We need clear evidence that the UK will be able to carry out all necessary sanitary and phytosanitary controls, as well as other regulatory checks on goods entering Northern Ireland from outside the EU as of January 2021, in eight months’ time.

… the faithful and effective implementation of the Withdrawal Agreement is absolutely central to our ongoing negotiations.”

A further agenda item for the Specialised Committee is to progress preparations for four sets of decisions that the Joint Committee will be taking prior to the start of the transition period.

The first set concerns the movement of goods entering NI ‘from outside the [EU]’ – importantly, this means from Great Britain.

The Joint Committee needs to determine, for example, which goods are not ‘at risk’ of onward movement into the EU and so can be exempted from EU customs duties. Applicable tariffs will have to be paid on imports into Northern Ireland of all other goods coming from the rest of the UK.

A further set of decisions concerns agricultural subsidies to producers in Northern Ireland.

In order that they can retain access to the EU market, the Joint Committee needs to agree the ‘maximum exempted overall annual level of support’ for agricultural producers in Northern Ireland.

The Specialised Committee is where discussions in preparation for the Joint Committee’s decisions will take place.

Similarly, assuming the matter is not settled in a wider UK-EU agreement, the Specialised Committee needs to be preparing the ground for a Joint Committee decision on ‘the conditions [including quotas] under which certain fishery and aquaculture products… brought into the [EU] customs territory… by vessels flying the [UK] flag and having their port of registration in [NI] are exempted from duties’.

This is important. From the end of the transition period, imports of fishery and aquaculture products into the EU customs territory will be treated as third country imports, even where caught by UK fishing vessels with the port of registration in Northern Ireland.

Trade in fish and aquaculture products is not covered by the Protocol on Ireland/Northern Ireland, but tariff exemptions can be agreed.

A final set of decisions for which the Specialised Committee will be preparing the Joint Committee concerns EU supervision of the Protocol’s implementation.

Here, the ‘practical working arrangements relating to the exercise of the rights of Union representatives’ have to be agreed. And this is a sensitive issue as seen in the discussion already on whether the EU should have a presence in Northern Ireland.

A third agenda item for the Specialised Committee on 30 April is preparatory work for a Joint Committee decision on ‘the correction of errors and omissions’ in the Withdrawal Agreement and so also the Protocol.

The Joint Committee may, up until the end of the fourth year following the end of the transition period and subject to a number of limitations, adopt amendments to the Withdrawal Agreement ‘provided that such amendments are necessary to correct errors, to address omissions or other deficiencies, or to address situations unforeseen when this Agreement was signed, and provided that such decisions may not amend the essential elements of this Agreement’.

This may appear to provide an opportunity for the UK to seek to re-visit some of the Protocol’s provisions and secure some additional flexibility from the EU.

However, this would be to over-interpret the scope and purpose of what was envisaged with the provision, which is limited to essentially technical adjustments of the text.

Fourth the Specialised Committee is to consider the role of the Joint Consultative Working Group established by the Protocol ‘as a forum for the exchange of information and mutual consultation’.

This will meet monthly after transition, and, although its exact composition is still to be determined, it has the potential to ensure that expert and other voices from Northern Ireland can be heard in the implementation of the Protocol.

So, there are some significant issues on the agenda of the first meeting the Specialised Committee dealing with the Protocol on Ireland / Northern Ireland on 30 April. Its work should not be overlooked.

The Covid-19 crisis across the Irish border