The Supreme Court has given parliament real teeth, but its verdict does not mean the end of Brexit 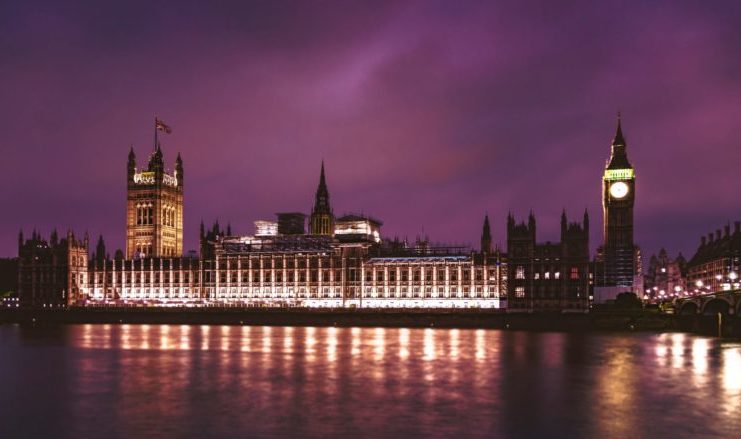 Parliament has acquired real teeth. It has taken the highest court in the land to make this clear. Parliament 1: The Executive 0.

To carry on the sporting metaphors, it’s a slam dunk for parliament. And parliament must now rise to the occasion.

The fundamental question was whether the Prime Minister acted unlawfully in advising (in practice telling) the Queen to prorogue (suspend) parliament for five weeks at the most constitutionally challenging times in our nation’s recent history.

A unanimous and full court of eleven justices said a resounding and emphatic yes.

They argued as follows. First, they said this matter was justiciable. This means that the courts have the right to rule on the case, as the Scottish Court had ruled.

The High Court of England and Wales in the Miller case had said the opposite – because this case concerned high politics and policy, there was no right for the Court to intervene.

But the Supreme Court said courts have exercised a ‘supervisory jurisdiction over the lawfulness of acts of the Government for centuries’.

They continued this is one such case where the courts should exercise control since it is about the limits of the power to advise the Queen to prorogue parliament.

So the second question for the court was what are the limits of that power?

It is here that the Court did something rather remarkable. It called upon two ‘fundamental’ principles of the constitution.

The first is familiar: the concept of parliamentary sovereignty and the idea ‘that parliament can make laws which everyone must obey’.

The Supreme Court said this would be undermined if the executive could, through the use of the prerogative, prevent parliament from exercising its power to make laws for as long as it pleased.

The second is implicit, but articulated clearly for the first time as ‘parliamentary accountability’.

Referring to the highly respected former senior Law Lord, Lord Bingham, ‘the conduct of government by a Prime Minister and Cabinet collectively responsible and accountable to parliament lies at the heart of Westminster democracy’.

The Supreme Court then said that the power to prorogue is limited by these constitutional principles.

It then said a decision to prorogue will be unlawful if the prorogation has the effect of ‘frustrating or preventing, without reasonable justification, the ability of parliament to carry out its constitutional functions as a legislature and as the body responsible for the supervision of the executive’.

So the third question was: had that happened in this case?

The answer was a resounding yes. This was not a normal prorogation in the run-up to a Queen’s Speech.

This prorogation prevented parliament from carrying out its constitutional role for five out of the possible eight weeks between the end of the summer recess and exit day on 31 October.

The effect of the prorogation was that neither House could meet, debate or pass legislation, nor debate Government policy, nor ask written or oral questions of Ministers nor take evidence in committees.

And all of this happened in ‘quite exceptional circumstances’, namely ‘the fundamental change which was due to take place in the Constitution of the United Kingdom on 31 October’.

Most damning of all, the Supreme Court said ‘the effect upon the fundamentals of our democracy was extreme.’

And no justification was given for such a long prorogation at such a crucial time in the UK’s history.

This led the Court to conclude that the decision to advise Her Majesty to prorogue parliament was unlawful because it had the effect of frustrating or preventing the ability of parliament to carry out its constitutional functions. Quite damning.

So what now? This was the final point of the judgment.

Gina Miller’s lawyers had asked for a declaration. The scope of that declaration was striking: the Prime Minister’s advice to Her Majesty was unlawful, void and of no effect.

It is for parliament, and in particular the Speaker and the Lord Speaker to decide what to do next: they can take immediate steps to enable each House to meet as soon as possible.

The Court concludes with a shot across the Prime Minister’s bows: ‘the court is pleased that his counsel have told the court that he will take all necessary steps to comply with the terms of any declaration made by this court.’

In other words, he must comply with the law. It is hard to think of a more damning judgment for the Prime Minister.

On the most politically and sensitive issue of our time, he has been told by the highest Scottish court and now the highest Court of the United Kingdom that he has acted unlawfully.

In normal times this would spell the end of any Prime Minister.

It does not, however, mean the end of Brexit. The fundamentals remain the same. At the moment, the UK will leave the EU without a deal if the EU does not agree an extension.

By Catherine Barnard, senior fellow at the UK in a Changing Europe and Professor of EU Law and Employment Law at the University of Cambridge. This piece was originally published in the Telegraph.