The Supreme Court ruling in Cherry/Miller (No.2) and the power of parliament 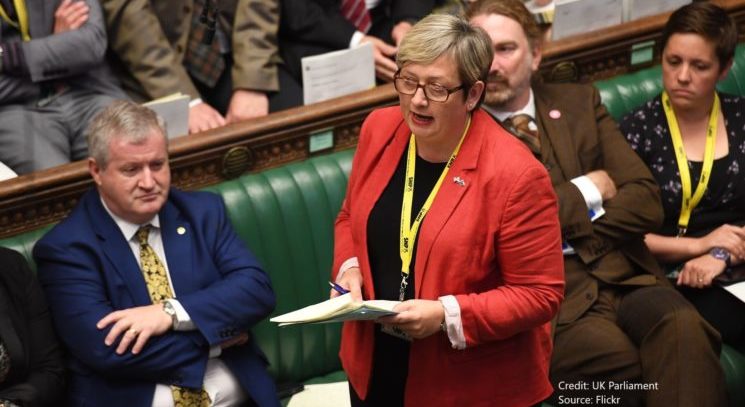 The Supreme Court’s judgment in the prorogation case was damning.

Short of deciding that Boris Johnson had misled the Queen (which would be difficult to know, given private conversations) the court issued the strongest possible condemnation on all counts.

The government had argued that prorogation was non-justiciable: i.e. not a matter in which the courts could get involved.

The justices instead ruled it justiciable. Having established that, they then ruled it to be unlawful.

Then, rather than leaving any loose ends regarding remedies, they explicitly quashed the prorogation, declaring that ‘parliament has not been prorogued’.

To cap it all, the decision was a unanimous one by all 11 justices who sat in the case.

The prorogation was hence not just ‘improper’, as argued previously, and in a letter to the Times signed by 22 constitutional experts, but also found to be unlawful in the most powerful possible terms.

In some respects this feels like a constitutional earthquake. Few at the outset expected such a resounding result.

On the basis of the High Court’s judgment, the first hurdle of justiciability was in doubt.

Many who watched the proceedings, and the careful forensic analysis by Lord Pannick, representing Gina Miller, will soon have started thinking otherwise.

This can only have been reinforced by watching the presentations by the government’s lawyers, who claimed that the issue of prorogation should be resolved politically rather than through the courts.

The court’s judgment confirmed that advising the monarch to prorogue ‘will be unlawful if the prorogation has the effect of frustrating or preventing, without reasonable justification, the ability of parliament to carry out its constitutional functions as a legislature and as the body responsible for the supervision of the executive’ (para 50).

That flows, the judgment suggested, from two principles at the very core of the UK constitution: the sovereignty of parliament, and the accountability of the government to parliament – exercised, for example, through questions and committees.

While widely unexpected, at least before the case began, the reasoning at the heart of the court’s judgment is therefore so routine as to be almost banal.

This is British Politics 101: the government is accountable to parliament, and parliament is our highest constitutional body.

The constitution therefore cannot function if the government has unregulated power to shut parliament down.

Far from judicial interference, the judges acted to reinstate parliament at the heart of the system.

Hence former Supreme Court Justice Lord Sumption, whose Reith lectures earlier this year lamented ‘the decline of politics and the rise of law to fill the void’ welcomed the judgment.

The legal branch had acted to protect the political constitution.

So why is this judgment considered in some quarters to be so shocking?

Of course, we cannot wholly ignore the Brexit context, and a situation where almost every political argument becomes warped into one between supporters of Leave and Remain – identities which now trump party politics.

But the ruling was not about Brexit, and had the political issues at stake been different ones, it almost certainly would have been the same.

Closing parliament for five weeks against its will to avoid unwelcome scrutiny on any high-salience topic would be equally problematic.

The responses by those expressing outrage are thus rooted, at least in part, elsewhere.

At the heart of the argument is whether parliament really is – and crucially, should be – the senior partner in our political system, or whether that place is occupied by the executive.

For many, both inside and outside the system, British politics has long been viewed as executive-dominated.

Yes, we are a ‘parliamentary democracy’, but it is surely government that calls the shots?

In fact, this is a naive view – which falls apart completely in current circumstances.

The key reason that the executive looks strong in the British system (for example in contrast to our continental neighbours) is that our post-war experience has mainly been of single-party majority government.

That doesn’t necessarily mean that government has it easy.

As my work on the legislative process shows, ministers may still need to negotiate positions carefully with their MPs; but such negotiations typically go on behind the scenes and away from public view.

Thus parliament and government look united, making it easy to slip into an assumption that government is the one in charge, and parliament the junior partner.

Ministers who fall for the myth of executive dominance can easily come a cropper: as for example Nick Clegg did, during the coalition years, when Conservative backbenchers blocked his proposals for Lords reform.

In reality the power of parliament is very significant, but multifaceted, complex and often hidden.

Thanks to parliament’s public nature, government ministers must explain their policies on the record, meaning policy must be designed to withstand public scrutiny.

This links to the famous ‘power of anticipated reactions’ that one of our interviewees when discussing select committees referred to as ‘generating fear’.

Ultimately, parliament’s power (which in times of majority government is ultimately vested in government backbenchers) lies in the ability to vote no-confidence in the government.

As the Supreme Court emphasised, after all, ‘the government exists because it has the confidence of the House of Commons.

It has no democratic legitimacy other than that’ (para 55).

As I explored in an earlier post, there are many things that make the current period far from normal in British politics.

One is that parliament is operating under the shadow of a referendum result, which constrains the policy options MPs feel able to pursue.

Another is the divisive nature of the referendum topic within both main political parties. But the third crucial factor is the context of minority government.

Rule one in these circumstances, as explained in the Constitution Unit’s 2009 report Making Minority Government Work, is to not try and govern in a majoritarian way.

Just after the 2017 general election, I thus noted that the ideal route for a minority government would be to treat the House of Commons with great caution, avoid controversial policies, and legislate as little as possible – but Brexit would clearly prevent this.

Meanwhile Theresa May, probably having fallen for the executive dominance myth, failed to recognise the constraints and sought to govern as if she had a majority – until the very end of her tenure, making no serious attempts to build cross-party majority support.

That greatly fuelled the difficulties in parliament over Brexit.

The preferred option for Boris Johnson, in contrast, seems to have been simply to avoid parliamentary scrutiny almost completely.

He too is learning the hard way the core dynamic at the heart of our system: that ministers depend on the authority of the House of Commons to govern.

The Supreme Court’s judgment is clear and succinct, and will serve as essential reading for all future students of the British constitution.

It should also be essential reading for some actors at the very heart of the system: it may teach them things they should have recognised a long time ago.