The Swedish election and Brexit 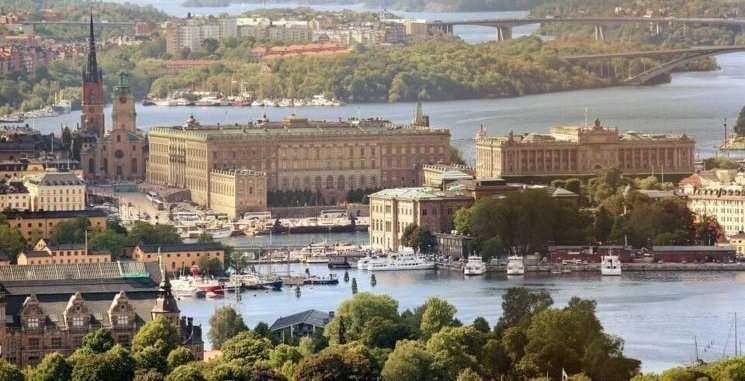 Why a blog on the Swedish General Election? What does it have to with Brexit and the Brexit referendum? Well, for a start immigration was at the top of the agenda for many voters and near the top for the rest.

Political commentators in national and international media also expected a strong anti-establishment vote, and significantly increased support for the populist right party the Sweden Democrats (the equivalent of Ukip, but with a past more akin to the British National Party, the BNP).

Some Swedes also share the sense of many in Britain outside the large cities, that the mainstream parties had failed to address their concerns. For example, continuing Sweden’s proud tradition of generous support for humanitarian initiatives, successive Swedish governments led by the centre-right Conservatives (Moderatarne) and centre-left Labour (Socialdemokraterne) welcomed refugees and asylum seekers from Syria and other conflict zones, while expecting restraint in spending on public services, even after migration restrictions were introduced elsewhere. At least 163,000 asylum seekers arrived in Sweden in 2015.

In Europe, only Germany received more asylum seekers and only Hungary received more compared to population size, that year. The numbers have since fallen due to what some see as too late a tightening of Sweden’s immigration rules and controls.

The Swedish public experienced pressure on their public services, including their treasured and globally renowned high quality free dental care – again, not unlike in the UK. Regional and local authorities responsible for delivering services and support found it increasingly difficult to match their citizens’ expectations and demands.

In a recent interview on Denmark’s Radio, a former Conservative Mayor described how national funding cuts under her own party’s rule, to her regret, had necessitated service cuts at local level.

Sweden, albeit only a member of the EU since 1995, belongs to the so-called ‘awkward squad’ along with the UK, Denmark and some others. Like those countries, Sweden is committed to economic cooperation and liberalisation, but less enthusiastic about political integration initiatives.

This blog has so far focussed predominantly on socio-economic factors. However, it is also possible to identify differences in party support along age and gender lines, and the rural-urban divide.

It is predominantly, but not exclusively, men, older voters, and those who live outside the cities, who have chosen to express their feeling of marginalisation by voting for fringe parties and especially the Sweden Democrats.

The result of Sunday’s election was close to the result predicted in the last recent opinion polls: the historically dominant Social Democratic Party suffered its worst result for over a century, while the populist, anti-immigration, Sweden Democrats achieved their best ever result.

After the 2014 elections, experts on Swedish politics asked: ‘how could the far-right Sweden Democrats (SwD) get almost 13% of the vote’? Today, in September 2018, we may ask the same question with after SwD gained 17.8% of the national vote and became the largest party in 19 out of 33 municipalities in the southern region of Skåne?

The answer may lie as suggested above in a combination of factors:

Together these three factors appear to have led to disillusionment with the established seasoned politicians, some of whom have also been accused of abusing their positions.

Nevertheless, it would be premature to write off Sweden and its liberal, social democratic welfare state model or indeed to expect an immediate change in Sweden’s image.

Effectively, the election represented a clash of two radically different views on today’s Sweden which might prove difficult to reconcile. A first, but unusually challenging step, will be the formation of a government.

With the result giving the two electoral alliances almost equal parliamentary strength, but for one MP, the temptation to turn to the Sweden Democrats for support exists. However, such a move is by many expected to be politically damaging and it is unlikely that any of the parties in the centre-right alliance would accept it. The Swedish Democrats are therefore likely to remain out of power, at least for now.

While Brexit will deprive Sweden of its largest ally in the European Union and diminish the strength of Northern European sceptical alliance vis-à-vis the more pro-integrationist countries led by Germany and France, a government that depends on the Sweden Democrats would be likely to be more supportive of the UK’s position in the final Brexit negotiations. After all, one Sweden Democrat MEP, Peter Lundgren, described the UK as a ‘beacon of light’ following the Brexit referendum.

There may also be new opportunities for Swedish businesses, as Business Sweden suggested in an evaluation report: ‘British companies have invested 300 billion in Sweden, which is 13% of foreign direct investment in Sweden.

If Britain does not ‘succeed’ in negotiating an exit with the EU, British companies… will then seek production opportunities in countries that have compatible expertise and industry as well as proximity to customers.’

However, the report goes on to acknowledge that Sweden (along with the other Nordic countries one could add) continues to be perceived as a peripheral location by companies looking for investment opportunities within the EU.

Financial service companies looking for a new base in the EU, for example, are more likely to choose Dublin, Amsterdam, Paris or Frankfurt over Stockholm. Close integration with the UK within the EU or the EEA appears to be preferable to all parties with the exception of the Sweden Democrats.

In January 2016, I travelled from Copenhagen airport to Malmö in Skåne, where previously no controls had been necessary. Swedish police entered the carriage with sniffer dogs to carry out checks.

A four-year old Swedish girl, looking alarmed, asked her father: “what are all these police men and dogs doing in here?”. Upon receiving the answer that they were looking for migrants, who they would stop from entering Sweden, she paused. “Why?”, she asked. Her father replied: “The politicians wanted it!”. The girl, looking confused, nodded quietly. In one municipality, in the same Skåne region, the Sweden Democrats gained 40% of the vote.

By Dr Frands Pedersen, Senior Lecturer in International Relations at University of Westminster, UK, with an expertise in Nordic politics and diplomacy.