The Trade and Cooperation Agreement: what to do next 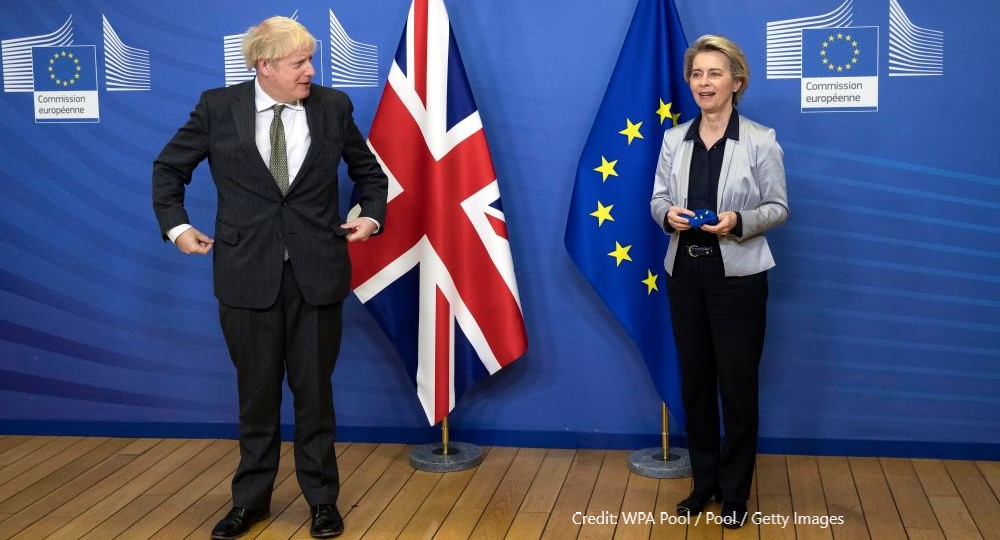 We recently published an article in which we recommended four changes to the TCA, which aim to mitigate the likely damage to trade, without undermining the purported overarching goals of the two parties to the agreement. Some of these changes could be handled by a reinterpretation of the TCA, but some would require renegotiation.

There are two main reasons why EU-UK trade is likely to decrease under the Trade and Cooperation Agreement as compared to the (frictionless) free trade that was possible when the UK was within the EU single market.

The first is that Rules of Origin (ROO) mean that UK exports to the EU that require components in their production sourced from outside the EU or UK above a certain threshold (set product-by-product) are subject to the EU’s relevant third country import tariff.

The second reason is that EU-UK trade is monitored and policed by extensive paperwork that was not required within the single market. The TCA has been accompanied by the Northern Ireland Protocol (NIP), appended to the Withdrawal Agreement between the UK and the EU. That has added further trade frictions, this time within the UK.

So how would we limit the damage which the TCA will cause both to EU-UK trade and to the peace-process in Northern Ireland?

First, we propose that ROO, with their blunt cut-off ratios, be replaced with a modified system. These rules impose tariffs on an all or nothing basis, depending on whether the final good falls above or below the ROO threshold. Under our bespoke scheme, UK exporters could elect to pay the relevant EU import tariff on all the non-EU/UK originating components of a final product, in order to qualify for zero tariffs on that product.

This scheme would preserve the level-playing-field purpose of ROO, but would do so in a graded and less clumsy, binary manner. It would also prevent ROO – and in particular the choice of cut-off ratio – being used as a covert tool to protect against, rather than enable, unhindered trade between partners in the TCA.

For example, during the negotiations, Michel Barnier aimed to set the ROO for the UK’s car industry, which is more dependent on imported components than the EU’s, at a level that was designed to cripple it with tariffs, including by disqualifying Japanese components, even though Japan had a free trade agreement with the EU.

How would our scheme work? Already, when goods are imported from abroad, it is necessary to cite the import tariff code to determine whether a good is subject to tariffs or tariff-free. The shipper can do this in advance, and pay any tariffs due ahead of time, so that when the goods arrive they can be simply waved through.

Under our scheme, something similar would be possible for UK exports to the EU, with the tariff codes for all relevant intermediate inputs (i.e. those that do not satisfy the ROO) added to those for the finished good listed on the customs form. The cumulative tariff on these inputs would be paid in advance (though the finished good itself would be tariff free), and the final good simply waved through EU customs when shipped with an ‘input duty paid’ sticker on it (and a statement that the good is being imported under the ROO waiver scheme).

The virtue of our scheme is that the final product would not be penalized with the full tariff just because its input ratio slightly exceeded the ROO threshold. This could be avoided by paying duty instead on the imported inputs, with a much lower cost overall. Our scheme (which could be made symmetric) would, of course, need to be agreed between the UK and EU.

Second, where UK product standards and regulations have not, in fact, changed from where they were pre-Brexit (and are thereby EU-compliant), the principle of equivalence would be granted to greatly reduce the paperwork and remove the threat of tariffs.

Should the EU deem that standards have diverged at a future date, the dispute resolution mechanism (DRM) in the TCA could be used to adjudicate and, if necessary, decide that corrective (not punitive) tariffs would be appropriate. Such an arrangement would not require that the UK sign up to permanent adherence to EU standards. It would therefore not fall foul of the UK government’s mandate to ‘take back control’.

But it would protect the EU from unfair competition. The corollary is that the UK would recognize EU standards and testing (unless obvious that they had become inadequate), as was proposed by the new Brexit Opportunities Minister.

Third, the NIP could be handled more deftly by accepting that the risk of wholesale smuggling of non-EU compliant UK manufactured goods is very low. Most UK goods destined for the EU market will be transported through ports like Felixstowe or Dover to, e.g., Antwerp or Hamburg, and will be subject to the usual checks.

Any UK goods entering the EU via the Republic of Ireland (hypothetically smuggled through Northern Ireland) would be automatically suspect (as the much more expensive transportation route would not be consistent with bona fide trade). Irish shippers to elsewhere in the EU would simply be asked to sign a form (and be subject to spot checks) verifying that they are not carrying any contraband UK goods (i.e. those that do not comply with EU standards or ROO or their equivalent).

The border would therefore shift (de facto if not de jure) away from the politically toxic Irish Sea to the Celtic Sea, thereby remaining consistent with what was agreed in the GFA. This revised ‘border’ would impose very few frictions.

The Partnership Council may then, pursuant to Article 7(4), make binding decisions where the TCA so provides, and in any other instance it can make recommendations to the contracting parties concerning the implementation and application of the TCA.

It must be in the interests of both the UK and the EU – especially in the context of a global security crisis where they have common ground – to seek better trade relations if these remain consistent with their political goals. We have outlined four ways in which this might be done.

By David Vines, Professor of Economics and Fellow of Balliol College, University of Oxford and Adam Bennett, Associate Fellow, Global Economy and Finance Programme at Chatham House. This blog draws on research from the authors originally published in the Oxford Review of Economic Policy.

This piece has been revised to correct and clarify a number of legal issues.