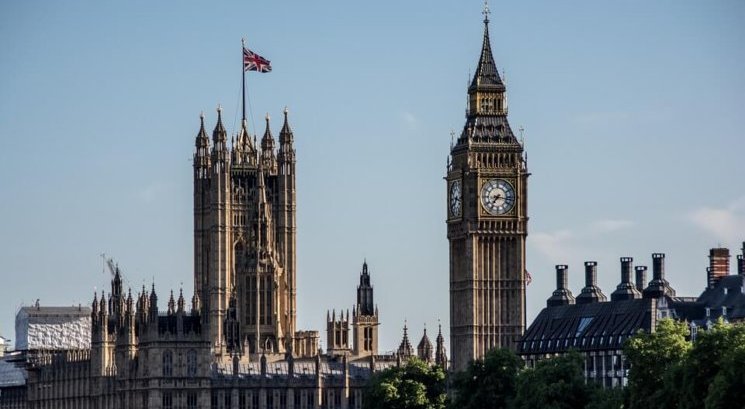 The Trade Bill is in the House of Lords, and provides a crucial opportunity to ensure future UK trade deals receive the scrutiny they deserve.

Reverting to an out-of-date process

When the UK was in the EU, the trade deals we entered as a member were closely scrutinized by the European Parliament, which had input on the negotiating objectives, followed negotiations closely, and voted to approve the final treaty text.

Now that the UK has left, the UK is reverting to a process for ratifying trade agreements that is centuries old and provides little room for parliamentary scrutiny.

In the UK, the negotiation and ratification of trade agreements is an executive power, and Parliament is not guaranteed a debate or vote on a trade agreement before it is ratified. As things stand, the UK’s future trade deals will receive less scrutiny than the trade deals it entered as part of the EU.

There are compelling reasons for strengthening Parliament’s role. Contemporary trade deals seek to align regulation between countries and affect many areas of the economy – from farming and food standards, to manufacturing, financial services and accounting, to the regulation of the digital economy, and healthcare.

Effective scrutiny would improve the quality of decision making, provide leverage in negotiations, and reassure negotiating partners that any treaty they negotiate with the UK will be ratified and implemented.

In a new paper we compare the UK system with processes in the United States, European Union, Australia, and Canada, and distill lessons for the UK.

We find that parliaments in the US and EU have extensive powers of scrutiny when it comes to trade deals. The US Congress sets out negotiating objectives that the government must follow and although the process in the EU is less formal, the European Parliament is consulted.

When negotiations have concluded, the US Congress and the European Parliament typically have several months to scrutinise the agreement, and their consent must be obtained before a trade agreement is ratified.

In the UK, Australia, and Canada, treaty making is an executive function, and parliaments’ main role is to scrutinize any implementing legislation. Parliaments play no role in defining negotiating objectives, have no right to information during the negotiations, and are not guaranteed a binding vote on the final treaty.

Governments in all three countries almost always table treaties in their parliaments before ratification (this is a formal obligation in the UK), but parliaments have little time to scrutinise the text and cannot prevent ratification even if they do not think it reflects national interests.

The UK Parliament has the power to delay ratification by 21 days and in theory it can do this repeatedly, but the process is challenging to invoke and has never been used.

Although parliaments in the UK, Australia, and Canada scrutinize implementing legislation, this process occurs too late in the day to change the treaty text. Moreover, parliaments only scrutinize those parts of the agreement requiring changes to primary legislation, and many of the commitments that governments make are unlikely to require such amendments.

Food standards are a case in point. Whether or not the UK imports chlorine-washed chicken is a matter of public controversy, yet if the government agrees to this in a trade agreement, Parliament is unlikely to have a say as ministers have the powers to directly amend the relevant legislation.

In signing trade agreements, governments often make commitments, in international law, not to change legislation in the future. Such commitments can tie the hands of Parliament, but do not require its consent.

In short, unless the UK Parliament has proper scrutiny of the treaty-making process itself, it will have little say over UK trade agreements, and few mechanisms to properly hold the government to account.

As Australia’s Foreign Affairs, Defence and Trade References Committee concluded back in 2015, these processes leave Parliament to ‘rubber-stamp agreements that have been negotiated behind closed doors’.

Arguments for (and against) reform

Concerns about the lack of parliamentary scrutiny of international treaties are not new. As Walter Bagehot stated as far back as in 1872, ‘Treaties are quite as important as most laws, and to require the elaborate assent of representative assemblies to every word of the law, and not to consult them even as to the essence of the treaty, is prima facie ludicrous’.

As the scope of contemporary trade agreements grows, the discrepancy between the level of scrutiny that treaties and domestic legislation receive becomes even more glaring.

A common objection is that providing Parliament with a vote would undermine the Royal Prerogative (which enables ministers to take specific actions without the approval of Parliament, including the deployment of armed forces and negotiation of international treaties).

But conventions change, and it has become the norm for the UK government to obtain approval from Parliament before deploying armed forces. A similar practice could be legislated to enable Parliament to debate and vote on trade agreements before they are ratified.

Another objection is that greater parliamentary scrutiny would reduce the government’s flexibility in the negotiating room. Yet, there is substantial evidence that tying one’s hands domestically can confer strength.

US negotiators are renowned for invoking their mandate from Congress as the reason why they cannot make concessions in the negotiating room, while the EU negotiators frequently invoke recalcitrant member states, whose representatives set their negotiating objectives and must approve the final outcome.

Greater parliamentary scrutiny could also improve the quality of outcomes. Knowing their decisions will be robustly examined would provide additional impetus for ministers and senior officials to make high-quality decisions.

It would also increase the UK’s credibility as a negotiating partner, as properly engaging Parliament and devolved administrations would reassure negotiating partners that any treaty they conclude with the UK government will be ratified and implemented.

Trade agreements deserve proper scrutiny, and the Trade Bill provides an important opportunity to make the UK’s processes fit for the twenty-first century.