The triggering of Article 50: the calm before the storm 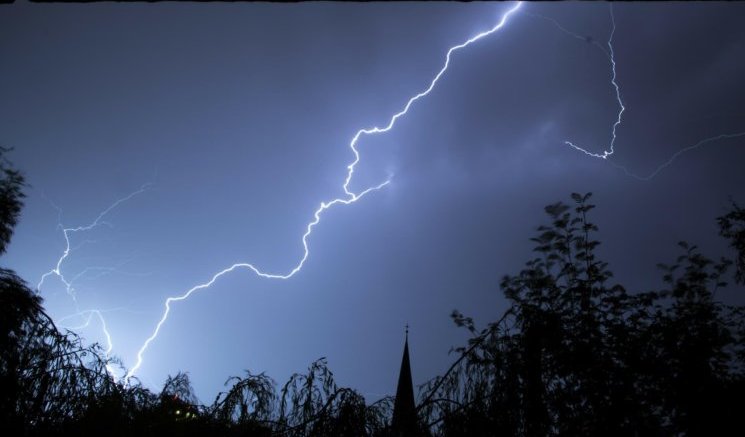 So Article 50 has been triggered. This marks the end of the beginning of the process of the UK leaving the EU.

It has been difficult for the government so far: the fight over whether the executive or Parliament could trigger Article 50, involving trips to the High Court and Supreme Court; the logistical problems of setting up and staffing two new government departments (DExEU and the Department for International Trade); guiding the European Union (Withdrawal) Bill through Parliament; and now dealing with the further threat to the unity of the United Kingdom, from a new referendum on Scottish independence.

However, with hindsight, this period may look like the calm before the storm. The next stage will be far more challenging.

Let’s start with the negotiations themselves: what to negotiate and when. Nothing serious will happen until after the French elections in May. Then there will be talks about managing the talks. And then there is the summer.

So it looks the process will only start for real at the end of September. The big question is whether that process will focus only on the divorce, or whether it will also consider the future deal. Noises from the government suggest it wants both to happen at the same time.

But this is not straightforward. Article 50 only covers the divorce, not the future deal. Any future deal will need to be arranged under different Treaty provisions entirely: Articles 207 and 218. This means that for the UK, Article 218 is soon to become the ‘new Article 50’, as it governs the procedure for establishing the future trading agreement between the UK and the remaining EU.

It’s likely that the future deal is likely to be a mixed agreement needing the agreement of both the EU institutions and the member states – and those member states may need to involve both their national and regional parliaments, including Wallonia, which nearly scuppered the free trade deal with Canada.

It is extremely unlikely that any such deal can be concluded in under two years – they usually take five years or more – and so there will need to be transitional arrangements (although the government prefers to call them ‘implementation arrangements’).

These transitional arrangements could be established as part of the Article 50 talks, provided they are time-limited and so are not seen to circumvent the procedures laid down by Article 218. They will provide a bridge between the new deal and the old arrangements.

But they will also ensure the continued application of the work done by the 50 or so EU agencies and regulatory bodies where the UK has not managed to set up its own equivalents in the two years before Brexit. So it may be that the UK remains subject to the European Medical Agency or the Community Plant Variety Office even after March 2019 – which in turn means that the UK will have to keep contributing in some form to the EU’s budget and probably remain subject to the jurisdiction of the European Court of Justice in those areas. Both of these have been red lines for the UK. With the pressure of time, will those red lines become blurred?

There’s another difficulty: this discussion presupposes that the negotiations go smoothly, which is by no means guaranteed. The question of money – the so-called ‘Brexit bill’ – may lead to the negotiations being aborted even before they have really got started, with a chaotic Brexit as a result. Divorces are expensive – for both sides – but they are not usually done in the glare of publicity and a patriotic media gunning for a fight. The headlines write themselves: “Sixty billion euros? No way. The EU can whistle for it.”

The language of a ‘Brexit bill’ is in fact misleading. It is not a bill to leave the club; rather it is settling up the amounts the UK has already committed to pay as part of the budget negotiations in 2014. The ‘bill’ will also cover the obligations to the British civil servants whose pensions need paying, to the researchers whose current grants are dependent on the EU, and other projects which are already underway.

The government has had legal advice that it does not need to pay its share of the bill if the negotiations break down, and that it can simply walk away without paying a penny. It may do just that, in as little as six months. And it will be easy to blame the EU. As Keir Starmer MP has pointed out, this view is gaining support among Brexiters.

Whatever the strict legal position (and many disagree with the view that the UK does not need to pay), a refusal to settle its debts sends out a message that the UK is an untrustworthy partner in international relations. Potential parties of any future trade deal with the UK – China, the US, India, as well as the EU itself – will be watching closely.

And all of this overlooks what will need to be done at a domestic level to deliver Brexit. The Great Repeal Bill will repeal the European Communities Act 1972, the Act that took the UK into the EU, and convert the existing ‘acquis’, mainly EU Regulations, into UK law.

Most controversially, it will contain powers (so-called Henry VIII clauses) enabling the executive to amend, repeal and possibly replace existing primary and secondary legislation so as to deliver Brexit, create new agencies/regulatory bodies, give effect to transitional arrangements, and even – ultimately – give effect to the new deal.

This is an enormous shift of power from Parliament to the executive, and one Parliament will need to agree to with care. But as the Bill goes through the House, Parliament will not know exactly what it is agreeing to because any deal will not be done until the whole deal is done.

In some areas, such as immigration and customs, there will need to be primary legislation since individuals’ rights are being affected. All of this will absorb considerable parliamentary time and energy; there will be little space to deliver on the government’s other manifesto commitments.

Nobody is expecting the process of Brexit to be smooth or easy. Theresa May is right to dislike the language of divorce. Divorce involves separating from one spouse; Brexit involves separating from 27, all with their own conflicting interests and political agendas. This is a multi-dimensional, multi-faceted process conducted in the most febrile atmosphere. Tighten your seat belts.