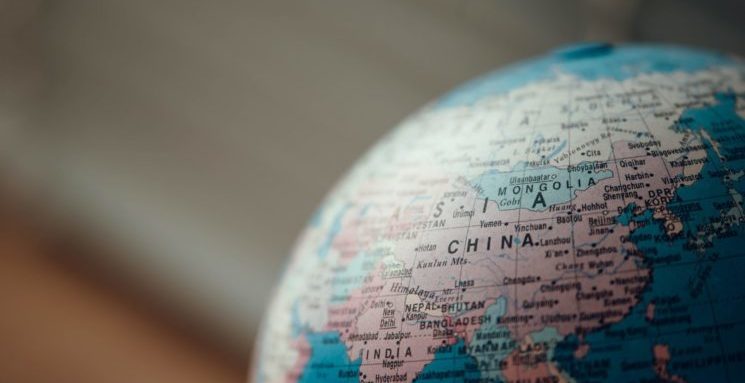 Boris Johnson famously stated a few years ago that his policy on cake was to have it and eat it.

After his victory in last year’s general election, where the Conservative Party achieved an overall majority in Parliament, Johnson now has the opportunity to carry this philosophy into practice.

After months of uncertainty and delay Brexit will occur on 31 January. Of course, in reality, this will only mark the first of a complex, and lengthy, series of events, that will go on for many years.

Recrafting relations with China is a key area to watch, despite all the distractions elsewhere.

Johnson is often keen to showcase his knowledge of ancient Rome and Greece. It is a great pity that he displays dramatically less understanding of Asia.

His few attempts at speaking about this key region have revolved around references to ping pong and, on his visit as Foreign Secretary to Myanmar, insulting his hosts by quoting a poem tinged with colonial sentiment.

Is this really the mindset needed from someone who will need to preside over a fundamental recalibration of the UK’s attitude towards the outside world to a region of the world it has had limited engagement with in recent decades?

It is a particular pity that he doesn’t seem to know much about the experience of China, at least for one reason: the greatest example in modern times of being able to successfully carry out the ‘having their caking and eating it’ approach is the People’s Republic.

Since 1978, it has implemented a highly paradoxical and yet, at least in terms of raw GDP growth and delivering higher standards of material wellbeing, very effective marriage of capitalism and socialism.

This has led to extraordinary outcomes. At some point in the next decade, China, with its one party system and Marxist ideology, will be the world’s most successful capitalist nation, at least in terms of overall size.

The collapse of Communism in Eastern Europe and the USSR in the 1980s and 1990s was thought to mark the end of history, at least according to some key thinkers in the West – but then came the coda that everyone forgot to write because they never thought it would happen.

China today is living proof that you can pursue seemingly utterly contradictory aims – you have to just work out the unique formula to do this.

Can the UK really duplicate the example of China, and devise ‘internationalisation’ with British insular characteristics?

At the moment, Parliament and some activists show in their rhetoric that old habits die hard. They are very keen to continue lecturing China about how it needs to behave – particularly in Hong Kong.

The tone does not sound much like one of the UK seeking to learn from aspects of the Chinese experience over the last four decades, or even to create a more nuanced, equable relationship with a country they have, through most of modern history, had an often difficult relationship.

That mindset has to change, as the UK moves outside the EU. If Global Britain is to be a reality, then it will have to approach partners like China it currently has only modest economic links with in ways never seen before.

This won’t be easy, and nothing since the December election should make us complacent.

There are going to be some very tough trade-offs and areas where supple, fresh thinking will be in order. But just hoping to deal with all of this with a ‘having and eating cake’ approach will not be optimal.

Take US-UK relations, for instance. The UK is expecting a huge trade deal with the US, and in normal times balancing that with similar warmth towards China would have been manageable, if challenging.

With the Trump era, and increasingly sharp competition – almost verging on conflict – in the trade and investment area between the world’s two largest powers, it is hard to see how the UK can continue balancing itself delicately on a wall, and not fall to one side or the other.

Closer links with America will carry costs for work with China; working more deeply with China will cause ructions with the US.

There is no easy framework to sort this divided allegiance out, and things are only likely to get more complex as positions between Beijing and Washington look set to harden.

The company operates in the UK in a unique way, and has been part of the roll-out of 2G, 3G and 4G technology – with its sights set on playing a similar role in the 5G era.

The UK has created a bespoke approach to the company; unlike in the US and Australia, in Britain Huawei has at least some stake and flexibility. But America’s displeasure is intensifying.

As the UK’s closest and most powerful security partner, and with this reliance only likely to intensify as the UK breaks from the EU and sets more water between its other set of allegiances, it is very hard to see how much longer Britain can maintain its perch.

At some point, America will make its demands clear: it’s Huawei or us. For China, the sense of irritation could be significant, and could impact on other areas.

This case in particular illustrates one of the great features of the Brexit phenomenon – declaring a bold new future, but seeming to turn the UK to an even more insular past.

One thing is for certain. Like it or not, an act as radical as Brexit will mean change.

In the past, shielded by the EU, the UK could allow some distance with China and the challenges it posed.

In the post-Brexit world of a pro-active global Britain, it will no longer be a case of the UK dealing with China as and when it wants to.

It will be a world where China comes and finds the UK, and signs need to appear soon that the UK has thought through the implications of this, before they are simply overtaken by events.