The UK and China as the era of global Britain begins 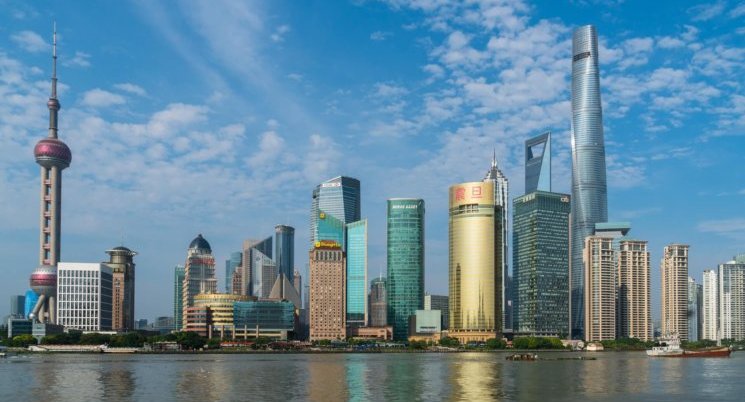 It is nearly three years now since those campaigning for Britain to leave the EU said that the national future was to be a global power, able to freely enter into trade agreements with countries outside the European bloc.

One of the most important of those would presumably be the world’s second largest economy at present – the People’s Republic of China.

And yet, despite the length of preparation time there has been, the most one can say about the last 30-plus months is that it has highlighted just how challenging this ambition is, and how much needs to change before it becomes even close to realisation.

In theory, China should offer plenty of potential. Unlike the US or Australia, China does not figure as one of Britain’s larger trading partners: it currently sits below Ireland, at number six.

As for inward investment, compared to the US, or the rest of the EU, it makes up barely one per cent of stocks. Even as a destination for Britain’s own investment, the China story since the early 2000s has been a surprisingly static one.

The question is not so much how the UK can do more with China than it does at the moment, but why it does so very little with the world’s fastest growing major economy as things are.

There are two great structural issues about the UK and China which will need to be addressed, and addressed urgently, if the above situation stands any chance of improving. The first is that levels of knowledge about China in the UK remain low.

Yes, as many as 9,000 young Brits go to China each year to get some experience of life, language and culture in the People’s Republic. And yes, tourist numbers there are respectable.

But the lamentable fact is that in 2017, British universities produced 270 graduates in Chinese studies – less than the figure twenty years before, when the UK had a larger economy than the PRC (now China’s economy is four times the size of Britain’s).

And while one estimate says 200 million Chinese are learning English at any level (about 15 per cent of the population), in the UK across the board it’s a matter of a couple of thousand – mostly at Confucius Institutes or Further Education courses.

The stark fact is that understanding and engagement with China remains mostly for a tiny minority in Britain – whether that be business, academia or government. There are a handful of truly world class in all these areas who engage with China – then there is a chasm.

Study of China all too often remains regarded as the provenance of the few, not something that everyone can fruitfully engage with.

Sinology for the street, rather than the ivory tower, is urgently needed in Britain – and yet most of the time institutions and others seem to unintentionally do everything they can to intimidate and scare people off because of the supposed difficulty of Chinese matters.

This matter is well illustrated by the fact that at A Level, the current Mandarin exam is unfit for purpose, a leftover of the era when Hong Kong was a colony of the British, a test created for native speakers.

It is remains fiendishly challenging, mostly focussing on classical texts that would stretch even the most adept native speaker, let alone a second language learner.

Attempts to rectify this with a qualification in Chinese civilisation embracing not just language but understanding of history and culture have so far not borne fruit.

But they need to for the UK to be able to quickly increase its levels of Chinese literacy and be in a position to have a work force able to engage with a partner of such different world view and historic background.

The second is the simple fact that on the whole, and again very much unlike in Australia or America where the issue has received much more consideration, public opinion in Britain about China having a larger role as a trader, investor and partner in life here is untested.

Yes, the British do know what it was like to run a colony in Chinese territory, which Hong Kong was up to 1997. But that was a matter of a small number going to Hong Kong from the UK to administer, and an even smaller group back in the UK linked to them.

And while there was migration from Hong Kong, the figures were relatively small, and the lives of this group mostly marginalised (the first MP of Chinese heritage was only elected in 2015).

This view of China as being remote and distant from daily life in Britain has not significantly shifted. While America and Australia are well surveyed and have some idea of what national sentiment towards their largest trading partner is (and, unsurprisingly, views prove to be complicated) in the UK the relative lack of any emotion or sentiment towards China is striking.

Claims of Chinese interference in business, politics and other fields of life have been escalating in New Zealand, Canada, and across Asia in recent years.

Even in Africa, some claim that China is the new colonial overlord there (though this seems hyperbolical). But in the UK, that debate seems to have only just started.

And companies like the telecoms equipment provider Huawei, barred or restricted in much of the developed world, have so far been given relatively free access in the UK (though, because of US pressure and complexities around 5G infrastructure, that is now coming to an end).

This combination of a lack of human capital knowledgeable enough to deal with China, and lack of self-knowledge about what the UK actually feels about this emerging new partner is ominous.

Before June 2016, Britain probably didn’t really know what it felt about the EU. We certainly know how divided feelings are now. With China, it is possible that these issues will remain latent until a major investment, or a political controversy, causes them to become clearer.

Britain urgently needs to think if it is to become a global power of what it actually feels and wants from China. The tragedy is that at the time when this is most necessary, attention is being so dominated by an issue it already knows the answer to – what it feels about the rest of Europe!

By Kerry Brown, professor of Chinese Studies and Director of the Lau China Institute.