The UK automotive sector crisis: is it Brexit? 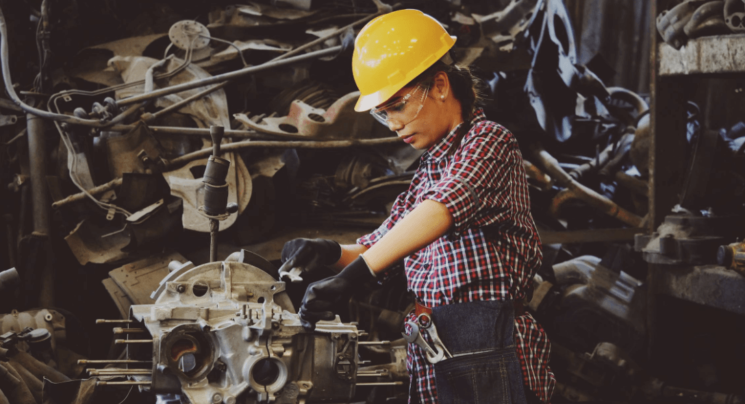 Long before the referendum on leaving the European Union, the automotive industry was warning of dire consequences. For decades the UK has been a great location to access EU markets. Successive rounds of investment underpinned growth in production, with over 80% of output exported. The decision to leave, and the uncertainty over how to leave, has left the industry in turmoil.

In 2018 investment fell by 46% compared to 2017. Honda announced that their plant at Swindon would close. Nissan switched production of the X Trail model to Japan rather than the UK. Successive companies went public with forecasts of the costs of leaving the EU. Ford, Jaguar-Land Rover, BMW and others all came forward with same story: leaving the EU without even a customs union would seriously damage their UK business.

Modern car manufacturing relies upon the seamless integration of just-in-time delivery of components, materials and finished cars across international borders. A disorderly exit from the EU will disrupt those finely sequenced supply systems.

In 2018 over 50% of UK car exports went to the EU, with the US as the second most important destination. UK-produced cars will face a 10% tariff once the UK has left the EU unless there is a trade agreement in place. Again, a disorderly exit will be hugely disruptive to the export of new cars. Manufacturers are adopting a ‘wait and see’ approach, cutting back production to guard against stockpiling cars.

But is it all down to Brexit?

Investments in car assembly and engine plants are made for the long term. When deciding where to build the latest model, car manufacturers must live with the decision for many years. Suppliers are appointed for the production lifetime of each model. Changing these decisions imposes delays and costs.

Brexit is only part of the investment decisions that are being taken. Car manufacturers must consider the entire portfolio of production and market locations when deciding upon when and where to build new models.

Part of the current reduction in output is due to other factors. The slowdown in the Chinese market has been important for Jaguar-Land Rover for example, as has the rapid shift in EU markets out of diesel engine cars. The company was late into battery electric car technologies: The Jaguar iPace, launched in 2018, has won multiple awards as the only fully electric model in the product range. But the company cannot build them fast enough to fill the gap from declining diesel car sales.

Honda has struggled with market acceptance in the EU for many years. The plant has therefore been well below full two-shift capacity. Toyota has been unable to gain the market share it enjoys in China, the US and elsewhere.

Nissan has shown both product design leadership with the Qashqai and technological leadership with the battery electric Leaf, but had previously moved production of the Micra to the low-cost India plant. The attempt to launch the Infiniti brand in Europe was a dismal failure.

The Vauxhall plant in Ellesmere Port was mired in the bigger problems facing General Motors in Europe. It may well fall victim to ‘rationalisation’ under new ownership from PSA Group.

The Ford engine plant in Bridgend was facing reductions in workload long before the Brexit vote was taken. Ford, like GM, faced overcapacity and inadequate earnings in their entire European operations.

Weak demand in the EU, coupled with problems in the market in China and elsewhere, has contributed to a production slowdown. The outlook for the next few years in the EU is for weak growth

Sales from the Mini plant, as well as the specialist performance and luxury cars including Rolls Royce, Bentley, Lotus and Aston Martin are vulnerable to the threat of tariffs imposed by the US.

Yes, much of the current reduction in output can be attributed to Brexit uncertainty. And yes, the fall in current investments is also attributable to that same uncertainty. With clarity over both the timing and the content of the EU withdrawal agreement then production and exports could recover some lost ground, and investments could grow again.

However, much damage has been done. The emphasis now should be on building an automotive industry suited to a very different future. The UK has a diverse ecosystem of automotive engineering talent of the highest quality. The challenge now is to focus that talent on radical new technologies and a new vision of automobility. Only then can the UK compete on the global stage.

By Peter Wells, Professor of Business and Sustainability at Cardiff Business School.