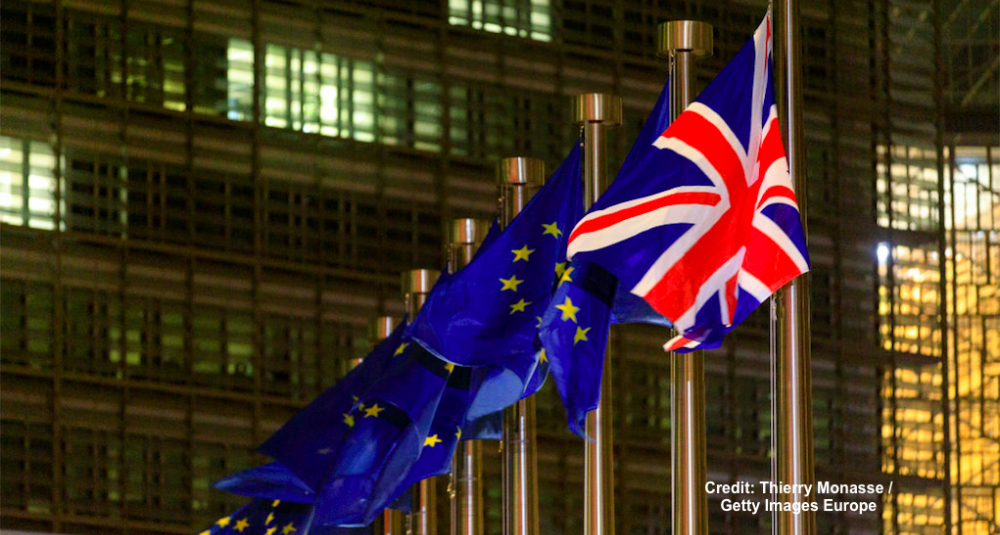 Although the UK formally left the EU on 31 January 2020, its participation in the Single Market and the Customs Union until 31 December 2020 postponed the full effects of its withdrawal. Since the transition period overlapped with the Covid-19 pandemic, it also concealed the scale and detail of the change.

The transition period had been requested by Theresa May to allow time for the EU and the UK to reach agreement on the terms of trade following the UK’s withdrawal from the EU. It was also intended to permit public authorities, businesses and others on both sides to prepare for the new arrangements.

However, the distance between the UK and the EU on key issues in the negotiations on the future relationship, and the refusal of the Johnson Government to use the UK’s power under the Withdrawal Agreement to request an extension, took the talks themselves beyond the eleventh hour and the sign off on Christmas Eve left no more than a week for business and others to make their adjustments to new rules and new processes.

Although the aims set out in the Political Declaration were wide-ranging, the accord reached by the two sides is not only thin, but provisional, reading in part like a ‘launch and learn’ agreement. The EU-UK trade and cooperation agreement falls far short of the comprehensive vision for a future partnership envisaged by the EU and indeed the objectives fleshed out by the UK.

Defence and foreign policy is perhaps the main area that has fallen by the wayside, as talks were not timetabled once the UK announced that it had no interest in institutionalised cooperation.

The agreement is essentially limited to free trade in goods, which can cross between the UK and the EU without tariffs or quotas. However, because the UK is no longer bound by EU regulations, there are new technical barriers that require paperwork and impose costs on business.

Import and export procedures now apply, and regulatory checks take place at the border between the UK and EU member countries. Access to the EU Single Market for services, which account for 80% of the UK economy, is now much more difficult than when the UK was a member state.

How the relationship between the UK and the EU will develop over the short- and medium- term is highly uncertain. Although neither side walked away from the talks, relations were strained throughout. The differences extended beyond the respective negotiating positions of the two sides, expressed a more fundamental clash of principles and understandings.

Negotiations which essentially concerned the terms of separation and the introduction of barriers were perhaps never going to bring the UK and the EU closer together. The sharpening of rhetoric did not help.

The two sides now embody two very different visions of international action: the EU, a bloc of states committed to concerted action and permanent collaboration in the belief that challenges are best confronted collectively; the UK, a mid-sized country, wedded to the pursuit of sovereignty both as an ideal and because of the greater agility it believes independence will allow.

How each side responds to the challenges they face in the post-Brexit world will affect their relationship. The UK’s insistence on bringing back control and the right to diverge will be severely tested. Beyond the fact that the EU remains the UK’s main trading partner, EU rules have become global standards. In practice, this is likely reduce the scope for regulatory divergence on the part of the UK.

The UK also faces domestic pressures. Now that its departure from the EU has been achieved, the pro-Brexit coalition within the Conservative Party could prove difficult to maintain as the impact of Brexit on the UK economy comes to be felt, especially in vulnerable sectors and regions including the ‘Red Wall’.

Fissures within the pro-Brexit camp that were largely concealed over the last two years will now be exposed. Brexiters wanting to downsize the state are likely to be pitted against advocates of state interventionism.

Post-Brexit relations will also be testing for the EU, which must now deal with a destabilising neighbour on its frontier, especially since the political leadership of that state views its former membership of the EU as an aberration, rejects (at least for itself) the EU model of international cooperation, and has chosen a different path.

Although the EU has relationships with its neighbours that vary in depth and scope, most are predicated on the assumption that these states will eventually join the Union. EU agreements with Norway, Switzerland, and the Ukraine provide a limited guide for how the EU might manage relations with the UK.

The uncertainty is further compounded by the low levels of trust the EU has with a government that showed itself willing to break international law by overriding an agreement it had signed only a year previously.

Even if the EU and the UK have shared interests and viewpoints on cooperation on matters such as climate change, policing and security, or Russia, China, and Iran, it is unclear how, on what basis interaction will take place, or in the case of foreign policy, whether NATO and E3 will prove suitable or satisfactory.

That the conception of sovereignty that the UK champions has been defined in contradistinction to EU membership is not a promising base on which to develop a relationship.

In conclusion, UK and EU relations are freighted with uncertainty. On the UK side, much depends on how the government chooses to define its place in the world, as well as its management of the disruption that follows the close of the transition period and the post-pandemic recovery.

On the EU side, the relationship will depend on how quickly and how well adjustment can be made to the presence of an unpredictable and potentially awkward neighbour on its periphery.