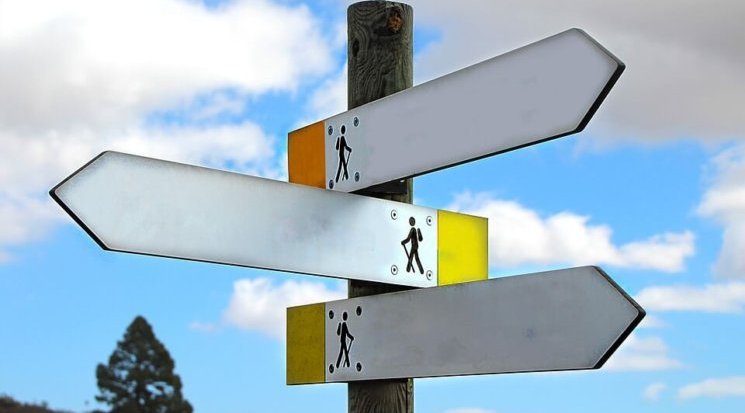 The UK’s withdrawal from the EU may take one of two forms. It could be based on the principle of ‘continuity’, in which large parts of UK legislation and practice will continue to be closely aligned to that of the EU in order to minimise disruption. Or, it could be a process of ‘divergence’, in which the costs of leaving the EU are balanced by the benefits of a new-found freedom in international trade and a ‘bonfire’ of regulations.

Northern Ireland is perhaps the overriding reason why UK government policy seems to sit uneasily between these two poles. The most obvious way of upholding the UK government’s commitment to avoid a hard Irish border would be for the UK to ensure as much continuity as possible.

Indeed, this was effectively what the First Minister and deputy First Minister set out as Northern Ireland’s priorities in Brexit, in their letter to the Prime Minister May of August 2016.

However, due to the focus of the Leave camp on divergence, the logic of the internal politics of the Conservative Party, and as the EU has not been willing to allow the UK to cherry pick from the ‘four freedoms,’ a process of divergence between the UK and EU post-Brexit is most likely.

The UK’s ‘red lines’ the (leaving the jurisdiction of the Court of Justice of the EU, the internal market and being outside an EU customs union) also point towards such an outcome.

Divergence, however, would immediately put the UK and Ireland on different trajectories, with material consequences for the Irish border. The less divergence there is between standards applied in Northern Ireland and those of the EU, the less friction there will be ‘at’ the border.

In contrast, a ‘hard Brexit’ makes a ‘hard border’ inevitable in the absence of specific solutions for post-Brexit Northern Ireland.

Further progress on the issue of Ireland/Northern Ireland has to be made before the next European Council summit at the end of June 2018. This is, in part, because the case of the Irish border is totemic. What the UK proposes here will exemplify the degree to which it grasps the implications of leaving the single market and customs union.

How long can the UK and EU continue to talk at cross purposes, with different interpretations of such core concepts as ‘hard border’, ‘alignment’ and ‘customs laws’? Despite repeated calls for flexibility and imagination, the more innovative proposals for addressing this matter – such as creating a special economic zone, or some special NI status regarding ‘rules of origin’ – have not gained much traction. The EU are wary of such ideas in principle. Its flexibility towards Northern Ireland is not intended to give the region an advantageous position that could become exploited by Great Britain or resented by other states or regions.

The EU can make the case for Northern Ireland having de facto EEA (European Economic Area) membership for goods and being part of the EU’s customs territory. This is because this means minimal bending of the rules of the single market or customs union (except that it applies to a region of a non-member-state and that it concentrates on just one of the freedoms of movement).

Much more unique and complex rules for a region of a non-member-state would not only be harder to apply in practice, they would also be harder to sell to the rest of the EU/EEA.

For its part, the UK government is stuck on the very idea of showing particular flexibility towards Northern Ireland. Despite the emphasis upon the 1998 Agreement, the purported protection of devolution, the recognition that Northern Ireland dominates the several dozen policy areas where new non-legislative common frameworks for the UK will be required post-Brexit, and the ongoing talks to restore powersharing, the UK government is insisting that Northern Ireland should be treated no differently from the rest of the UK. Graham Gudgin’s article in this volume presents some of the arguments in support of that approach.

This is much more a rhetorical ruse than a realistic policy stance. The constitutional status of Northern Ireland is secured by majority consent, in accordance with the 1998 Agreement. To not wish to be seen to allow a differentiated approach to Northern Ireland within the UK is to impose an entirely gratuitous and unnecessary rod for the government’s own back.

As well as weakening the very principle of devolved governance, this approach makes it harder to find agreed solutions for Northern Ireland vis-à-vis Brexit. A single-UK approach to Brexit and the Irish border question does not sit well even with the very existence of the Protocol, unless the UK as a whole goes for an outcome that is, to all intents and purposes, characterised by continuity.

The indications are that Northern Ireland/Ireland will be subject to a further squeeze between the red lines of the EU and UK. Other countries are watching with interest as to how the UK shows respect for Ireland in all this, as its closest neighbour and partner.

Indeed, they may be bewildered that so many UK politicians feel irritated by, rather than protective of, the fragile peace agreement in Northern Ireland.

And the peace process is the absolutely critical context here. It is what explains the willingness of the EU to be ‘flexible and imaginative’ in the case of Northern Ireland. And it is why future economic plans are inseparable from potential political sensitivities.

The need to avoid a ‘hard border’ is motivated by far more than the likelihood of republican paramilitaries taking potshots at Automatic Number Plate Recognition (ANPR) cameras. It is about a respect for the process of post-conflict ‘normalisation’, in which cross-border cooperation is unburdened by political significance and through which economies of scale can flourish.

The peace process is also why the British-Irish relationship needs a public show of harmony – for the sake of the Agreement, for restoring power-sharing in Northern Ireland and for managing Brexit. The UK government must formally acknowledge that the Irish dimension is a means of protecting the existing political settlement in Northern Ireland.

This has been recognised and institutionalised since the 1985 Anglo-Irish Agreement. It reiterates the very basic point that Northern Ireland is no mere ‘domestic concern’ of the UK but is historically, politically, culturally, economically, socially a place of transnationalism: British, Irish and both.

By Dr Katy Hayward, reader in social divisions and conflict at Queen’s University Belfast. This piece is from our ‘Brexit and the island of Ireland’ report.