The UK media, euroscepticism and the UK referendum on EU membership 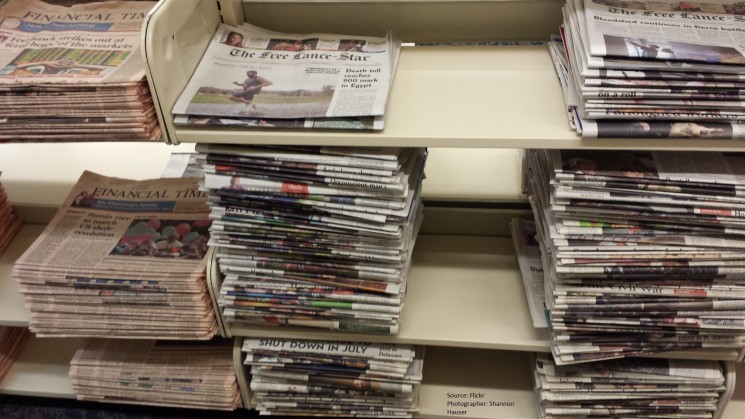 The British mass media market is dominated by Eurosceptic press titles. This has led to a scale and intensity of negative coverage about the EU that informed commentators have judged to be ‘unique’ in Europe as a whole. The central proposition advanced below is that this development – which began in the later 1980s and accelerated through the 1990s and beyond – has strongly influenced the ways in which UK politicians think about what is achievable in their European policies, as well as what is desirable in the first place.

A ‘climate of fear’ from press backlashes has meant that UK governments have been increasingly unwilling to devise, implement and publicise pro-European initiatives. In this context, David Cameron’s referendum gamble can in part be seen as a tactical response to the catalytic part the UK press has played in fomenting mass Euroscepticism in UK politics and public debate.

Changing patterns in UK media coverage of the EU

Part of the reason Britain did not join the European Economic Community (EEC) until 1973 was the depth of opposition to integration from across the political spectrum. Politicians from all the then main parties feared, variously, losing sovereignty, control over the British economy, and its ‘great power’ status at the heart of the Commonwealth. Left-leaning opposition also questioned how far EEC membership was compatible with the building of a socialist Britain.

It is noteworthy that at this time, the vast majority of UK press titles – and what limited broadcast media there was – were almost unanimously in support of Britain remaining inside the EEC at the time of the 1975 referendum. Yet just as Labour and the Conservatives were coming round to the idea of a European future for Britain, press opinion began moving in the opposite direction.

By the mid to late 1980s, many UK newspapers seamlessly blended opposition to the EEC with a ‘harder’ form of nationalist-oriented Euroscepticism reminiscent of the intellectual case against the EEC made by Enoch Powell. A notable – but not the only – contribution to the rise of this style of UK press Euroscepticism was made by the ‘acerbic anti-European polemicism’ penned by Boris Johnson during his stint as the Daily Telegraph’s Europe correspondent (1989-95).

This form of press Euroscepticism both chimed with, and helped fuel, growing vitriol against the EU in the UK. The Murdoch press (notably the Sun) was quick to follow Johnson’s lead. In many of the tabloids, memories of Britain ‘standing alone’ in World War Two were routinely used as a dominant framing device for the reporting as if the world had not moved on since 1945. Journalists happily constructed a malign, agglomerated Europe (represented by daft ‘Brussels’ directives) as an out-group ‘over there’, implementing schemes designed to damage the British ‘over here’.

The term ‘Eurosceptic’ in fact became less a term of abuse than a badge of honour. It was most proudly worn by those opponents to the Maastricht Treaty amongst Thatcherites inside the Conservative Party in 1991-93. It continued to be popular while the Labour Party moved to a much more pro-EU position following the internal reforms of Neil Kinnock, John Smith and then Tony Blair. The Maastricht rebels, backed by their supporters in the press such as Johnson, popularised three sets of concerns about Britain’s involvement in the EU: the sovereignty-degrading aspects of integration; the damage to Britain’s historical free trade outlook globally; and concerns about the organisation’s relative levels of democracy and accountability.

From the press to party politics

Developments in the party system have served to give credence and sustained attention to these negative views on the EU, and entrenched Euroscepticism as a mainstream phenomenon in the UK party system. The short-lived but high-impact emergence of single-issue anti-EU parties such as James Goldsmith’s Referendum Party began the pressure towards holding another referendum on the Europe question. The Referendum Party was financially huge but organizationally weak and was quickly superseded by a broader-brush national movement in the form of the United Kingdom Independence Party (UKIP). UKIP campaigns on withdrawal from the EU yoked this ambition to the populist issue of uncontrolled immigration and the threat this poses to the British economy and national identity.

Against the rising gales of Euroscepticism, the pro-European elites in Britain lacked a convincing narrative and the necessary backbone to make the case for Europe on a consistent basis. For example, the New Labour years after 1997 were supposed to usher in a period when the British exerted ‘leadership’ in Europe under the stewardship of the most pro-European prime minister since Edward Heath. Instead, successive Tony Blair governments tried to drain the Europe question of its divisive potential whilst appeasing Eurosceptic journalists, all the while keeping European policy as an elite activity not suited to popular legitimisation in a referendum.

Lancing the boil of Europe?

Looking at the current state of play in Cameron’s renegotiation and referendum strategy we can conclude two things. First, Euroscepticism has emerged from the radical fringes of UK politics to being a mainstream feature of political and public discourse. It will not disappear with a referendum or any other such short-term party political expedient.

Second, Euroscepticism now combines a legitimate, forensic analysis of the many failings of the EU as a mode of regional governance with a series of emotional appeals to the idea that Britain’s role as a viable domestic polity and international actor are being harmed by being ‘shackled to the corpse of Europe’. This is a powerful narrative and one that pro-Europeans will struggle to match effectively, even with an ‘interest’ based case for membership.

Currently only one national press title, debate the Daily Express, is firmly committed to UK withdrawal from the EU. It remains to be seen on which side of the debate its rivals will come down before the referendum. However, what can be ascertained at this stage is that a vote to remain inside the EU would go against a lot of what the opinion-forming segments of the UK press has been overtly or covertly pushing for some time. This should make journalists and owners wonder whether they really have been giving the UK public the stories about the EU it wants to hear.