The UK-Saudi relationship: to engage or not to engage? 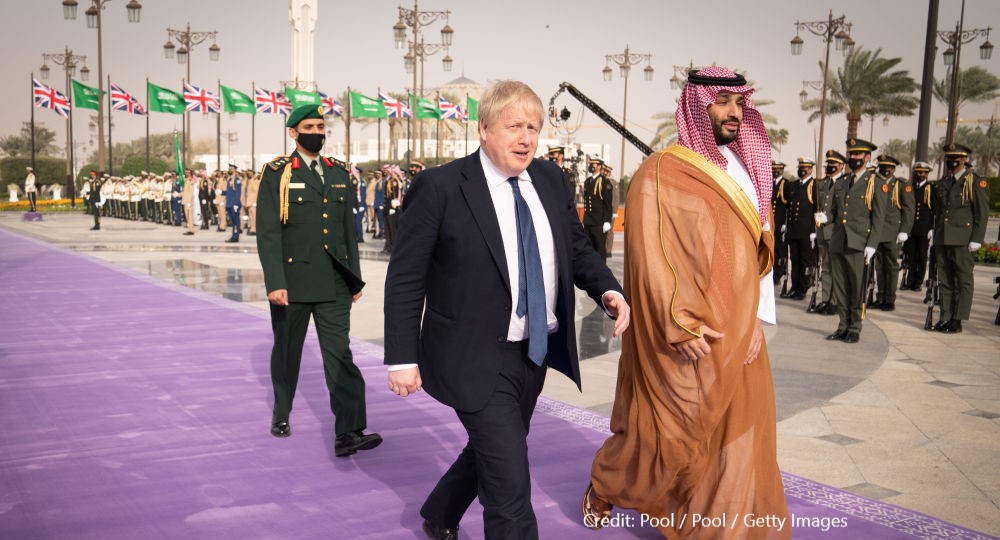 There are few foreign relations as contentious for the UK as their dealings with the Kingdom of Saudi Arabia. Duly, Boris Johnson’s visit to Saudi Arabia earlier this month was greeted by the usual cavalcade of criticism. For the government, this is a critical relationship with an irreplaceable ally in a region with enduring importance for the UK and the global economy. For detractors, the UK-Saudi relationship is tantamount to dealing with the devil, where the UK slavishly follows realpolitik at the expense of other concerns.

Ultimately, this bilateral relationship is, to a degree, both things. Critiques tend to offer primary school-level fantasies about disengaging with Saudi Arabia, utterly devoid of any semblance of a causal mechanism as to how this would improve anything.

Equally, while Saudi Arabia has undergone unfathomable changes for the better in recent years (and at a pace precisely zero experts thought remotely possible) it remains a different state that does not chime, fit, or tally with western norms. If we want changes to occur in Saudi, cajoling and engaging rather than berating seems like the better plan.

With Saudi Arabia launching a war against Yemen in 2015, scrutiny ramped up with UK-made aircraft, supported by British technicians on the ground, taking a leading role in an often indiscriminate, punishing, and relatively ineffective air campaign.

First, it remains an oil superpower in terms of proved reserves, daily production, and the unique ‘swing’ capacity to quickly add supply to the market, if it so chooses.

Second, the state still contends with the reputational legacy of, from the 1970s onwards, policies proselytizing deeply austere Islamic doctrines.

Third, after rising from obscurity, Crown Prince Mohammed bin Salman Al Saud (often known by the sobriquet ‘MBS’) drove through a range of epochal changes. They ranged from instituting significant advances in women’s rights, an unprecedented clipping of the powers of religious authorities, and attempts to catalyze a new Saudi economy.

Equally, his reign is scarred by his decision to launch the war in Yemen, by the horror of the killing of Jamal Khashoggi in the Saudi consulate in Istanbul, and with crackdowns on groups and individuals ranging from women’s rights campaigners to Islamists and ‘corrupt’ businesspeople.

Johnson’s visit to Saudi Arabia and the UAE was interpreted as an effort to induce Gulf allies to pump more oil to make up for shrinking Russian sales thanks to sanctions imposed following the invasion of Ukraine. On this measure, it failed. Critics might reasonably ask what use is the so-called close UK-Saudi relationship or UK-Gulf relations if, in an hour of need, the Prime Minister fails to secure support?

Indeed, neither Saudi nor the UAE did as they were asked. They are independent nation states and do not have to do as instructed, whether by Joe Biden, Boris Johnson, or Emanuel Macron.

The monarchies feel increasingly irritated if not abandoned, by the US in particular for a variety of reasons: a lack of support with what they feel to be a critical threat from Iran in Yemen, US impotence in the face of a direct attack on Saudi’s most important oil processing facilities in September 2019, the nature of the engagement with Iran over the nuclear deal, and the broad US pivot to Asia. They feel their interests are not being considered and are not inclined to do western states a favour. Western leaders need to remember that if they want a transactional relationship, they can have it, but it cuts both ways.

It is, however, early days. It remains to be seen how effective elite-level entreaties prove to be with a sustained high oil price. Despite elements of growing distance between some Gulf and western states, these relations remain deeply ingrained and vital for both sides.

Moreover, there is unanimity on the need to control the oil price from hovering too long much above $100 per barrel. Such high prices hurt oil-importing economies, irritate leaders and populations from the US to China, and induce supply competitors, such as those from the US shale oil industry and renewables.

…or not to engage?

Saudi Arabia executing 81 people is a prime example of an act that sporadically emerges from a Gulf monarchy that understandably drives the commentariat into a conniption fit. Nevertheless, there is a dearth of a plan to improve this situation beyond the general white heat of opprobrium.

Disengagement, public haranguing, the withdrawal of services, or the putative cancellation of agreements satisfies a rhetorical need to stand against policies strikingly at odds with UK mores. However, the causal link of how subsequently Saudi Arabia is then moved to stop such action is persistently missing.

Campaigners understandably ask for the UK to halt arms supplies to Saudi Arabia, some of which are used in Yemen. This would have a tangible short-term effect, but then what? A central problem with the sentiment of disengagement is that the world has changed and that there are more options now for Gulf states like Saudi Arabia than ever – whether for diplomatic support or (likely even less accurate) arms sales.

Back in the 1990s, with the west’s triumph in the Cold War, there was only one model for growth: following a democratic model. Even China pursued this path, albeit with its own characteristics, and it now offers a course mixing autocratic control, an ability to challenge technologically, and swift economic growth. This sounds great to the Gulf monarchies. The west has lost a monopoly on the successful model for economic growth, and its policies need to reflect this.

The approach of engagement is far from an evident success. Nevertheless, there is at least the idea of how change occurs – through slow acculturation, via the establishment of longer-term links and relations, and the development of soft power.

In a world of competing economic models, diversifying partners, and headstrong regional leaders, the Gulf monarchies are less prone to pressure. Transactional relations will only get you so far, doubly so when there are often highly fungible relations offered by the likes of China. The UK approach to Saudi Arabia needs to reflect the world as we find it, not as we would like it to be.