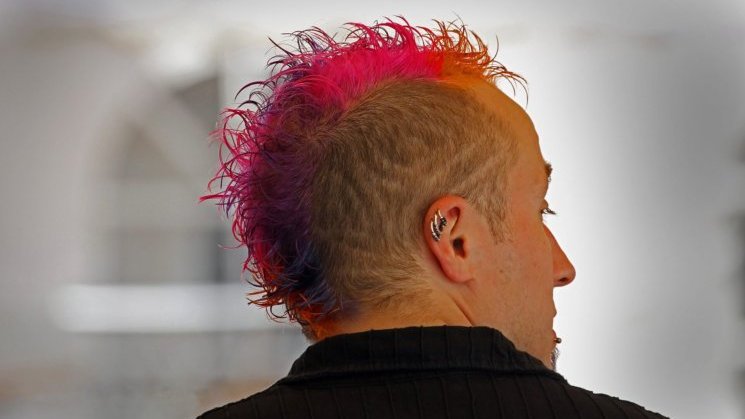 During the first twelve months of Theresa May’s term as Prime Minister the outlines of the UK’s new, post-referendum, diplomatic strategy have taken place. The Government has introduced the slogan ‘Global Britain’ to encapsulate, to quote from the Prime Minister’s January 2017 Lancaster House speech, “a country that goes out into the world to build relationships with old friends and new allies alike.”

This messaging has had its critics, who often suggest that ‘Global Britain’ is a slogan in search of content. This perhaps misses the point: the major shift has been the adoption of a new diplomatic method: ‘Punk Diplomacy’.

The UK’s Punk Diplomacy is marked by a desire to subvert established diplomatic norms, rebel against established practices and embrace a DIY approach. The central ordering principle for the UK’s current strategy appears to be disorder – perhaps a subtle, unacknowledged, 40th anniversary homage to the release of the Sex Pistols only studio album, ‘Never Mind the Bollocks?’

As the UK Parliament and public departs for its Holidays in the Sun we can see that, following June’s General Election, the UK now has an even better chance of reigniting the spirit of ’76-’77 – in particular a return to the late ‘70s condition of a Government without an overall majority in Parliament.

Consider the evidence for the UK having embraced punk diplomacy: first, smash the system. The decision to break up the Bodies of British diplomacy by creating the new Department for Exiting the EU and the Department for International Trade perhaps only makes sense if you have no Feelings about not using the UK’s traditional diplomatic infrastructure to conduct the major international negotiations that are central to Brexit.

Second, subvert the established order. Punk diplomacy has allowed the UK to dub as a liar anyone who suggests that June’s General Election result might be interpreted as requiring a change in tack away from negotiating Brexit. The Government has doubled-down on Brexit since the General Election – with the God Save the Queen moment of the opening of Parliament – seeking to forestall the legal problems of exiting the EU by a programme of domestic legislation. Only seventeen of the twenty seven bills in the Government’s programme for the Parliamentary term are not connected to Brexit, and all this legislation is intended to forestall any Anarchy in the UK legal order as a consequence of Brexit.

Third, defy convention. Key evidence of the Submission of the UK’s traditional approach to diplomacy to the new Punk diplomacy is the role of Boris Johnson as Foreign Secretary. He exemplifies the new approach of keeping the UK’s allies Pretty Vacant as to UK’s current Brexit policy and future foreign policy ambitions: witness his public statements at the UN in New York or elsewhere. He is a master of the Emote Meaningless Information (EMI) approach to diplomacy, which allows ministers to make public statements on Brexit that appear to be contradictory.

Boris Johnson’s ‘go whistle’ and ‘no plan for a no deal’ remarks directed at the EU in the House of Commons last week were pure Punk Diplomacy: unsettling key interlocutors by substituting diplomatic for undiplomatic language and statements inconsistent with the public statements of other UK ministers.

The UK’s negotiation partners in the EU need to understand that behind the UK’s new diplomatic discordance is a new intent (borrowed from the words of the Sex Pistol’s front man Johnny Rotten): don’t accept the old order. Get rid of it.