The UK’s sovereignty demands – not so demanding? 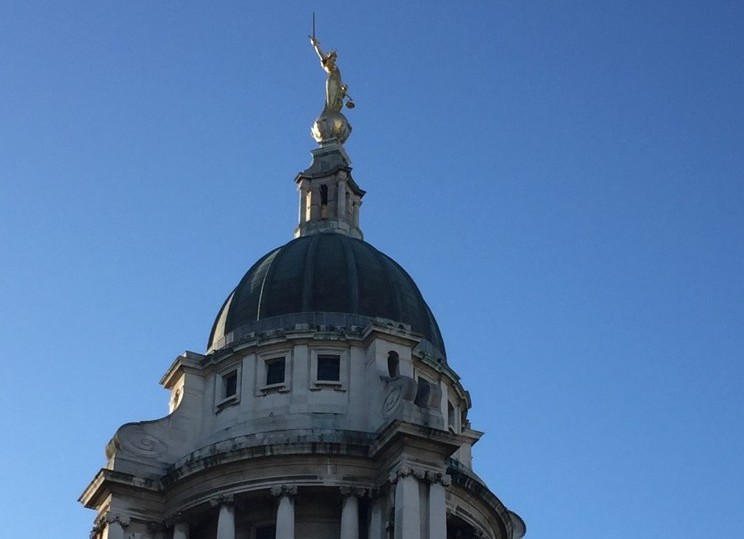 The principle of primacy of EU law over the laws of the member states entered into the EU legal order through the 1964 Costa judgment of the Court of Justice of the EU.

In this case, the Court reasoned that it would be ‘impossible’ for a member state to adopt unilaterally its own national laws in conflict with its pre-existing legal obligations under EU law. The Court asserted that participating states had ‘limited their sovereign rights’…albeit within limited spheres.

This claim by the Court that EU law by necessity has supremacy over conflicting national laws is now over 50 years old and for some represents a clear and unwelcome incursion into national sovereignty, understood as the authority of a state to govern itself.

At its strongest, the view runs that the UK parliament should be recognised as being free to adopt or reject laws coming from the EU as it sees fit, and crucially, that this power should be accepted by the UKs partners in the EU.

The Prime Minister’s letter to European Council President Tusk on November 10 makes no attempt to confront directly the issue of where legislative supremacy lies, leading to an inevitably critical response from some quarters at home.

The letter’s section on sovereignty eschews any attempt at radical reform, seeking instead commitments that existing legal arrangements will be respected (such as the opt outs in respect to external immigration matters under Justice and Home Affairs provisions) or to have defined ‘in law’ practices which have in large measure already become an accepted part of how the EU operates.

Attaining agreement at EU level on the principles underpinning these demands should thus be relatively straightforward, though it’s less clear how some of them can be legally realised without reform of the Treaties – a process which could not be completed in the time frame available for a referendum before the end of 2017.

First amongst the UK’s suggested reforms is the totemic, if largely symbolic, commitment to ending the ‘obligation’, found in the Treaties, on the UK to pursue ‘ever closer union’.

It should be noted that this ‘obligation’ hasn’t precluded over 20 years of UK exceptionalism – with legal opt outs from participating in monetary union, in aspects of justice and home affairs, and, for a period during the 1990s, from social policy and employment rights.

The prime minister also wishes to see a greater role played by national parliaments in EU decision-making – a wish shared by the leadership of the European Commission. Both President Juncker and first Vice-President Timmermans have emphasised the crucial role national parliaments can play in forming a democratic bridge between citizen and EU. They have committed to developing the relationship between the Commission and parliaments.

Whilst they have not expressly declared support for the prime minister’s proposal for a blocking ‘red’ card to halt EU legislation, they have indicated they will engage more seriously and sympathetically with national parliaments than the previous Commission.

National parliaments are seen as particularly well placed to assess the issue of subsidiarity in EU policy making, that is, whether policy objectives can be achieved within the state, or whether there is a convincing case for centralised intervention through EU legislation.

Cameron’s letter includes a request that the EU takes seriously its commitments to respecting subsidiarity, through ‘clear proposals’ to achieve the outcome of ‘Europe where necessary national where possible’.

Subsidiarity has long found explicit expression in the EU Treaties, and its respect is undoubtedly a central concern of the current Commission, which is actively pursuing a lighter touch ‘Better Regulation’ agenda.

For a domestic UK audience, aware of the politically charged situation with the more pro-EU devolved administrations, it is striking that subsidiarity is depicted as operating at only two levels – EU and national.

The Treaty itself acknowledges that it also operates at regional and local level. But no mention of the respect for the rights held at the devolved subnational level was made either in the prime minister’s letter or in his Chatham House speech delivered on the same day, and more expressly designed to connect with the British electorate.

The prime minister’s speech did engage with the matter of sovereignty understood as legislative supremacy, making reference to a desire to restore ‘the proper role of UK courts and our Parliament’.

Specifically, he proposed that the UK will explore the model of how ‘Germany and other EU nations uphold their constitution and sovereignty’, giving the example of the German constitutional court reserving the right to reject EU laws which fail to respect German constitutional principles, or exceed the democratically mandated scope of application of the Treaties. Whilst the need for the German court to exercise these rights has never arisen, it should be noted that the picture of EU legislative supremacy as unconditional and absolute is not one that is generally shared by many of the member states.

Within the UK, there is a strongly held view that whilst parliament and the courts have accepted certain limitations on parliament’s sovereignty, this has not been relinquished unconditionally or absolutely. The default position under the constitution is thus that EU law is supreme in the UK order, as directed by an Act of Parliament, unless and until a subsequent Act of Parliament expressly legislates otherwise. Such legislation may put the UK in breach of its EU obligations, but it is certainly still within parliament’s power.

In response to the prime minister’s letter and speech, Boris Johnson took on what on the face of it looks like a radical and provocative position calling for a national parliamentary veto over EU law – though in fact its existence (if not its exercise) reflects the existing constitutional status quo.

The status of principles such as primacy, never formally written into the EU Treaties is complex and contested, and is in itself difficult if not impossible to transpose into a binary question – whilst the referendum itself will seek to reduce the entire relationship between the UK and EU into one such question.