The UK’s ‘vaccine nationalism’ over Covid-19 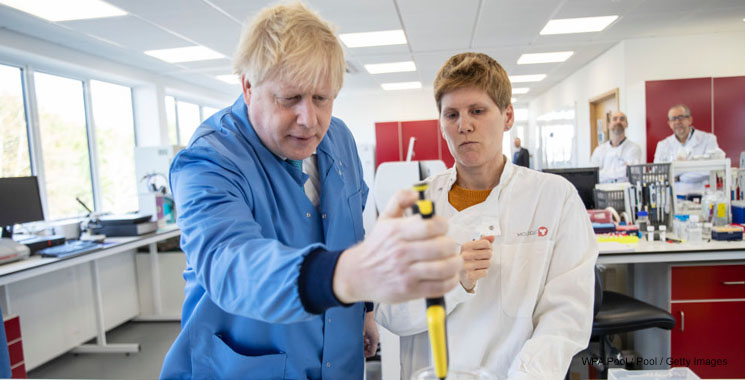 On 10 July, the UK government announced that it would no longer be participating in the European Union’s Covid-19 vaccination procurement programme.

This programme involves the European Union entering into advance purchase agreements with vaccine producers, funded by the EU’s emergency support instrument, which is the EU’s overall Covid-19 recovery response.

The article in The Times on the UK’s decision to withdraw from EU collaboration frames the rationale for this decision as the UK ‘losing control’, evoking language used by the Leave campaign.

However, the letter communicating the decision is altogether more nuanced. The government says it wants to continue to collaborate with the EU, through sharing information about promising vaccines, working on vaccine trials, and mitigating supply-chain bottlenecks, and other delivery risks from global trade disruptions.

How these examples of future cooperation fit with the UK’s negotiating position is less clear: the ‘Canada-style’ FTA on which the negotiations are based has already been criticised by the biomedical science sector as offering much less than would be desirable in terms of detailed agency-level cooperation in the sector.

Given the scale and nature of the Covid-19 pandemic, it’s understandable that governments want to reassure their populations about rapid vaccine access. It’s also not a surprise that few countries are seeking to ‘go it alone’.

The WHO has launched a similar technology access pool, in which Norway, Belgium, the Netherlands and Luxembourg are participating, but so far no other European countries.

But the EU’s collaboration is deeper: it goes beyond information sharing and reduced regulatory duplication, to leverage economies of scale in bargaining with private entities which will manufacture a vaccine, should one successfully clear the regulatory hurdles of quality, safety and efficacy. There is also the desire to protect European and/or national industries.

The ethics of such an approach, be it on national or European level, have been sharply criticised from a global health ethics perspective.

Such ‘vaccine nationalism’ runs the risk of locking out low and middle income countries from access, because of variations in strength of bargaining power of different countries, in their engagements with the global biomedical industry.

The global GAVI Alliance, in which the UK is a partner, seeks to tackle this problem, including by setting up a facility to enter into advance purchase contracts, and issuing vaccine bonds, to raise money quickly.

But the realpolitik of the situation means de facto earlier vaccine access for industrialised countries, a situation that has attracted concerns, not least over lack of transparency.

There are deep worries too, over cost controls: one study about possible Covid-19 treatments, such as remdesivir, suggests that costs outside patent protections would be less than one quarter of one per cent of the on-patent charge.

Scale that up over the population needing a vaccine, and the difference to NHS costs is vast. There are obvious resonances with the invention of the polio vaccine (‘could you patent the sun?’): Covid-19 looks like the kind of global event where the logics of capital markets should not apply and a vaccine should be regarded as a public good.

In this regard, neither the EU nor the UK approach stands up to scrutiny: both are very much ‘business as usual’ in terms of the relationship between national health systems and the pharmaceutical industry.

As a minimum, both the EU and the UK should offer the opportunity for stakeholder scrutiny of proposed advance purchase agreements: after all, this is tax-payer’s money, and legitimacy demands such transparency.

Given the opacity of PPE procurement decisions, the UK public deserves better on Covid-19 vaccine decisions.