The US and UK: a future trade deal? 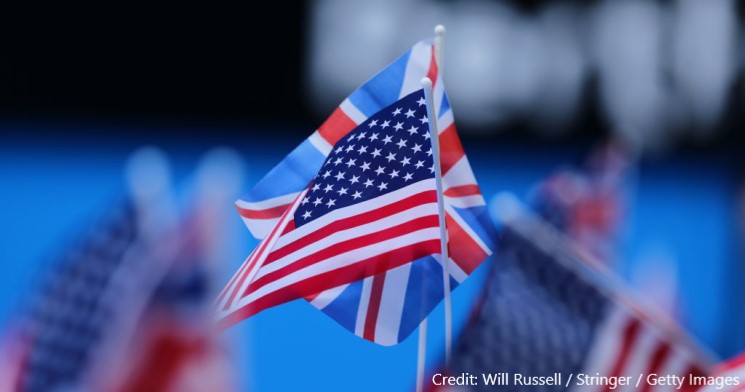 Amid the focus on a future trade deal with the EU, attention has shifted away from the bilateral relationship with the United States.

The lacuna is important not least since, while all parties still subscribe to the diplomatic mantra of not having to choose between ‘Europe’ and America, dynamics on both sides of the Atlantic increasingly make a choice more-or-less inevitable.

Three themes loom especially large in this regard: the unique era into which the bilateral has entered; evolving US strategy; and the hyper-partisanship to which even the vaunted ‘special relationship’ may yet succumb.

Firstly, relations between London and Washington have moved into an unprecedented phase. The US has dealt with a UK outside European institutions previously, from 1945-1973.

While the UK was in decline and decolonisation bringing its imperial past – if not pretensions – to a close, the British represented a serious global player, not least in military matters. Once the UK joined the European Community, its declining economic heft was compensated – for Washington – by its utility in ‘Europe’.

While far from the American ‘Trojan horse’ that some discerned, London provided the US with strategic depth, in advancing initiatives favoured by Washington (such as the single market) and staving off those it disapproved (a European army, for example).

Brexit has therefore deprived Washington of its most reliable EU partner. But this has also occurred when the traditional pillars of the bilateral are simultaneously weakening.

The British armed forces are a pale imitation of even recent decades, the army at its lowest numbers since the Napoleonic era, the air force barely able to muster a squadron to strike foes such as ISIS, and the navy unable to field sufficient escorts to assure the safety of its two aircraft carriers.

Unimpressive results in Helmand, Basra and Libya have reduced the UK’s reputation further.

Add to this a series of distinct but overlapping conflicts over extradition, the digital services tax, and divergent responses on issues such as climate change and Iran, and the strains on the bilateral are manifest.

The relationship has endured multiple previous clashes – from the many disagreements between FDR and Churchill during WWII through Suez and Grenada to Syria – but rarely has it witnessed so many serious pressure points against a backdrop of fundamental atrophy.

Nowhere is this more vivid than on the issue of Huawei. The Johnson government’s decision to go ahead with allowing Huawei to build the 5G network in the UK, albeit limited to 35 per cent of market share, has generated serious blowback in Washington.

Following earlier resolutions of disapproval in February 2020, legislation was introduced in the House of Representatives and the Senate to require the Committee on Foreign Investment to reconsider the UK’s place on the ‘whitelist’ of investors with privileged access to the US market.

As Senator Ben Sasse – a Trump critic and relative ‘moderate’ by the standards of the Republican Party – pithily put it, ‘Here’s the sad truth: our special relationship is less special now that the UK has embraced the surveillance state commies at Huawei. During the Cold War, Margaret Thatcher never contracted with the KGB to save a few pennies.’

The second element of note concerns US grand strategy, of which the Huawei spat is emblematic. Conventional wisdom holds that the current strains in the bilateral can mostly be attributed to the Trump administration and its policies and interventions in UK politics.

Much as that is so, hopes that Trump will prove an interlude rather blueprint for US strategy appear premature. China is the key bipartisan US priority.

Even before the coronavirus pandemic struck, a rare consensus had emerged in Washington that its attempts at inducing Beijing to become a ‘responsible stakeholder’ in global affairs had failed, a more assertive path was essential, and a ‘de-coupling’ of interdependent economies and supply lines was imperative.

Trump’s weaponization of tariffs may not have been the optimal vehicle, but the basic ‘get-tough’ default is bipartisan.

To this extent, while London may hope that its aspirations to be an independent, ‘Global Britain’ necessitate a less reflexively pro-Washington response, hard realities may intervene.

The US is increasingly inclined to force its partners to choose between aligning with Washington or Beijing on security and trade (the published US negotiating principles for a UK trade deal included provisions essentially precluding closer relations with China).

A Joe Biden administration wold undoubtedly be more congenial to British preferences on climate change and the Middle East, but the notion that it would represent a return to the status quo ante – Obama 2.0 – is misplaced.

A comprehensive FTA would still require congressional ratification and be subject to the multiple lobbying pressures – Big Pharma, the agricultural lobbies, financial services – with substantial clout on Capitol Hill.

Moreover, any Democratic agenda would target the defence budget as one of the few discretionary programmes that could help to fund an ambitious domestic agenda. In short, the ‘new normal’ may plausibly resemble recent conflict more than any supposed ‘golden age’ of bilateral cooperation.

Finally, it is worth noting the broadening and deepening of partisan and ideological polarisation in America. Although there is relatively little evidence that foreign policy is an object of polarisation – neither elites nor the public are consistently divided over a range of international questions – foreign policy is nonetheless affected by polarised politics.

On matters from treaty ratification and sanctions to appointments, each party is now willing and able to frustrate the other (one reason why Republican and Democratic presidents alike typically resort to executive orders). Moreover, some issues – Israel, Saudi Arabia, Taiwan – are increasingly dividing along party lines.

What that means for the UK is not entirely clear. But at a minimum it poses additional potential obstacles to harmonious relations, beyond the government-to-government problems.

A trade deal confronts diminished enthusiasm among Republicans (for whom security issues loom large) and scepticism among Democrats (who remain the most ardent economic nationalists on Capitol Hill).

Nancy Pelosi, Speaker of the House, made it clear on her visit to Ireland in summer 2019 that any threat to peace in Northern Ireland from Brexit would lead to her blocking any FTA. And while 45 Republican Senators wrote to the then new UK Prime Minister pledging support for any Brexit that he pursued, their ardour is now waning thanks to the Huawei heresy.

Asymmetrical relationships can still be mutually beneficial. But the UK-US one now looks like becoming either substantially diminished or wholly lopsided.

With little tradition of forging supportive coalitions in Washington – Britain’s institutional presence has long been concentrated in the Pentagon and intelligence community – London now finds itself in the worst of all worlds: shorn of the strategic intelligence of being inside the EU, with a downsized military, and the only ‘eye’ of the Five Eyes intelligence network not to exclude China from its 5G network.

After Brexit, London is increasingly facing a choice of recanting the policies that alienate Washington or entering an era of un-splendid isolation.

By Rob Singh, professor of politics at Birkbeck, University of London.