The US Election and the post-Brexit ‘Special Relationship’ 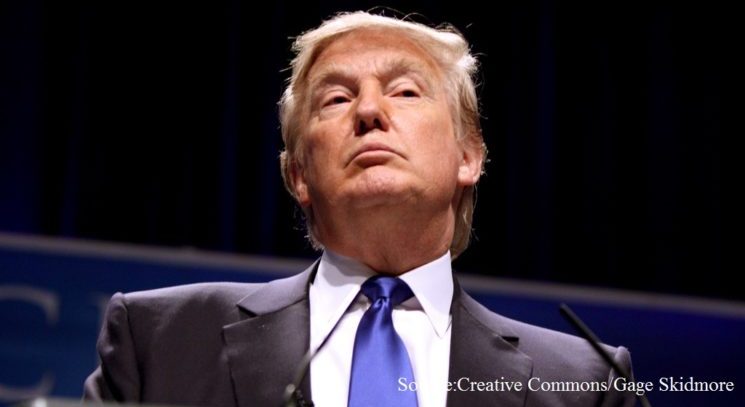 Among multiple quandaries unanticipated by the Leave campaign, the Brexit vote has left the UK in a peculiar position regarding the US. British politicians reliably depicted London as a ‘bridge’ between Washington and Brussels. Now that we are sawing off the European end, it leaves the UK even more dependent on the US to project global power – just when American attentions appear to be becoming more insular. Obama noted in April that a Leave vote would place the UK ‘at the back of the queue’ for a new US trade deal. Although he subsequently revised his initial formulation, it confirmed the relationship’s fundamental asymmetry, one that most Americans regard with little sentimentality.

What, then, can London anticipate from a Trump or Clinton administration?

Some aspects will remain unchanged: intelligence sharing, diplomatic and defence cooperation, and direct investment. Admittedly, UK credibility was weakened by the Helmand and Basra campaigns, shifty accounting to maintain our 2 percent of GDP commitment to defence, the botched aftermath of the Libya intervention, the Syria parliamentary vote, and reductions in the size and readiness of UK forces (as one American hawk pithily put it to me, ‘how many more tanks are you going to have if you leave the EU?’).

But even if transatlantic asymmetry now extends to Bruce Springsteen being able to fill Wembley Stadium while the British Army cannot, our stationing troops in Estonia and exploring closer defence ties with Germany are seen positively in Washington as evidence of still attempting to ‘punch above our (feather-) weight.’ While the EU army remains nascent and the UK retains its UN Security Council seat, London retains modest leverage – especially given shared security threats from ISIS to Russia.

But there seems minimal prospect for a renaissance of the Thatcher-Reagan or Blair-Clinton/Bush ‘golden’ eras.

First, although Trump and Clinton both profess Anglophilia, their translation into policy appears doubtful. Exactly what a Trump administration would do is close to unfathomable. But the two most consistent aspects of his world-view – the US is exploited on trade and security guarantees by allies and adversaries – cannot bode well. Viewing NATO as ‘obsolete’, admiring Putin, untroubled by nuclear proliferation, and keen to impose tariffs on Chinese imports, Trump’s protectionist and isolationist nationalism would likely plunge the US and global economies into turmoil when the UK at minimum requires stability and growth. Trump’s politics of retrenchment and resentment would compromise UK national and economic security.

But a Clinton victory would be no cause for euphoria. Like Obama – and her husband – before her, to the extent that ‘Europe’ figures high in her attentions, Hillary will regard Berlin, not London, as her key interlocutor. While instinctively internationalist and more invested in personal diplomacy than Obama, she is also pragmatic and more at the great power realist than liberal idealist end of Democratic divisions on global affairs. She does not want to see the EU fail, will be attentive to EU preferences and, if forced to choose between Merkel and May, will likely punt on the former. Moreover, domestic priorities – about which Democrats care most – and rival international matters from reviving the Asia ‘pivot’ to Middle East crisis management will crowd out any urgency to assisting a ‘littler England’ (affection for David Miliband notwithstanding).

Second, the domestic politics of foreign policy remains toxic. The dysfunction of US politics will surely deepen. With Trump and Clinton the most disliked candidates in history, the next president will likely assume office as the most unpopular ever, half the nation seeing not an opponent, but an enemy. Assuming Trump’s epic loser status is confirmed, amid claims of a rigged election, partisan polarization will worsen and the president appear illegitimate to millions. With Republican Party obstructionism tempered only by civil war, a progressive left unwilling to cut Clinton the slack it offered Obama, and a Trumpite rump insistent on outright opposition, the coming gridlock promises to make the past few years appear ones of tranquil harmony.

Third, trade politics are inhospitable for new deals. As her recent leaked speeches attest, Clinton is an instinctive free trader and trade remains a rare issue where bipartisan cooperation is conceivable in 2017-18. But the cynical exigencies that caused her to move from championing the Trans-Pacific Partnership as the ‘gold standard’ for deals as Secretary of State to pledging her opposition as presidential candidate will not dissipate, regardless of who wins the House of Representatives and Senate.

To be clear, much as excitable obituaries of liberal internationalism seem premature, so we should not be too hasty about free trade’s demise. The recent Chicago Council on Global Affairs analysis, America in the Age of Uncertainty, found robust majority support. Moreover, Democrats express greater favourability than Republicans, with only core Trump supporters in opposition.

But Clinton needs organised labour, not least in the 2018 midterms, when 25 Senate Democrats will up for re-election (compared to the Republicans’ 8). Expending limited political capital to revive TPP, TTIP or push a UK-US deal is unlikely to attract either the Elizabeth Warren-type activist base or – for Republicans – the Trumpite ‘deplorables’ who participate in party primaries.

Finally, any trade deal requires Senate ratification, something – unlike the Iran nuclear deal – there is no way around. Even bilateral deals with relatively ‘unproblematic’ states such as South Korea have required years of laborious effort, often being signed by one administration before ratification under a successor.

An inveterate optimist (call him Liam Fox) might reasonably see a ‘small’ UK deal as a better bet than a ‘mega-deal.’ And there remains real empathy for the UK among Republican and, to a lesser degree, Democratic elites. But London lacks institutionalised leverage in Congress. In an increasingly transactional environment, the UK should be actively planning now for how to exert influence not only on the next administration but also in the House and Senate, and among contenders for the 2020 presidential demolition derby. But after decades of sending civil servants on EU training courses and abolishing even the one course dealing with the US, the British bureaucracy now lacks an institutional sense of how Washington works, even in the abstract.

In sum, Obama will likely be proven more right than wrong about the UK’s place in the queue. Even for those Brits who still prefer their cowboys more Clint Eastwood than Brokeback Mountain, America is not about to round up a posse to ride to the rescue of a distressed British damsel just yet.