The value of care workers 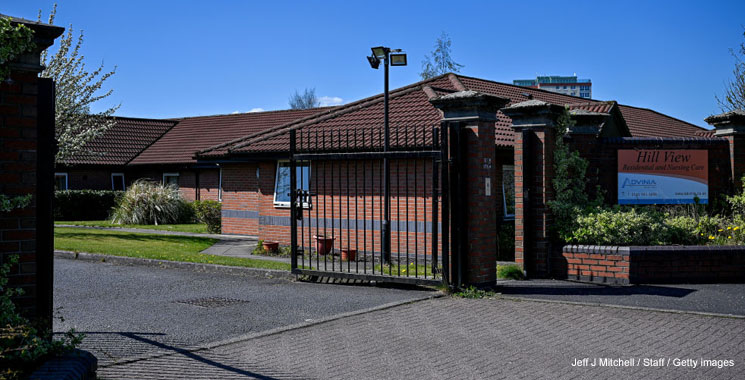 The coronavirus pandemic has seemingly cast a fresh perspective on the occupations we value. Health workers have been lauded for ‘risking their lives’ on the ‘front line’, language that hitherto has usually been applied to the bravery of those serving in the armed forces abroad rather than the dedication of those working in a public service at home.

At the same time, the prevalence of Covid-19 deaths in care homes and apparent difficulties in providing social care workers with protective equipment has meant that fresh light has been cast on the importance of the work undertaken by a sector that is dominated by low pay and, in the view of many, dogged by limited resources.

The question of which occupations we value is one with which policy makers were already having to grapple in the wake of Brexit. One consequence of the decision to leave the EU, and with it the abandonment of freedom of movement, is that the UK is having to reshape its immigration policy.

It is having to ask what criteria should be used to determine who should and should not be able to come to Britain to live and work?

One possible criterion that is reflected in the government’s proposals for post-Brexit immigration policy is the skill level associated with a job. Under these proposals, those working in skilled jobs would find it much easier to enter the country than those in unskilled occupations.

Skill would for the most part be measured by educational qualifications and income – on the assumption that the value of an occupation is reflected in the qualifications it requires and the remuneration that it attracts.

However, the requirements would be somewhat easier to satisfy for those engaged in what is defined as a ‘shortage occupation’.

The latest version of the list of such occupations includes many health service jobs, including (often less well paid) nurses and paramedics as well as (usually well remunerated) doctors.

It does not, though, include those working in social care – though it was recently estimated that nearly 8% of the vacancies in the sector in England are unfilled.

There is considerable polling that suggests that voters are more supportive of the admission of highly skilled migrants than they are of those who have few, if any skills. Examples are to be found, for instance, here, here and here.

However, there are questions to be raised about this approach to ascertaining public attitudes towards immigration.

First, it might be thought that the use of the terminology, ‘low skilled’, in any poll question cues respondents into a negative response.

Second, the approach assumes that skill is indeed a criterion that voters think should be used in determining who should be admitted.

Finally, the answers to such questions do not give us any clue as to which occupations voters actually think are ‘skilled’ (on which these data from YouGov are instructive).

Because of these problems, in undertaking our research on attitudes towards post-Brexit public policy as part of our Future of Britain project, we have taken a different approach.

In March and September last year we asked respondents to NatCen’s mixed mode panel whether those engaged in particular occupations – doctors, bankers, care workers and hotel cleaners – should be a high or a low priority when deciding who should be able to come to Britain to live and work.

Those engaged in the first two occupations would usually satisfy the government’s proposed skill requirements, while those in the last two would not.

As we might anticipate, doctors were most likely to be regarded as a high priority. In both surveys around 80% said that they should be a ‘very’ or ‘quite high’ priority, while only 2-3% thought they were a low priority. But the next most popular occupation was care worker.

On each occasion, well over half (55-57%) said that they should be a high priority, while only around one in eight felt that they were a low priority. In contrast our other ‘skilled’ occupation – banker – was regarded as a high priority by only 16%, while more than twice as many (36-37%) took the opposite view.

Leave voters – whose concerns about immigration played an important role in shaping the outcome of the 2016 referendum and on whom the government was primarily reliant for its election victory last December – are, as we might anticipate, somewhat less likely than Remain supporters to say that any particular group should be a priority. However, they share the same perception of the relative priority of our four occupations.

Over three-quarters of Leave voters think that doctors are a high priority, while approaching a half say the same about care workers. Meanwhile, only 15-16% believe that hotel cleaners are a priority and just 13% bankers.

We can, of course, guess why bankers in particular might be regarded as a low priority, associated as the profession is in the public mind with the financial crash of 2007-8.

However, their unpopularity points to the possibility that the value of an occupation in voters’ minds does not lie simply in the skills, qualifications, or remuneration with which it is associated.

Rather, it may also rest on the social benefit that it is thought to deliver. And by that criterion at least, it seems that, low skilled though they may be (though that is a perception that voters do not necessarily share), care workers were already relatively highly valued by voters long before the coronavirus struck.

Now that their work has come to public attention, adapting post-Brexit public policy to reflect that outlook might be thought something that the government would want to consider.

By Sir John Curtice, senior fellow at The UK in a Changing Europe and Professor of Politics at Strathclyde University. This piece was originally published on What UK Thinks.