The Yellowhammer document isn’t Project Fear, so don’t ignore it 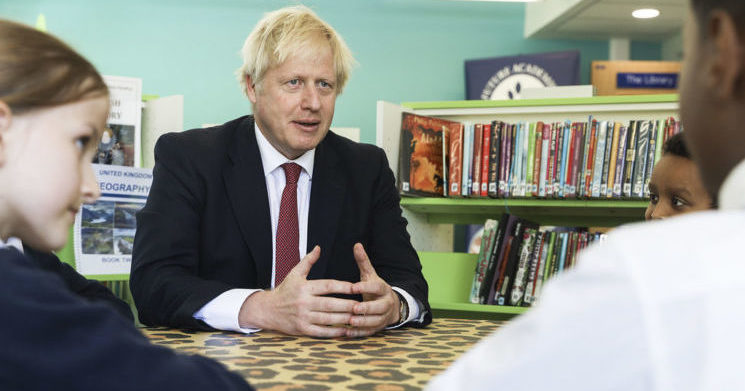 Is the Yellowhammer document ‘utter tosh’, as Nigel Farage said, or simply prudent planning? In fact, this report, published by the government about the impact of a no-deal Brexit, holds few surprises. Indeed, the picture it paints is remarkably similar to The UK in Changing Europe report ‘No Deal Brexit: Issues, Impacts, Implications’ that I co-authored two weeks ago.

That objective academic experts broadly agree with civil servants should give us some comfort that this is neither Remainer scaremongering nor Brexiteer complacency. And, although the government has re-labelled the document as a ‘Reasonable Worst Case’, we already know that it was originally described as the base scenario. So how worried should we be?

The good news is that we won’t starve and the lights will stay on. Stockpiling of chemicals by the water companies mean that, barring very bad luck indeed, our water will remain safe to drink. While there are risks to the supply of medicines – especially ones that have a short shelf life – the Department of Health is on the case.

Nor is widespread disruption to financial markets, still less a full-scale financial crisis, on the cards. And neither EU citizens living here nor Brits in Europe will become irregular immigrants overnight. But nobody should be remotely relaxed.

The document is very clear that no-deal will be a major economic shock. This is not Project Fear – it is simply the logical consequence of what happens when, as the document says, ‘the UK reverts fully to third country status.’ That means tariffs, customs checks and other controls on the border between the UK and the EU.

So there will be big falls in the volume of goods crossing the Channel, either because of delays or because some businesses simply stop importing and exporting. That in turn will mean food price increases, and possibly some shortages.

In addition, there may be disruption for people travelling to and from the EU, and there will definitely be complications for Brits trying to access healthcare or other services. And, over time, the position of Britons resident in other EU countries will become more complex and less secure. Unfortunately, some of the warnings aren’t much help. For example, the document points out that ‘Low income groups will be disproportionately affected by any price rises in food and fuel.’

That’s undeniable. But will prices go up by one per cent or 10 per cent? The Treasury don’t tell us, because they don’t know any more than we do just how big the disruption will be to trade flows. Overall, a key theme is uncertainty: no-one knows just how businesses and households will react, and moreover plans could easily be knocked off course by other events (for example, a worse-than-usual winter flu season). Perhaps the biggest unknowns, however, are not about trade and economics.

The government has said publicly it doesn’t intend to impose border checks between Northern Ireland and the Republic. Yet the government doesn’t believe its own spin here: the Yellowhammer document states starkly that ‘this model is likely to prove unsustainable due to severe economic, legal and biosecurity risks.’

As well as severe damage to the Northern Irish economy, there are warnings of increased smuggling, and criminal and paramilitary activity.  And there are other potential flashpoints where a legal vacuum could easily translate into rising political tensions: for example, Gibraltar and UK fisheries.

More broadly, perhaps the most important point, not said out loud in the document but clear throughout, is that no-deal won’t be a matter of a few weeks of disruption, after which things get back to ‘normal’.

Some things – like bottlenecks at Dover and Calais – may get ironed out. But in a host of other areas, from the Irish border to Brits in Europe to rules on transferring data, problems are likely to grow, not shrink, over time.

No-deal won’t be a ‘clean break’, still less will it ‘get Brexit done’. Instead, it will mean a long period of damaging uncertainty – and at the end of it we will still need to make a deal with the EU. So we shouldn’t panic but neither should we trust politicians who say we should simply ignore the messages in the Yellowhammer report.

The problems of a no-deal Brexit it outlines are, sadly, likely to be just the beginning. If the government chooses to go down the route of no deal, we can’t say we weren’t warned.

By Professor Jonathan Portes, senior fellow at The UK in a Changing Europe. This piece was originally published on Metro.co.uk.