There is no anti-Brexit bias in the Civil Service 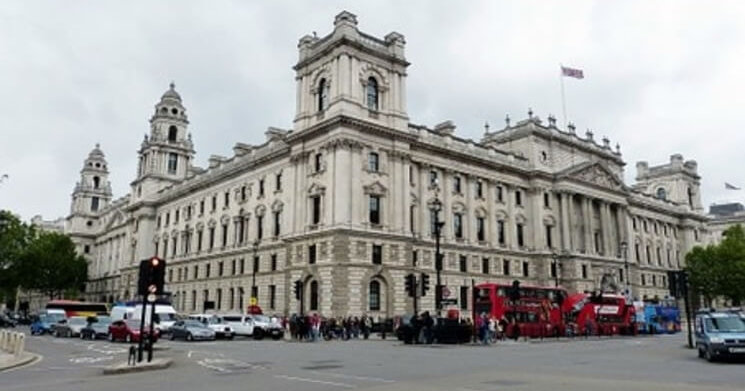 An unprecedented inquiry into the effectiveness of the Civil Service and the relationship between ministers and officials has just been published by Henley Business School. The study, by myself, is believed to be the biggest of its kind since the 1854 Northcote-Trevelyan Report from which the Civil Service was established.

My report is based on more than 140 confidential meetings with secretaries of state, junior ministers, permanent secretaries, special political advisers and others. The report was submitted as written evidence to the Civil Service Effectiveness Inquiry conducted by the Public Administration and Constitutional Affairs Committee.

One key finding of my report is that – contrary to claims and opinion otherwise both in government and/or the media – there is no evidence of bias against Brexit by the Civil Service or civil servants. I found no civil servants who attempted to frustrate or disrupt the Brexit negotiations due to their alleged anti-Brexit or pro-European sentiments.

One Permanent Secretary quoted in my report states, “I think [morale] was very low in the Francis Maude days, but it’s pretty low now. I think a number of things are making it worse at the moment… The default is that we’re to blame for everything. We’re to blame for Brexit being difficult; if we say Brexit’s difficult, we’re blamed for being remoaners.”

Irrespective of the tensions in the civil servant/minister relationship, or being in transition or not, I found no evidence of civil servants deliberately blocking, holding allegiance to the previous government, being deceitful or deliberately misleading the minister, or having an alternative agenda.

Equally, I also found no civil servants who attempted to frustrate or disrupt the Brexit negotiations due to their supposed anti-Brexit and/or pro-European sentiments.

In fact, not only did no evidence emerge that civil servants undermine or thwart their minister or derail the Brexit negotiations but, in fact, civil servants often emerged as dedicated to the Civil Service and their role in serving the public, leading naturally to a positive and productive relationship with their Secretary of State. In so doing, the resilience and impartiality of civil servants is frequently displayed by the great lengths they go to defend and support their minister.

Contrary to media opinion, and worse still for the effectiveness of government, civil servants also described a ‘sadness’ at being an ‘easy target’ unable to ‘defend themselves’, sometimes from those they serve. Indeed, at times, they also felt unprotected by those they serve.

Irrespective of department, my research and emerging evidence highlights that whatever can be done to enable the Secretary of State to realise their Brexit goals and commitments is relentlessly pursued.

This is particularly the case concerning the numerous reports that have been commissioned by ministers on Brexit, future scenarios and the outcomes of negotiations with Michel Barnier and Brussels. The diligence of civil servants through drawing on evidence to make the unbiased and independent case did little to diminish the unwelcome comments thrown at public officials.

Even the integration of different strands of departments into one new entity to pursue Brexit was subject to criticism, “… we work hard on integration, keeping the Minster fully informed and involved, then he calls a meeting and tells us we are lagging behind, we are not pulling our weight. None of us understood why other than this was a political statement which we did not deserve. The sense of betrayal has affected me” (Director General).

Overall, I found no civil servants attempting to frustrate or disrupt the Brexit negotiations. In fact, in the words of one senior civil servant, “it is an insult to even think that.” However, civil servants do nonetheless admit to misunderstandings, misjudgements, feeling inhibited to speak up and, in certain circumstances and with particular Secretaries of State, not knowing how to speak truth to power.

My report concludes that civil servants sincerely work through demanding challenges. But, due to the complexities and misunderstandings in the relationships, certain ministers continue to view civil servants as being negative and undermining.

I also conclude that the belief that 53% of Secretary of State/Permanent Secretary relationships have a dysfunctionality that can damage the relationship is the norm. Thus, attention should urgently be given to how the succession of Sir Jeremy Heywood will be handled.

What started as an inquiry into Civil Service effectiveness has become a statement on how the Secretary of State can be better positioned to deliver policy such as Brexit for the public good. In one sense, there has been no departure from the core responsibility of the civil servants to steadfastly serve the ministers. The contribution of my study is to show how this can be better done.

By Andrew Kakabadse, Professor of Governance and Leadership at Henley Business School. He consults and lectures in the UK, Europe, United States, Asia, China, Japan, Russia, Georgia, the Gulf States and Australia.