Theresa May has won over some voters – for now at least 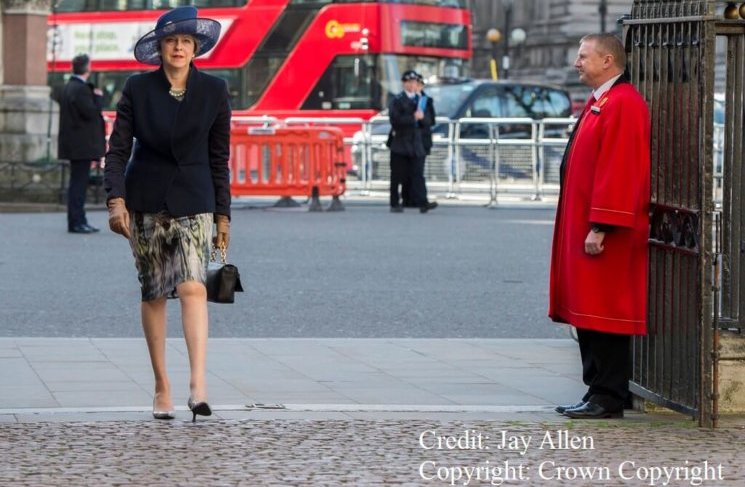 The UK government is about to embark on the task of negotiating the country’s withdrawal from the European Union. This follows a period of nine months in which it has gradually developed its negotiating stance. Its efforts to date appear to have helped win over some voters at least, but also mean it has given itself a set of objectives that those voters expect to be achieved.

The overall shape of the government’s negotiating stance emerged in two key speeches given by the Prime Minister, one at the Conservative Party conference in October and the other at Lancaster House in January. From these it became apparent that her bottom line is to end freedom of movement.

Mrs May accepts that, consequently, the UK cannot remain inside the single market. Nevertheless, she also wishes to negotiate ‘an ambitious and comprehensive Free Trade Agreement’ and ‘a new customs agreement’ with the EU.

The Lancaster House speech on 17 January in particular appears to have helped instil some confidence in the government’s handling of Brexit. Up until that speech, YouGov repeatedly reported that over a half of all voters reckoned the government was handling Brexit badly, while only around one in five thought it was doing so well.

But since that speech, typically around a third have reckoned the government has been handling things well, while about 45 per cent think it has been doing so badly. Most recently, the latter figure has fallen even further, to 39 per cent.

Other pollsters have identified a similar trend. Just before the Lancaster House speech, ORB reported that as many as 62 per cent disapproved of the way that the government was handling the negotiations, while only 38 per cent approved, figures very similar to those the company had already obtained on two previous occasions at the end of 2016.

But in two more recent polls just over half have said they approve of the government’s handling and slightly less than half that they disapprove. In addition, ORB has reported that confidence in the Prime Minister’s ability to secure a good deal has also increased. Meanwhile, Opinium have ascertained that the proportion who approve of Mrs May’s handling of the Brexit process has increased from a third before mid-January to 42% now.

Some voters have, though, been impressed more than others. The government’s vision of Brexit has been widely portrayed as representing a ‘hard Brexit’ and it was Leave voters who were more likely to have been persuaded by the Lancaster House speech.

Not only have the public, and especially Leave voters, become more confident in the government’s position, but voters’ expectations of what Brexit might bring also seem to have been raised somewhat, at least so far as immigration is concerned. Before mid-January YouGov regularly reported that between 45 per cent and 49 per cent thought that immigration would fall.

In three readings taken since the Lancaster House speech, the figure has ranged between 50 per cent and 55 per cent. Equally, whereas before that speech ORB found that 58-59 per cent of voters thought that Britain would have more control over immigration post-Brexit, more recently the figure has been closer to 70 per cent. Voters have seemingly noticed that ending freedom of movement appears to be Theresa May’s negotiating bottom line.

In contrast, expectations of the economic consequences of Brexit do not seem to have changed much. In three readings taken since the Lancaster House speech, on average 29 per cent have said that Britain will be economically better off after Brexit, while 38 per cent have said it will be worse off.

In the last three readings YouGov took before the speech, the equivalent figures were 28 per cent and 39 per cent. Many voters evidently still remain to be convinced that Brexit will prove economically beneficial.

Not least of the reasons why the Lancaster House speech seems to have instilled greater confidence in the government’s handling of Brexit is that the package put forward by Mrs May is relatively popular.

Earlier this month, NatCen confirmed a research finding first reported last autumn, that around seven in ten voters want to end freedom of movement while nearly everyone is happy to maintain free trade. Support for this combination is particularly high amongst those who might be regarded as the Prime Minister’s core constituencies – Leave voters and Conservative supporters.

But, of course, given the EU’s view that the ‘four freedoms’ of the single market go together, there is some doubt as to whether the UK can succeed in securing a wide-ranging free trade deal while also limiting freedom of movement. Failure to do so could certainly lead to disappointment.

When YouGov recently put to respondents a deal in which the UK did have controls on immigration but only a limited free trade deal, just 29 per cent stated that they would be happy with such an outcome, while 41 per cent said they would be unhappy.

Chart: Attitudes towards the vote to leave the EU

However, there is one subject about which the public have so far not changed their minds during the last nine months – that is, the wisdom of the decision that was made last June. Ever since last August YouGov have regularly asked whether ‘In hindsight, do you think Britain was right or wrong to vote to leave the EU?’.

Indeed, nearly everyone who voted to Leave the EU still believes the decision was right (on average 88 per cent of Leave voters have expressed that view in YouGov’s four most recent polls), while almost everybody who voted to Remain still feels it was wrong (87 per cent) Perhaps in the next two years we will find out which side has made the right call?

By Professor John Curtice, senior fellow at The UK in a Changing Europe