Theresa May is trying to stay afloat on Brexit, but she keeps finding herself in a hole 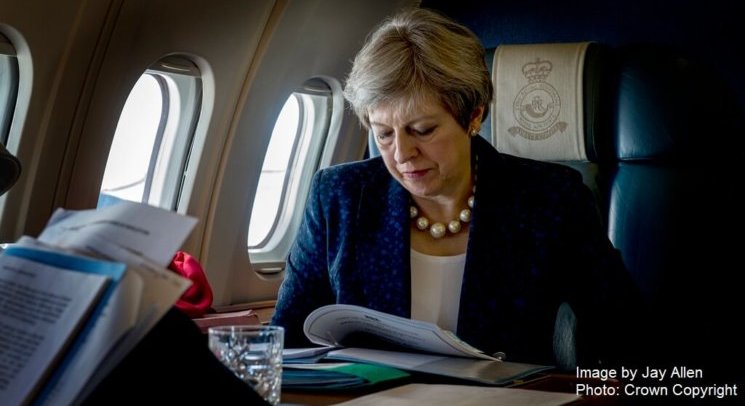 All major politicians sooner or later find themselves in a hole of their own making. Even if they don’t make mistakes, they will fall into an elephant trap dug by their opponents. There are three laws to follow when in a hole: stop digging; keep afloat; and watch out for someone pulling the plug and sending you down the drain.

The first law, stop digging, means first check the facts. After all, maybe you are in a hole for good reason. Amber Rudd failed to do so and had to resign after issuing a denial that was buried by evidence. Peter Mandelson’s first cabinet resignation is another classic example.

Another error is trying to climb out of the hole with a rope ladder made of cover-ups. That tactic was famously adopted by both John Profumo and Richard Nixon but couldn’t take the weight of facts. Donald Trump’s modification is: When you are in a hole, throw mud, false facts or abusive terms which the media will publicise and your friends will cheer.

The Brexit negotiations make it difficult for Theresa May to do nothing, as Brussels briefings regularly pour barrowfuls of mud down her hole. If her words don’t begin to make sense in ‘Eurospeak’ as well as in British parliamentary language, the Brussels calendar-clock will keep ticking until she is out of her hole and over the cliff of Brexit without a deal in March next year.

The second law of holes is exemplified by Theresa May’s concentration on keeping afloat. This is consistent with Michael Oakeshott’s old Tory philosophy that politics is not about sailing toward goals, but instead about keeping afloat in a boundless sea. It is matched by Harold Wilson’s dictum that keeping afloat for a week is ‘a long time in politics’.

Theresa May cannot take survival to the end of a week for granted. Last week she avoided the Cabinet’s Brexit sub-committee breaking up by offering home-made fudge. This is the political equivalent of the Emperor’s clothes, a compromise statement about a customs union that is palatable to her divided party but contains ingredients unacceptable under EU regulations. The EU is offering British negotiators the choice of real Belgian chocolate or nothing.

A small but strategically important number of pro-EU Tory MPs would like to serve fudge cooked in the House of Lords according to Walter Bagehot’s recipe. It would be wrapped in symbols of tradition such as the Union Jack.

Inside would be a fudge full of ingredients familiar in Brussels, such as the rights and obligations of participating in a customs union and single market. It is certain that this would be rejected by most Tory MPs as making Britain a vassal of Brussels. It is uncertain whether this would meet the diverse tastes of Labour MPs to be favoured by a cross-party majority in the House of Commons.

For anti-Brexit campaigners such as Jacob Rees-Mogg and members of the Eurosceptic European Research Group, the key question is: when to pull the plug and see their opponent disappear down the drain of history?

Under Conservative Party rules only 48 Tory MPs need to sign a letter requesting a vote of confidence in the Prime Minister by Tory MPs. This is less than the number of Tory MPs who would like to remove the ‘stain’ of Brussels blue from the UK and repaint the map of the world imperial pink.

A letter can be handed to the chair of the backbench 1922 Committee any week when the Commons is in session and a draft letter can be scribbled during a Cabinet meeting or parliamentary debate when the time appears right to do so. The only safe time for Theresa May before the summer holidays is the two-week recess at the time of the late May Whitsun holiday.

For a theoretical economist, the answer is easy: Pull the plug when you are sure to win. For the most ideological Brexiteers, victory would take the form of a new Conservative prime minister insisting that the European Union accept uncompromising British terms for Brexit.

If this is refused, then Britain would turn its back on Europe and sail off to explore a global future as it did in days of old. This policy could also be delivered by Theresa May if, in order to stay afloat, she accepts what Brexit means to hardline Tories.

For all MPs, the big question is: who will come forward with a new spade after Theresa May is buried politically? A cross-party majority vote in the Commons for a soft Brexit motion would not produce a Tory prime minister. Nor can such a majority favour terms that would be acceptable to Brussels.

A general election vote giving Labour the most MPs would put the spade in the hands of Jeremy Corbyn. He would only dig a hole for an EU flag that was purple turning red. However, this risks burying the British economy.

By Richard Rose, Visiting Fellow at the Robert Schuman Centre of the European University Institute and Director of the Centre for the Study of Public Policy, University of Strathclyde. Professor Rose was a commissioning fund awardee of The UK in a Changing Europe.