Theresa May’s white paper, Brexit and free trade: how should the left respond? 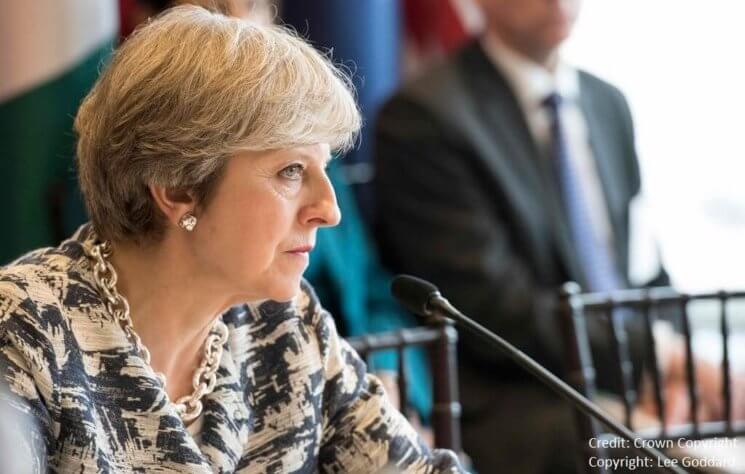 Theresa May’s U-turn on her Brexit ‘red lines’ in the recently-announced White Paper has given the opposition parties an open political goal. To date, the main beneficiary appears to be Ukip, and whether Labour is able to pick up a share of the disaffected voters remains an open question.

On the face of it, there should be plenty of chances for Jeremy Corbyn to hold the PM’s feet to the fire. Incredibly, Theresa May apparently passed her plan by Angela Merkel before her own Cabinet or Parliament.

The White Paper proposes that the UK bind itself perpetually to the EU rule book whilst giving up the right to influence those rules. Given this, there would almost certainly be restrictions on the ability of any future Labour government to implement its economic plan in full.

Finally, there is the remarkable suggestion that the UK acts as a tax collector for the EU without any hint of reciprocity, a position on which the Government already seems to have shifted ground.

Labour, though, also face deep divisions which limit Corbyn’s ability to manoeuvre. Part of the problem is a deeply-held suspicion of many on the left towards free trade.  In truth, a deeper historical and economic understanding of free trade could help the Labour Party to shape a more coherent and politically rewarding response to Theresa May’s travails, and to Brexit more generally.

As I explain in a recent IFT pamphlet, free trade has historically been seen as a progressive cause. The campaign against the Corn Laws in Victorian times was led by radical MPs, backed by the liberal economist, David Ricardo.

Later on, it was Labour politicians and the unions who opposed Conservative attempts to raise tariffs on trade in the 1920s and 1930s.

It is not hard to understand why. Other things equal, tariffs on imports increase the price of goods for consumers both directly, and also by protecting less efficient producers from competition.

We may like the idea of restricting competition to protect domestic jobs, but the long run effect is that producers have less incentive to invest in improving productivity, resulting in lower wages and gradual decline.

In the context of the EU, it is easy to forget that although the single market and customs union make trade easier within the bloc, they also exist to make trade more difficult and more expensive with countries from outside the EU.

Tariffs and other trade barriers protect large companies and allow them to keep prices higher than necessary.  Many EU tariffs are low, but for sectors such as food and clothing tariffs can be as much as 20 or even 40%. These goods take up large proportion of expenditure for those on lower incomes, meaning that it is poorer families who are hardest hit.

For the UK to regain the ability to lower tariffs, and other trade barriers with non-EU countries, should be a policy aim for politicians on the left. The best option of all would be for the UK and EU to continue trading tariff-free, and with each side mutually recognising product standards.

Putting to one side the myth that such an approach would require a hard border in Northern Ireland, such an outcome is perfectly plausible – the EU is well on the way to agreeing such a deal with Canada and, irrespective of their public negotiating position, it will be infinitely preferable to the EU than a ‘no deal’ alternative.

However, even if the so-called Canada plus deal does not come to pass, Labour politicians should not be afraid of the possibility of trading under WTO rules. Remember that the WTO Trade Facilitation Agreement mandates border procedures to be as frictionless as possible, and would make it very difficult for the EU to unilaterally withdraw existing trade permissions. Unlike Theresa May’s White Paper, the WTO outcome would mean the UK keeps control of its laws and money whilst regaining the ability to trade freely across the world.

Opponents of free trade raise questions which deserve to be taken seriously. Even if freer trade has helped to alleviate poverty across the world, has it been at the expense rising inequality?

Will the competitive pressures from free trade erode workers’ rights or environmental standards? The empirical evidence on these questions is not all one way, but it frequently supports the case for free trade.

For example, the World Bank finds that competition from trade can help to close the gender pay gap by reducing the ability of firms to discriminate. Similarly, there is some evidence that trade liberalisation can improve environmental outcomes.

But perhaps more importantly, even when the evidence is ambiguous, there is a danger that interventions against trade end up creating more problems than they solve.  In particular, experience suggests that large multinationals with their extensive lobbying resources often ensure that trade barriers end up working for their shareholders, and not for ordinary working families.

All this does not mean there is no room for regulation. Governments have an important role in tackling cases of dumping or other anti-competitive practices. They also need to recognise the impact that rapid changes to trade can have on individuals, particular sectors and regions.

It is sensible to control the pace of change and to ensure that the rewards from trade are experienced by the whole economy both through redistribution and, especially, through education and training.

But in general, there is no need for a trade-off between free trade and economic justice. In fact, leaving the EU makes it possible to put in place the structures in which both can be achieved. Theresa May’s White Paper does not come close to doing that. It is time politicians on the left stepped up to the mark.

By David Paton, Professor of Industrial Economics at Nottingham University Business School and is a member of Economists for Free Trade.  His paper “The Left-Wing Case for Free Trade” was published by the Institute for Free Trade in January 2018.