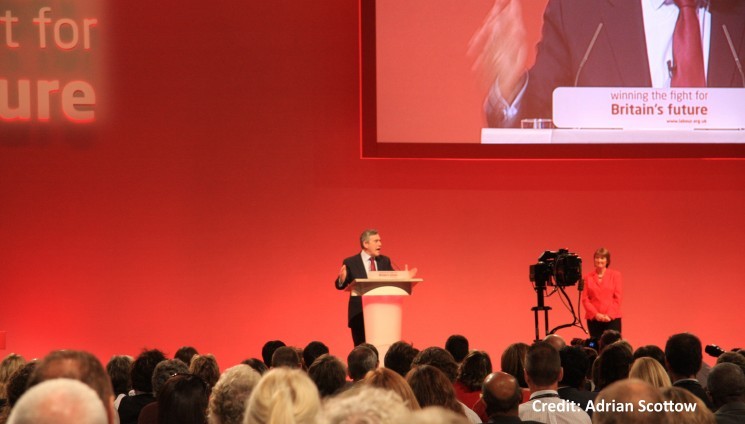 Britain’s referendum on its continuing EU membership is likely to be the major event of 2016. The result will not only determine the country’s place in the world but could also generate some big and long-lasting effects in domestic politics.

Among other things, it will decide David Cameron’s future, and whether the Conservative’s can finally move on from a civil war that has been raging for more than twenty years. It will also decide the fate of the UK Independence Party, turning British Euroscepticism into a mainstream force or relegating it to a fringe obsession. But Britain’s EU referendum could also have a major impact on the Labour Party – and in a way that few people currently realise.

While Jeremy Corbyn has voiced some ambivalence toward the EU, Labour will inevitably set out to make a strong and loud case for Remain. Labour In For Britain, led by Alan Johnson, is already putting forward the traditional case for European integration, claiming that Brexit would put millions of jobs at risk, threaten an export market that is worth a few hundred billion each year, and jeopardise rights for workers that are guaranteed through EU law. One by one, over the coming months, Labour politicians will take to the airwaves to relentlessly voice the cosmopolitan case for why Britain should stay in the club.

But over the long term this could also prove to be a turning point in the life story of the Labour Party, a highly significant and damaging moment for a party that is increasingly struggling to reassert its relevance.

Collectively, Labour MPs and campaigners are about to send a powerful signal to the electorate: that Labour believes in the EU, thinks positively about all that comes with the EU, and views those who think otherwise as Little Englanders, racists, ignorant or wrong. Herein lies the problem for Labour.

“Public opinion toward the EU cuts across traditional divides, disconnecting the established parties and their voters”

Europe – like immigration – is an unusual issue. It is not like traditional Left-Right issues that used to neatly organise voters into one of two camps. Public opinion toward the EU cuts across these traditional divides, fuelling a disconnect between the established parties and their voters. Conservative voters are split on the issue while Labour supporters are also divided, albeit to a lesser extent.

The problem for Labour politicians is that while they almost unanimously push a pro-EU position, many of the voters who they have been losing since the late 1990s, and who the party needs if it is ever to return to power, think fundamentally differently about this issue. The problem is not immediately obvious. Over the past three months when YouGov asked people how they plan to vote at the referendum, those who voted Labour last May break decisively for Remain. Typically, 55 per cent back Remain while only 26 per cent want to Leave, with the remainder undecided or not planning to vote at all. Only the more thoughtful Labour politician might conclude that the fact that one in four Labour voters want to leave the EU, as do around one in three SNP voters, hints at a deeper problem.

You can see the challenge for Labour by taking a step back. Contrary to what many claim, Labour voters do not represent a large block of people who feel content with Britain’s EU membership. Far from it. When pollsters recently probed the views of Labour voters toward the EU in more detail they found that only 15 per cent think all is well and there is no need to renegotiate Britain’s EU membership. In contrast, more than 70 per cent want to see Britain’s relationship with the EU change – either by changing rules to protect national interests, pursuing substantial change and further opt-outs, or delivering fundamental reform. If pro-EU Labour elites spend the next few months talking over these concerns then they may find themselves risking a backlash from a decent chunk of people who just voted for them. But that’s not all.

It is not only the one in four Labour voters from 2015 who the party risks alienating during the referendum and, possibly, losing to apathy or Ukip. There is also a much larger number of economically disaffected, working-class and left behind voters in Britain who might otherwise be within Labour’s grasp at future elections but who are consistently the most likely to back Brexit. This is the bigger problem.Among Britain’s skilled and semi-skilled working-classes, as well as the unemployed and those on welfare, nearly one in two voters plan to vote for Brexit. Many of these voters come from the same groups that failed to turnout for Labour in sufficient number last May. Labour’s dwindling appeal among the financially disaffected, older working class was an important factor behind its failure.

For Labour, reconnecting with these voters and not alienating them further will be difficult. Many of these voters think fundamentally differently about the EU than the professional and university-educated middle classes, from which many Labour MPs are now drawn. On Europe, these voters often have more in common with the Conservatives or Ukip. Talking repeatedly about the benefits of EU membership may entrench Labour’s support in Islington but it will be a major turn-off for blue-collar Britain. And Labour cannot simply trade the former for the latter, especially in an era when it has lost any image of economic competence. It will need to hold on to its core voters for some time yet.

And this also rings true on the free movement of EU workers. Ask Labour voters what they most want to see changed in Britain’s relationship with the EU and they line-up solidly behind immigration. On this issue Labour voters are like the average voter. Their priority, by a large margin, is to control Britain’s borders and curb welfare benefits for EU migrants.

The problem for Labour is that between now and the referendum pretty much everybody who is anybody in the party will send these voters a big fat signal that Labour holds a very different outlook than theirs: that it thinks about the EU in terms of how it generates jobs and wealth rather than how it might challenge national identity and ways of life; that it views the EU as a source of protection for workers whereas many workers see it as a source of unlimited competition; and that the party feels at ease with the principle of free movement whereas many of these voters feel the complete opposite.

That immigration and Europe hold the potential to undermine Labour’s prospects has, in fact, already been demonstrated. A few years ago Geoffrey Evans at the University of Oxford showed how New Labour’s embrace of a pro-EU and pro-immigration position was a big reason why, from the late 1990s onward, economically disaffected and working-class Britons began to abandon the party in large numbers. This was the root of a disconnect that has subsequently caused Labour significant pain, and which many of its advisers were too slow to identify. It pushed the white working-class into apathy or the short-lived British National Party, led others to cross the floor to David Cameron in 2010 and then, from 2013, fuelled the rise of Ukip that ultimately played a key role in stalling Labour’s comeback.

During the 2000s Labour lost a significant chunk of its traditional, working-class voters by failing to understand and speak to their concerns over identity. It could now find itself replicating that mistake, ignoring or dismissing voters who never fell in love with the EU and now want their anxieties discussed and taken seriously.

This is why Britain’s EU referendum and the surrounding campaign could play a decisive part in the life story of the Labour Party. For Jeremy Corbyn and his team there is a very real risk that Britain’s EU referendum will further erode their appeal among the very groups in society that the party desperately needs to win back if it is ever to return to power.

This piece was written by senior fellow Matthew Goodwin, UK in a Changing Europe. It originally featured in the Telegraph.