Thinking about human rights and Brexit 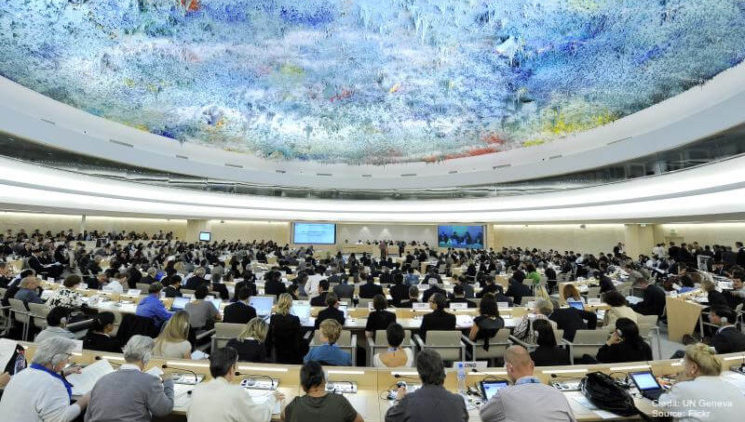 Human Rights Week is the time each year when we reflect on the adoption of the Universal Declaration of Human Rights 1948, and we think about its continuing relevance. It is a document that is worth reading again; its inclusive vision of human rights is an inspiration to people locally and globally.

The endless discussions on Brexit have largely concentrated on the trade and economic consequences. These are not, of course, irrelevant to considerations of human rights. But there is still a risk that the human impact of Brexit tends to be neglected.

Where rights have featured, the focus is often on certain categories of person: EU citizen, British citizen, and Irish citizen.

This is understandable; Brexit is, after all, about departure from the EU. The clue to human rights, however, still rests in the title. That is not to dismiss membership and belonging; human rights law has significant things to say, for example, about statelessness, deprivation of citizenship and the right to a nationality.

It is simply a way of keeping the door ajar for the others who are left out, neglected or forgotten.

There is a strong emphasis within human rights law on that fact that everyone matters, and that we should be mindful of those who our discourses are actively excluding.

So, the tendency to use the rights of EU citizens as bargaining tools in a political negotiation is as repugnant as the likely impact of Brexit on all those who fall outside the protective scope of whatever mechanisms are put in place.

Human rights have found a (limited) home in the withdrawal agreement and political declaration; evident in, for example, the Protocol on Ireland/Northern Ireland. The inclusion of specific provisions on rights is noteworthy, although the precise meaning of the ‘no diminution’ obligation, for example, will continue to be a source of debate.

The political declaration references human rights as part of the background to the negotiations on the future, and includes intriguing language on the European Convention on Human Rights.

Even where not explicitly noted, it is likely, given the role of rights in the EU’s own legal order, that they will feature in the years ahead (that does include the EU Charter of Fundamental Rights).

The UK remains a party to a large number of international human rights instruments. This will continue to be the case after Brexit. The strengths and weaknesses of the international system are well known, and the UK’s ‘dualist’ approach makes proper implementation a challenge; but this international legal framework will persist.

The Human Rights Act survives still (for now), and there are human rights and equality commissions around the UK that will continue to protect and promote rights. One problem, of course, is that existing mechanisms have nothing like the enforcement potential that comes with EU law.

Although, even on this, it remains to be seen what will happen domestically with the withdrawal agreement and the terms of the future relationship.

Perhaps the greatest anxiety, from a human rights perspective, flows from what Brexit appears to signify. The language of ‘taking back control’, the alignment with the ‘hostile/compliant environment’ strategy, the mood of withdrawal and retreat, and the search for ‘scapegoats’ in the midst of socio-economic disadvantage and marginalisation.

This looks like a world that will not be friendly to an inclusive culture of respect for human rights and human dignity. That is not to suggest despair or passivity; the human rights movement has always had to confront difficult times.

It will just mean that whatever obstacles are thrown in the way, or whatever arrangements eventually emerge, the determined work to advance human rights will go on.

The Universal Declaration of Human Rights will remain an inspiration to all involved in that ongoing effort.