This angry, embittered parliament has been defeated by Brexit 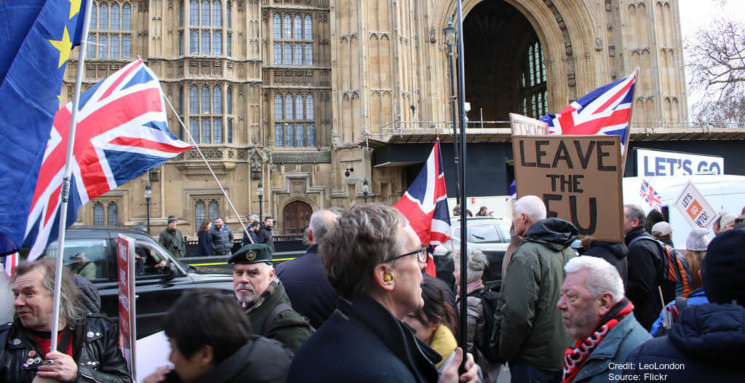 So the ERG does it again, and scuppers the prime minister’s plans. Anna Soubry emerged from the chamber last Thursday night visibly enraged and talking of a complete lack of leadership.

And meanwhile, over the aisle, the tensions and bad blood within Labour ranks are such that seven MPs have now split from the party and formed ‘The Independent Group’. Parliament is angry, tensions are running high – and that’s a problem not just for now, and the fate of Theresa May’s deal, but also for the longer term.

But first to the present, and Thursday’s shenanigans in parliament. Once again, after another couple of days of debate and deliberation, nothing much has changed, albeit that the signs of tempers fraying and party unity being stretched to pretty much breaking point were there for all to see.

Oh, and the government lost another vote – its 10th. Though, apart from the embarrassment, and the fact that the EU may begin to wonder if May can ever get anything over the line, this has absolutely no legal significance.

Everyone is playing a waiting game. Downing Street calculates its best chance of passing its deal lies in increasing its no-deal preparations, and terrifying parliament into supporting the prime minister.

Meanwhile, hardcore Brexiters welcome the sound of the ticking clock running down towards no deal.

And, finally, those in favour of another referendum figure that, ultimately, their chances of victory are maximised if they wait until the prime minister’s deal dies before making their move.

Their only hope, the People’s Vote campaign admits, lies in presenting their colleagues with a choice between no deal and no Brexit.

So what now? Well, now we enter the genuinely crucial phase. In two weeks’ time, MPs will actually have to eat their greens and decide on something.

It is now established that for those who fear no deal, the next series of votes, scheduled for 27 February, is the key moment.

Even the government now privately admits that at that point amendments such as that sponsored by Yvette Cooper and Oliver Letwin, which seeks to prevent a no-deal outcome, are likely to garner enough support.

If the Cooper-Letwin amendment passes, it guarantees parliamentary time for a debate on the Cooper-Letwin bill, which will force the prime minister to allow a choice between either no deal or an extension to the article 50 process.

Other possible amendments may seek to force a series of “indicative votes”. MPs may be provided with a suite of alternatives on which to vote, providing (at long, long last) some idea of which possible outcomes they prefer more than others.

Because, ultimately, a choice needs to be made, and Thursday’s cancelled Valentine’s dinners brought us no closer to it. The UK will either leave the EU with a deal, leave the EU without one, or not leave at all.

The key question is which of these alternatives will be taken off the table first. If no deal is delayed (which is all that parliament can do in the absence of agreement on an alternative) it may hinder the prime minister’s chances of scaring MPs into voting for her deal, although that would simply mean we’re delaying the moment of choice.

Either way, 27 February looks increasingly like a genuine moment of truth. Remainer cabinet ministers who have threatened to resign if no deal looks likely will have to choose whether they are just mouth or have trousers too.

Labour MPs tempted by the splinter group will need to decide whether their patience with their leadership is finite.

And Downing Street, too, will face a difficult decision. The risk of the Cooper-Letwin bill passing is that the rug will be pulled from under the prime minister’s strategy. Currently, the government can obfuscate.

An extension would change the balance of options, and the prime minister would be forced to choose. May might have to secure some concessions from the EU before 27 February, or face running out of road.

So, once again, we have a two-week buildup to a parliamentary showdown, but this time it may actually be one that matters. However the one thing that has become clear is that whatever our parliamentarians do, they will do it grudgingly.

No one likes the deal. Relatively few favour a referendum, and virtually no one genuinely thinks no deal is a desirable outcome.

Which means that, whatever happens, this will not have been a healing process. Rather, MPs will emerge dissatisfied with whatever has happened, claiming not to have supported it and laying the groundwork for battle to resume as the debate over our future relationship with the EU commences in earnest. Oh joy.

By Professor Anand Menon, director of The UK in a Changing Europe. This piece originally featured in the Guardian.