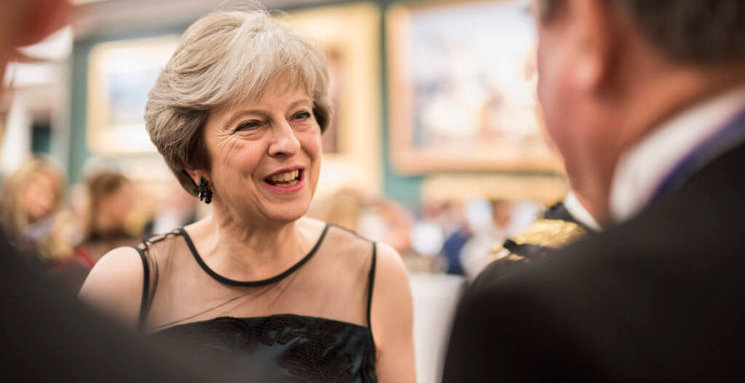 As the government faces an impasse in its Brexit negotiations with the European Union and ramps up preparations for crashing out, many citizens are mystified why Westminster is so absorbed in fights over seemingly technical details.

Why don’t they just get on with it? Passionate leavers think Brexit is made needlessly difficult by the arrogance of Brussels or, more frequently, the prime minister’s lack of enthusiasm for the project and timidity over choosing a “hard” Brexit option.

Yet, if we take a step back from the blame-shifting and the personal recriminations, it becomes clear that even a government led by a “leaver” with a solid majority would have struggled with Brexit too.

Few MPs and even fewer citizens realised before the referendum the full extent to which the UK administrative, legal and economic system has become intermeshed – and in some areas entirely fused – with the EU.

After 45 years of membership and thousands of laws passed in both Brussels and national capitals, the UK has fully delegated competences to the EU in some areas (as in external trade negotiations), or is sharing them (as in parts of justice and home affairs). While Britain remains legally sovereign and retains full competences in the areas of greatest importance to citizens, European law has become British law in many areas.

Unravelling, “repatriating” and replacing all these functions and agencies and legal frameworks was always going to consume a huge amount of time and energy. Rather than giving notice to move out of a marital home to start a new life, Brexit is better described as moving out while the former spouse by default keeps the house, control of the joint business, main responsibility for the children, the car, and all computer files and passwords for all joint accounts.

As the EU sticks to its negotiating stance, it has become clear that the UK is the one that is in greater need of a deal to minimise disruption.

Before the vote, parliament legislated for a simple majority referendum without considering the wide-ranging constitutional repercussions of a leave vote. Most democracies with written constitutions have provisions about how such changes can be made to enjoy lasting legitimacy.

That typically includes super or double majority requirements to protect the interests of minorities and regions. Parliament’s lack of sensitivity to its constituent parts in particular has come to haunt the government today. The most pressing problem in this respect is how to maintain a frictionless border between Ireland and Northern Ireland without EU membership – closely watched by leaders in Scotland.

Nor was there consensus in the country, parliament or major parties about what shape Brexit should take. Before the referendum, some Brexit advocates made the case for Britain to replicate Norway or Switzerland-type roles in relation to the single market. Others saw the referendum as way to leverage negotiations with the EU for more advantageous terms and opt-outs whilst staying inside the institutions and single market.

Even as leave campaigners united under an umbrella narrative of regaining “control”, they differed strongly in how to leave and what kind of Britain they wanted to see after Brexit.

Some leavers, such as Boris Johnson or Daniel Hannan, talked openly about the benefits of immigration, while for others the strongest argument for Brexit was to bring overall levels of immigration down.

For some on the right, Brexit was about buccaneering low tax and lightly regulated global Britain. They were happy to sign trade deals even if that required lowering immigration barriers to non-EU migrants from, for instance, India. In contrast, the less numerous and visible Lexiteers in the Labour Party relished the opportunity of breaking free from the EU as a “neoliberal enterprise” and pursuing true socialism unfettered by EU state aid and competition rules.

The current splits among the Conservative Brexiteers (over the desirability of no deal, Canada plus, Chequers or indeed Norway/EEA) and Labour (over membership of the single market and a “peoples vote”) show just how little progress has been made on agreeing what Brexit actually means, even at this late stage.

Justine Greening rightly described Westminster’s ability to handle Brexit like fuelling a diesel engine with petrol. The trade offs and incompatible visions are thus still unresolved and arguably unresolvable within the major parties.

The current impasse is therefore not just the result of procrastination, unrealistic red lines and poor tactics. It’s a symptom of a deeper constitutional crisis triggered by a series of profound misunderstandings.

Just six months from departure and mere weeks from the next European Council meeting, that could see negotiations breaking down. There is no easy solution and it doesn’t look like buying more time is an option.

Rather than deliberately engineering a crisis hoping unrealistically for the EU to budge, the prudent thing for Theresa May to do at this late stage would be to place all the realistically available options on the table and hold a free vote in parliament, whittling them down until one has the absolute majority.

By Christoph Meyer, Professor of European and International Politics, King’s College London. This article is republished from The Conversation. Read the original article.