Three messages from the Withdrawal Agreement 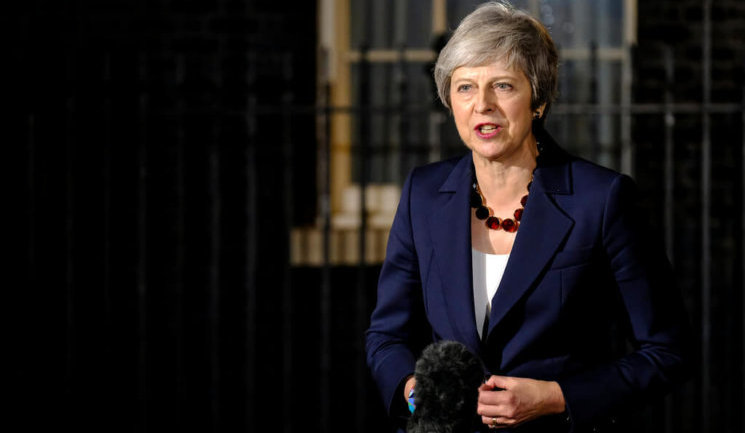 Yesterday’s publication of the provisional final text of the Withdrawal Agreement (and associated Political Declaration) marks a crucial point in the process of Brexit, opening the door to an approval and ratification process and the first major step in establishing a new basis for UK-EU relations.

Weighing in at nearly 600 pages of text, it’s easy to get lost in the details, so what basic messages can we extract from it?

Most of this is about the past, not the future…

As the name implies, the Withdrawal Agreement is largely concerned with the ending of the UK’s membership of the EU. That means the tying off of existing arrangements and the creation of interim management structures and processes.

Hence a lot of the text is occupied with marking out what stops and what liabilities remain and require attention. In that latter camp we can find provisions on finances and on citizens (who have been a rather marginal concern in the negotiators’ scheme of things, it has to be said).

In that sense, the main thrust of this is backward-looking and points to the extent of the EU’s entanglement with the UK that now has to be unpicked: bear in mind that this document – lengthy though it is – is dwarfed by the pile of acquis that the UK will have to work through under the mechanisms of the Withdrawal Act.

This might be a source of frustration to the casual observer, who might be forgiven for thinking that all the debate might have produced light on the future direction than the rather bland Political Declaration.

…but what there is on the future will matter

However, that Declaration – with its commitments to work together to maintain cooperation in a wide range of areas – is not the only part of the text that concerns the future.

As has been discussed at very great length, the Withdrawal Agreement also contains provisions on the ‘backstop’ to the Irish dimension.

As anticipated, this now takes the form of a complex protection of the current open border between the two parts of the island of Ireland: should it not be possible to put into effect a comprehensive future trade deal by the end of transition, then a UK-wide customs arrangement will come into effect, with lots of regulatory alignment to ensure that border checks are kept to an absolute minimum. That alignment also reduces the risk to the EU of the UK exploiting its access to the single market by undercutting standards.

If this had been evident for some time, it is important to stress two aspects of this that were less so.

Firstly, the Political Declaration places this customs arrangement in a central position for the future relationship, forming the basis for that comprehensive cooperation. This is likely to cause many headaches for the hard Brexit opponents of the text, given the potential limiting of UK free trade agreements with other countries.

Secondly, while there is now a one-off extension to the transition period, this will still not be long enough to conclude the treaties envisaged in the Declaration. Indeed, it is telling that the published draft doesn’t actually say how long that extension will be (although it’s likely to be one year, given other references in the text), highlighting just how contentious this point will be.

The brevity of transition means that all of the backstop arrangements are very likely to come into effect, raising the stakes for all involved, despite Michael Barnier’s words on the intention never to have to use them.

There will be no simple model of Brexit

Often overlooked in all this is the fact that this stage of Brexit – the ending of UK membership – was always going to be the easier and more contained part. It’s been overlooked mainly because it has been so difficult and sprawling.

But the agenda was very limited in Article 50 negotiations and the options relatively constricted: there were only a small number of ways to handle each of the elements.

By contrast, the future relationship contains multitudes. Each paragraph of the Political Declaration contains possibilities that might run to many hundreds of pages of a future deal, all framed by the same legalese that we find in the current texts.

And this is not very transparent.

Possibly, it’s not meant to be: the burying of the specifics of the backstop is a case in point on the political exigency of not saying too explicitly what you mean.

But for a British public that already has low levels of confidence in the process and the outcomes, such obfuscation can only heighten their sense of disengagement.

It also raises the risks of individuals misrepresenting what this represents: a considered attempt to move to a new post-membership relationship.

It may not be pretty, but for now it is the only text on the table and it cannot and should not be ignored.

By Dr Simon Usherwood, Deputy Director of The UK in a Changing Europe.