Three things the next Tory leader needs to know about Brexit 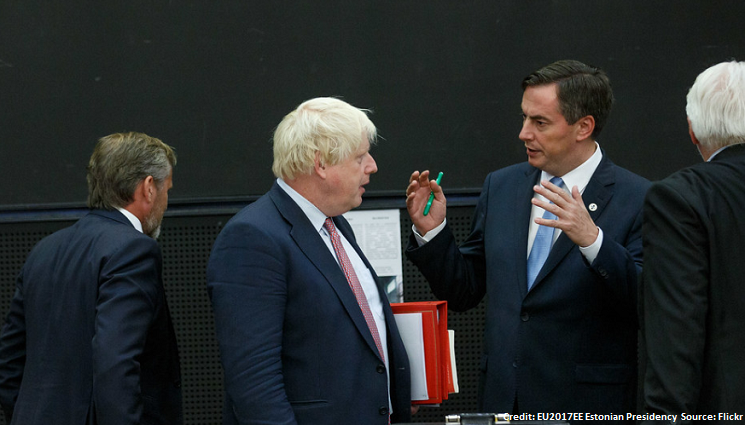 And then there were six. The Conservative leadership contest already feels interminable – and, let’s face it, it’s been going since the day after the 2017 election. And yet it’s only this week that the candidates have formally thrown their hats in the ring.

We’ve already been treated to bucketloads of ambitious claims, bold rhetoric, and appeals to the power of positive thinking. We’ve had precious little, however, that even begins to respond to the key questions raised by the largest single issue confronting us.

So in an attempt to be helpful, we thought we’d address those still in the race and list these Brexit questions in the hope that someone – anyone – in the running to be our next prime minister might have some answers.

First, do you realise how little time you’re going to have, and do you have any idea how you will spend it? Think about it. You will ascend to your post at the end of July, and parliament is due to pack up and go off on holiday straight away. A week in the job and you might be snapped in speedos.

And in case you’re thinking of spending the recess sorting the Europeans out instead, good luck persuading anyone in Paris to forego the beach for Brexit again. And perhaps more seriously the key figures who led the Article 50 task force, Michel Barnier and Sabine Weyand, are moving on.

Which takes us to September. Time for you to get down to business. But not much time at all. After all, two weeks later Westminster will head off on a drinking binge. Sorry. To the party conferences. And by the time parliament comes back after the SNP shindig, it will be 15 October – a fortnight before our scheduled departure date.

That’s not much time to pass legislation preparing us for no deal. It’s certainly tight timing for an emergency budget or the citizens’ rights legislation some have suggested might alleviate the strain of no deal.

Actually, it’s even worse than that. The European Council will have to sign off any deal that a new prime minister has negotiated, or approve any extension that we request, at its summit on 17-18 October. So from the SNP conference to your debut in Brussels you’ll have, er, two days.

This implies two things. First, any renegotiation you undertake will result in at best minor changes to the deal on offer, as there is simply not enough time to secure anything else (leaving aside the practicability of what the candidates are proposing).

Second, you’ll need to decide whether any minor concession you do secure is enough to merit another throw of the parliamentary dice for the deal before party conference season. After that, we’re staring down the barrel of no deal and enter the realm of confidence votes.

So first check the calendar, then the calculator. 230. 149. 58. All painful memories for Theresa May. Each defeat put hammering a further nail into her premiership. Yet the paradox of the current situation is that, even though we’re about to have a change of prime minister, all of you will confront the same parliament that ultimately defeated his or her predecessor’s attempts to get Brexit done. So, to all those claiming they could get some kind of deal through parliament, please let us in on the secret.

The alternative, of course, is to try and wait it out. The question of prorogation could well be a red herring. If it’s tried, it’s highly likely that you’d lose a confidence vote. This would only need three or four Tory MPs to pull the plug on your premiership as soon as you’ve got started (and, significantly, Dominic Grieve and Ken Clarke have already said they’d do just that).

If this happened you would still be the caretaker prime minister, and would face a choice: go to Brussels to request an extension, or allow a no-deal Brexit to happen mid-campaign. We’d suggest the near 15-point drop Labour experienced during the fuel crisis could be illuminative if you go down the latter route.

Finally, it’s worth asking what you’re prepared to do if some of your solutions don’t turn out how you’d like? If you are calling for a citizen’s assembly as a way of resolving the Brexit impasse, what happens if they don’t back a deal?

If you can’t negotiate a time-limited backstop, would you countenance one that separates Northern Ireland from Great Britain? If the UK has to go back to the negotiating table after leaving with no deal, what’s the negotiating strategy?

So, let’s summarise while we await your answer. When it comes to Brexit, you each have three things to bear in mind: have you got the time, the numbers and the means of achieving your objective?

By Anand Menon and Dr Alan Wager, director and researcher at The UK in a Changing Europe. This piece was originally published by the Spectator.