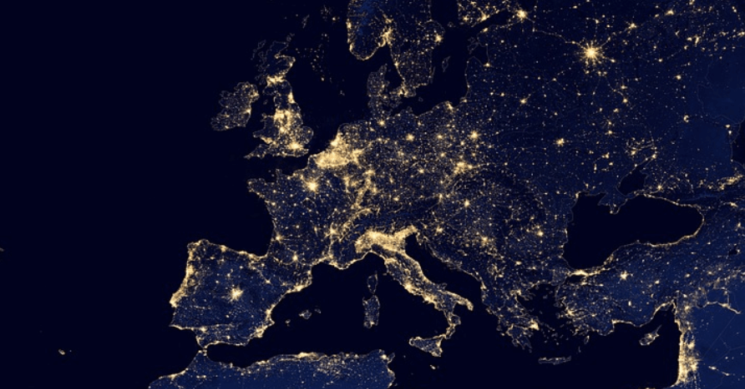 The EU referendum shares its third anniversary with that of the European Union’s Global Strategy (EUGS). The contrast between the two is striking.

Brexit has become a byword for political dysfunctionality, and appears to be mired in uncertainty; by contrast the process initiated by the EUGS has been marked by dynamism and measurable achievements. Despite their apparent differences, however, Brexit and the future of the EUGS are intertwined.

The primary purpose of the EUGS was to provide a new roadmap for the EU’s foreign, security and defence policies. By identifying the challenges to Europe’s security it upgraded old assessments of the EU’s security threats and, importantly, diagnosed a lack of vigour in the current policies. An ambitious package was put together, setting out a process of building a stronger common security and defence capability between the EU’s member states.

The EUGS was not without controversy, and most especially in its ambition to create ‘strategic autonomy’ for the EU – implying the development of a security and defence capacity sufficient to be able to act independently of the United States. The EUGS set out five priorities for the EU: the security of the Union; state and social resilience to our east and south; an integrated approach to conflicts and crises; cooperative regional orders; and global governance for the 21st century.

The detailed objectives for delivering on the EUGS have been set out in a security and defence implementation plan (ESDIP) and a European defence research programme (EDRP), with latter having an especial focus on enhancing the European defence, technological and industrial base (EDTIB).

A whole raft of initiatives (and a plethora of new acronyms) have brought into being what the EU has called “coherent and output-oriented implementation of the security and defence initiatives”: Permanent Structured Cooperation (PESCO), the revised Capability Development Plan (CDP), the Coordinated Annual Review on Defence (CARD), the Civilian CSDP Compact, and new financial instruments planned for the next EU Multiannual Financial Framework which include the European Defence Fund (EDF).

The bottom line of all of this is that the EU member states may spend more effectively on defence and build a stronger defence research and development ability to the benefit of a European defence industry, and thereby enhance the pool of European military and defence capabilities. The lack of the UK’s participation in all of these arrangements significantly reduces the scale and scope of the prospective pool of EU military and defence industry capabilities.

In a discussion on the review of the EUGS earlier this week, the foreign ministers  of the EU’s member states took stock of what they called “ground-breaking steps forward in the area of security and defence”. A report prepared for wider consumption makes reference to the Brexit referendum, and asserts that the decision to pursue with the EUGS was borne of a determination by the member states to “renew their unity and sense of purpose”.

Neither the Council Conclusions nor the progress report mention a future role for the UK in these arrangements, although they do make passing mentions to third countries. It is surprising, however, that the implications of the pending departure from the EU of a member state with such significant security and defence capabilities are not red-flagged.

All of the progress outlined by the EU stands as a testament to the ambition, coherence and drive of the current High Representative. Much of this EU activity has developed in directions that had been resisted by the UK before the Brexit referendum. Consequently, the UK has been largely relegated to observing the implementation of the EUGS, rather than shaping its agenda; furthermore, it has been gradually unwinding its existing participation in the EU’s Common Security and Defence Policy anticipating its departure from the EU.

The Withdrawal Agreement, providing for the UK’s departure from the EU, and the Political Declaration setting out the prospective future relationship, both envision the EU and the UK closely coupled on foreign, security and defence policy. The Political Declaration does, however, make clear that the UK will be a third country and not exercise special access to EU decision-making processes or a role equivalent to a member state in the operational, capability or defence industry ambitions flowing from the EUGS.

The Political Declaration could, of course, be adjusted, but at present the EU-UK future relationship does not explicitly articulate a role of the UK to be partnering the EU in delivering on its objectives for strategic autonomy.

As a non-member of the EU the UK will not have a direct role in shaping the agenda for the EU’s future security and defence policy. At best it might shape developments either working with the EU or seeking to have influence through other member states or NATO.

It is possible that in the medium and the long term the central proposition of strategic autonomy may be pursued in a manner that the UK considers antithetical to its interests. Consequently, at worst, the UK could play a spoiler role to the EU’s ambitions. UK awkwardness coupled to a current, or future, US administration hostile to the scope and pace of the EU’s security and defence plans could curtail progress.

The EUGS, and the review of its progress, may not be the place to rehearse a discussion about all possible scenarios for future EU-UK relations. However, a no deal Brexit would impinge on the foreign and security policies on the EU’s member states. The dislocation, disruption and certainly rancorous de-coupling of the UK from the EU that could come without a Withdrawal Agreement in place would be a crisis management challenge on both sides of the Channel.

Resetting the EU-UK relationship after such a situation would significantly hamper the scope for future cooperation in the areas covered by the EU’s Global Strategy.