Time to discuss the eurozone 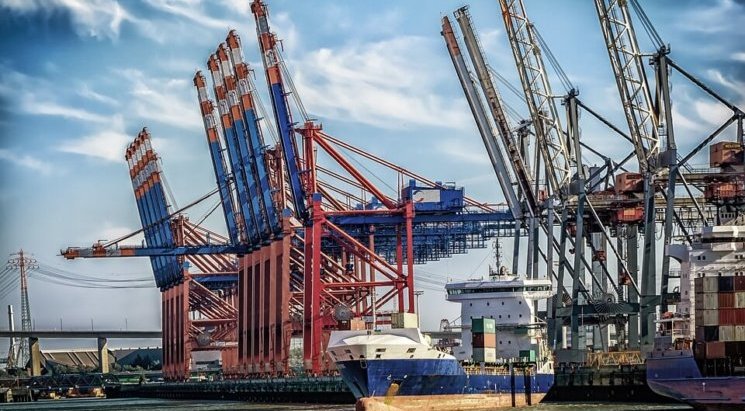 I recently gave evidence to the House of Commons International Trade Select Committee on the economic effects of trade policy.

As written evidence, I submitted a report on ‘Target2’. This discussed some fundamental problems in the Eurozone, which comprises the member states of the EU that have adopted the euro as their national currency.

The euro was introduced on 1 January 1999, and to support its introduction, a eurozone-wide payments system was needed. Target2 settles euro-denominated cross-border transactions within the eurozone.

Its use is mandatory for the settlement of any euro transaction involving the Eurosystem, which comprises the European Central Bank and the national central banks of the eurozone member states.

However, the evidence presented in the report indicates clearly that Target2 has also become a silent bailout system that keeps the euro afloat. A key underlying problem is that the eurozone does not satisfy the economic conditions for being an Optimal Currency Area, a geographical area over which a single currency and monetary policy can operate on a sustainable long-term basis.

The different business cycles in the eurozone, combined with poor labour and capital market flexibility, mean that systematic trade surpluses and deficits will build up – because inter-regional exchange rates can no longer be changed.

Surplus regions need to recycle the surpluses back to deficit regions via transfers to keep the eurozone economies in balance. But the largest surplus country – Germany – refuses formally to accept that the EU is a ‘transfer union’.

However, deficit countries including the largest of these – Italy – is using Target2 for this purpose. Further, the size of the deficits being built up is causing citizens in deficit countries to lose confidence in their banking systems and they are transferring funds to banks in surplus countries. Target2 is also being used to facilitate this capital flight. The result is that the Eurozone economies – particularly those of the southern member states – are stuck in a Japanese-style deflation trap.

Target2 is clearly not a viable long-term solution to systemic eurozone trade imbalances and weakening national banking systems. There are only two realistic outcomes. The first is full fiscal and political union – which has long been the objective of Europe’s political establishment, but is not supported by the majority of Europe’s peoples. The second is that the Eurozone breaks up.

The UK is clearly not immune from what is happening in Target2 and the eurozone.

UK taxpayers have already contributed significantly to the programmes set up to resolve the eurozone banking and sovereign debt crises: they contributed more than €15bn to bail out the Greek, Irish, Portuguese, Spanish and Cypriot banking systems between 2010 and 2015. UK banks have also made significant loans to both Irish and French banks, and the French banks, in turn, have made substantial loans to Italian and Spanish banks.

So if any Italian and Spanish banks fail, this could have a negative impact on UK banks, not least by restricting their ability to raise finance in euros and other major currencies. There would also be problems if a eurozone-headquartered bank, which did significant business in London, got into difficulties.

UK savers and investors with Eurozone bank accounts or asset holdings could face a haircut. Those with bank deposits above €100,000 could be liable for an 8% haircut if the bank becomes insolvent.

However, the principal reason why the UK should be concerned is the fall in trade with the EU. Jean-Claude Juncker, the president of the European Commission, wants to create a politically and economically United States of Europe by 2025 to avoid a Eurozone break up. But the process of doing this will have an enormous drag on Europe’s economic growth and its ability to buy UK goods and services.

Since the EU itself recognises that 90% of global economic growth will take place in the rest of the world, it should be clear that the UK’s trade alliances in future should not be with a highly protectionist Europe, but with like-minded countries in the Anglosphere (principally the US and Commonwealth countries, such as Canada, Australia, New Zealand and India) and other countries interested in free trade agreements, such as Japan.

But we can only really see this if we take a great deal more interest in what is happening in Target2.