To break the Brexit impasse, the new Prime Minister must establish a cross-regional approach 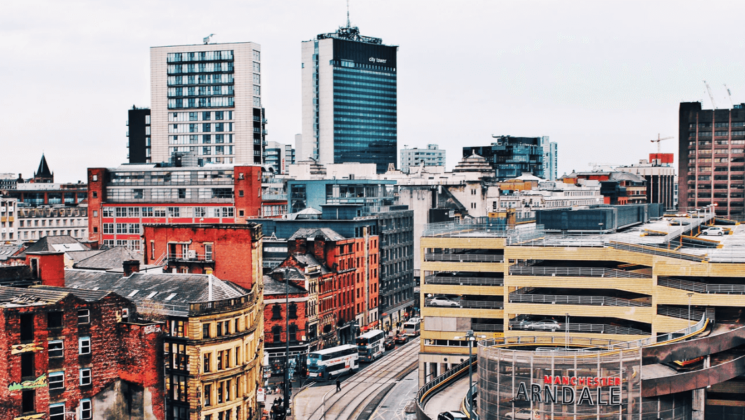 There has been a tendency in British public discourse since the 2016 referendum to identify the residents of northern England as the principal ‘culprits’ of the Brexit vote. Furthermore, the notion of the north as strongly pro-Brexit has been exploited by political elites, on both left and right, to sustain positions on EU withdrawal which long preceded the 2016 vote.

The right-wing populism most closely associated with Nigel Farage and the Conservative Party’s ascendant ERG faction consistently claims support of ‘ordinary folk’, imbibing an elite-led and ultra-neoliberal pro-Brexit agenda with a veneer of anti-establishment sentiment.

Paradoxically, this notion is also central to the ‘Lexit’ imaginary, long upheld by Labour Party leader Jeremy Corbyn and some of his most loyal supporters among parliamentarians, trade union leaders and the commentariat. There is no doubt that the notion that the north (and the west midlands) – Labour’s so-called ‘heartlands’ – are perceived as strongly supportive of Leave is convenient to this perspective, although its main advocates, like Corbyn, are products of London-centred political communities.

The problem is that northern support for Brexit has been significantly over-stated. Taking lower regional population sizes, lower electoral turnout and the fairly balanced result in every UK region (remember that only in Scotland did one side or other poll more than 60%) into account dramatically challenges the notion that support for Brexit is centred in the north.

In fact, the region where most Leave voters – 15% of the national total – were situated in 2016 is the south east. The north west (the north’s most populous region) and the east both delivered around 11%, closely followed by the south west and west midlands (both 10%).

There were as many Leave voters in London as Yorkshire (both 9%), and the north east (4%) delivered fewer leave votes than even Scotland (6%). 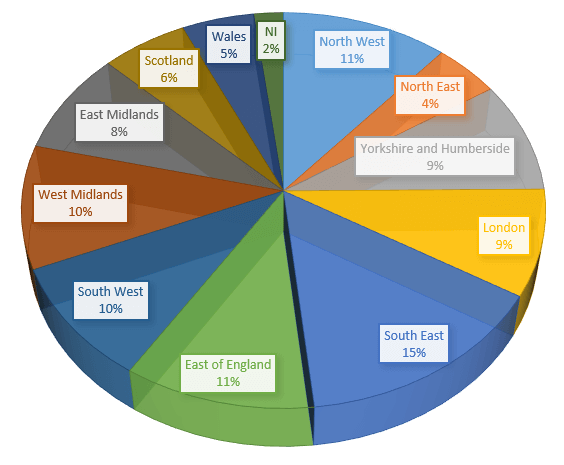 My report for Future Economies, Brexit and the North: Not Our Problem, applies the same approach to the 2019 European election to determine regional support for either a ‘no deal’ Brexit, or the revocation of Article 50 (via a second referendum). 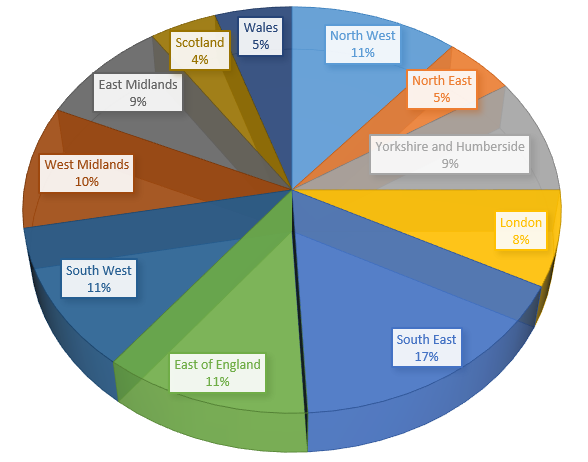 Since the 2016 referendum, northern England has been talked about, but not listened to. The voting patterns presented here should provide grounds for a fresh approach.

It seems likely that the new Prime Minister will seek approval to leave the EU in October 2019 without a withdrawal agreement, if necessary. If Parliament were to refuse this request, as also seems likely, it would create an intractable problem for the Prime Minister: prevented by the current Parliament from pursuing their main policy objective, but unable to call a general election without risking a major defeat.

In this moment, a wholesale commitment to a cross-party and cross-regional approach to EU withdrawal process would become essential. Brexit is too big for the Westminster model of government.

The Prime Minister should establish a new mechanism for devising an approach to EU withdrawal – overseeing both negotiations with the EU and Brexit-related legislation, and operating at arms-length from 10 Downing Street – within which all major parties, and all UK regions and nations, are represented.

Clearly, northern regions must be suitably represented within this process. There is a strong case for the north’s existing political leaders – alongside other national and regional leaders – to take on executive roles at the national level.

However, given that leaving the EU (and especially leaving without a withdrawal agreement) is not supported by a majority of voters in any northern region, there is a case also for new, locally-organised democratic processes to elect or advise representatives for the specific task of managing Brexit at the national level.

It seems likely that a second referendum would be a pre-requisite of the process advocated here (either to secure political legitimacy and/or convince the EU to grant the required Article 50 extension). The new mechanism would be geared solely towards delivering the result of a second referendum.

In these circumstances, there would be a strong case for a referendum process designed to ensure substantial support for whichever option is chosen, and which protects relations between the UK’s regions and nations rather than exacerbating existing divisions.

Yet this raises the prospect that the ‘no deal’ option should in fact be included on the ballot paper, second time around (as well as revocation, a ‘soft’ Brexit, and the withdrawal deal agreed by the May government). The evidence here demonstrates, above all, that northern voters cannot reasonably be used to justify this approach, and it would surely be irresponsible (as well as impossible) for ‘no deal’ to be included in a second referendum, if the ‘no deal’ in question related to leaving the EU without a withdrawal agreement in October 2019.

There may be, on the other hand, a case for including a different ‘no deal’ on the ballot paper. On the basis that the UK government has agreed a further Article 50 extension, it could be that voters are asked to provide a mandate for leaving the EU without a withdrawal agreement, if necessary, at the end of this extension.

For those cognisant of the risks of ‘no deal’ to economic activity and public investment in the north, this will be a terrifying prospect. But the chaotic state of the current Brexit process is a product, in part, of voters’ preferences being assumed by elites rather than interrogated democratically, especially northern voters. There is no evidence that northerners support ‘no deal’ to any significant extent.

With safeguards in place to ensure a second referendum genuinely reflects preferences across the UK, a second referendum can be the start of a new settlement for centre-local relations – with the same model used as a blueprint for a more equitable approach to economic governance, after Brexit.