Trade after Brexit: the initial numbers 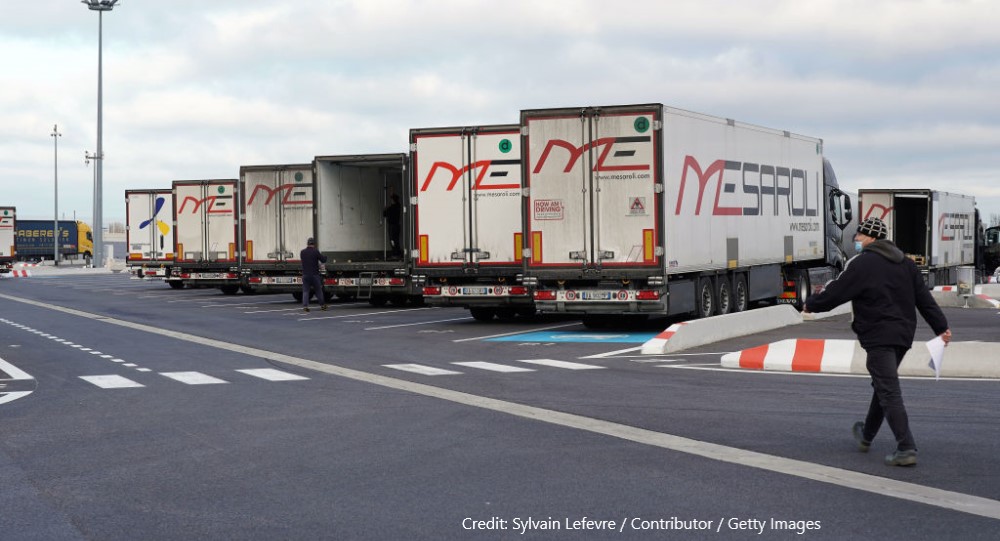 The January 2021 trade data, recently released by the Office for National Statistics, offers a first glimpse of how the Trade and Cooperation Agreement (TCA) governing UK-EU economic relations is affecting UK trade.

The headline numbers are startling. Compared to the previous January, UK goods exports to the EU in January 2021 fell by 38%, from £13 billion to £8 billion.

As Figure 1 illustrates, the decline meant that exports to the EU were lower in January than during the short-lived trade collapse following the start of the Covid-19 pandemic in early 2020.

By comparison, goods exports to non-EU countries were only eight per cent lower in January 2021 than the previous year and were higher than in December 2020. 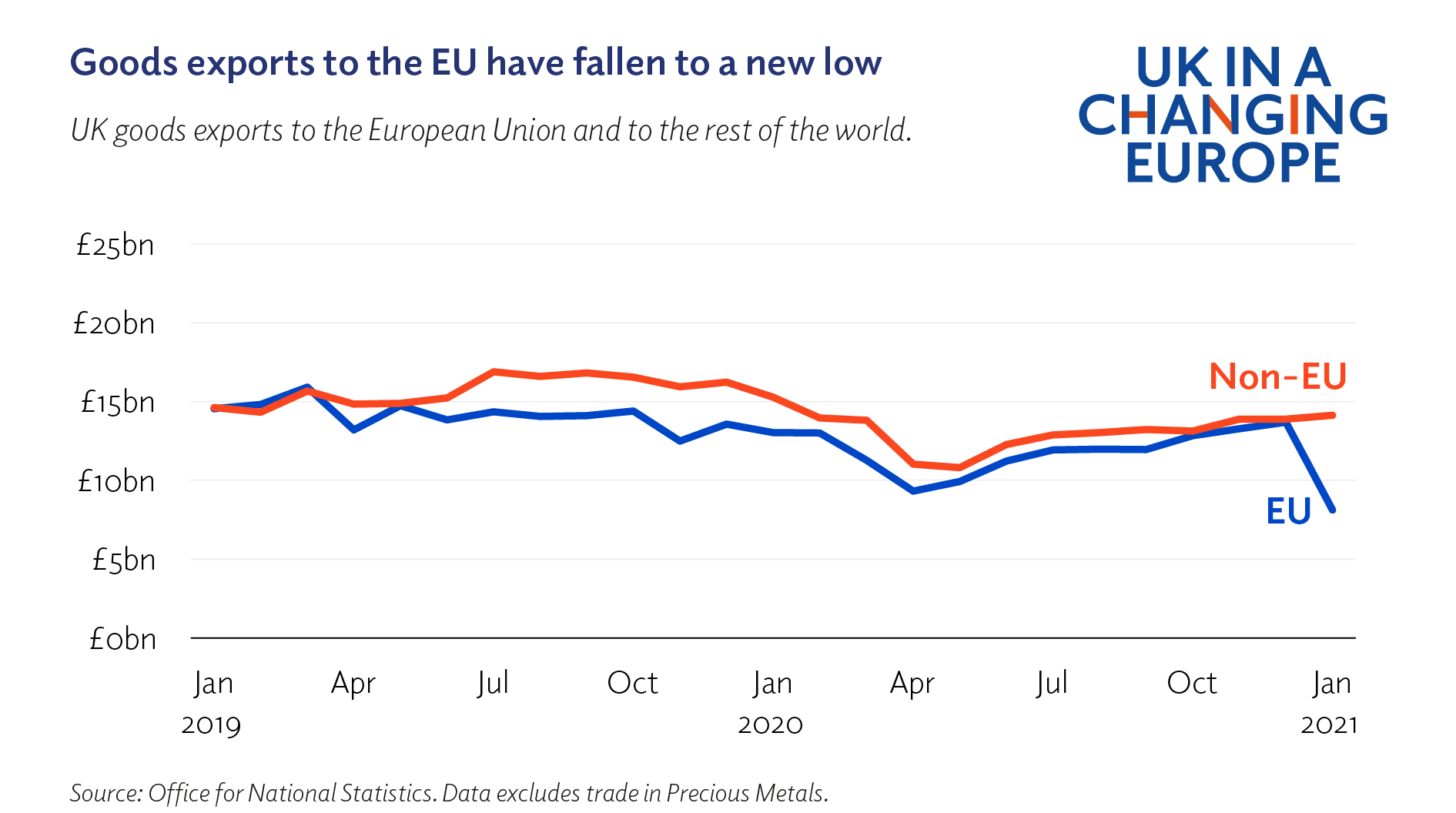 Goods imports from the EU also fell as shown in Figure 2. EU imports were 16% lower in January 2021 than January 2020, while non-EU imports were nine per cent down. Data on the geographical breakdown of services trade for January is not yet available. 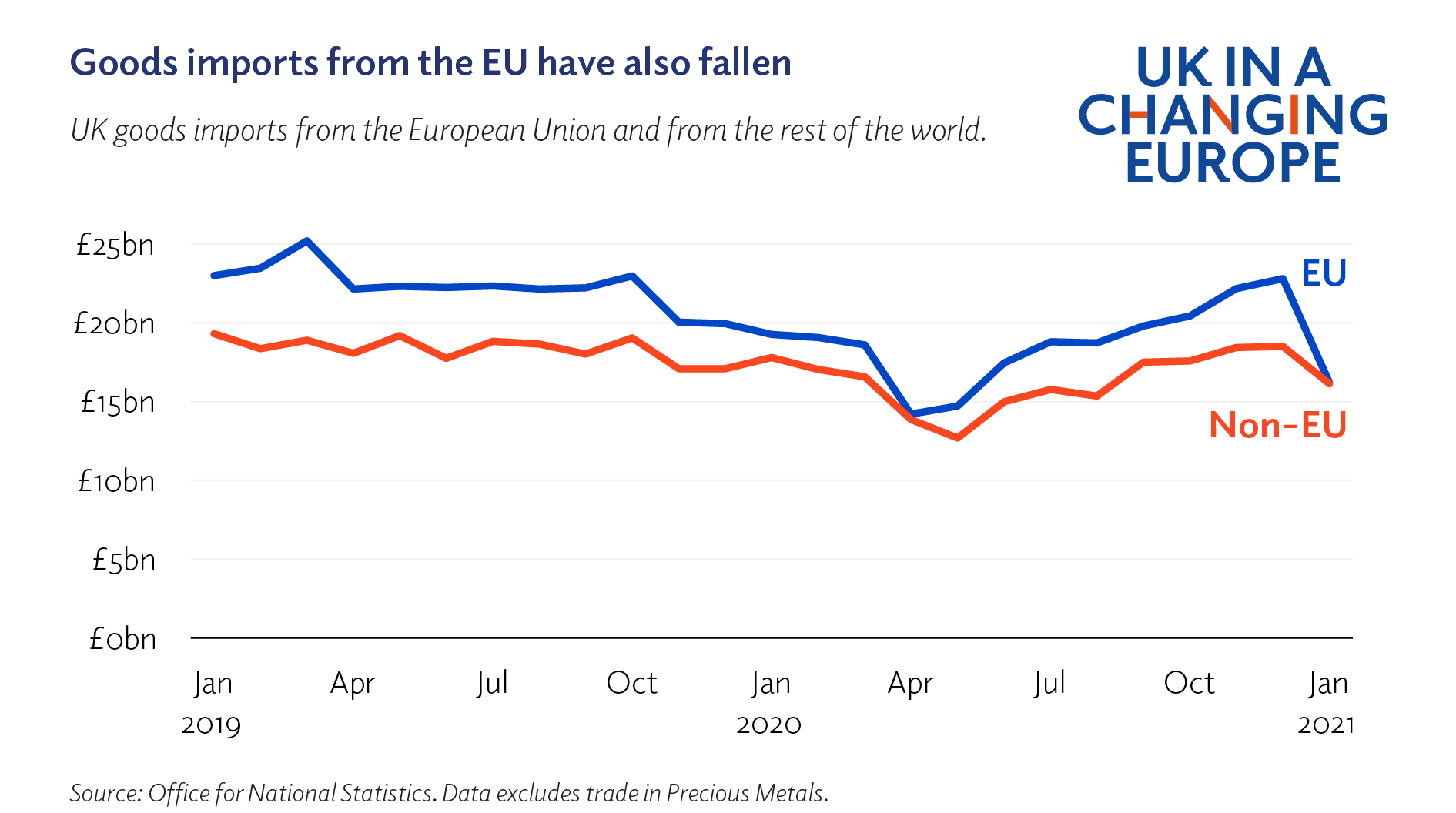 What lies behind the dramatic changes in trade witnessed in January? One possibility is the post-Christmas lockdown.

As the figures above show, UK goods trade fell by more than a quarter during the first lockdown in early 2020, before quickly rebounding in the second half of the year. However, the figures also show that lockdown led to similar declines for both EU and non-EU trade and for both exports and imports.

By contrast, the declines in January were much bigger for exports than imports and for EU than non-EU trade. It is not obvious why lockdown would lead to this pattern of changes. However, for Brexit there is a natural explanation.

The TCA has led to the introduction of new barriers to UK-EU trade, but not to trade with non-EU countries. Consequently, one would expect EU trade to fall more than non-EU trade. In addition, customs checks on UK exports to the EU were imposed at the start of January.

In summary, lockdown probably contributed to the fall in trade in January, but the difference between the declines in EU and non-EU trade are most likely due to Brexit and the impact of higher trade barriers with the EU.

Looking at total trade with all partner countries, John Springford of the Centre for European Reform estimates that Brexit led UK goods trade to fall by 22% in January.

Is the impact of Brexit on trade likely to be temporary or permanent? Probably a bit of both. There are several special circumstances that reduced EU exports in January, but will have little or no affect on trade in future months.

First, teething problems. January was the first month that UK exporters and EU importers had to deal with the new customs checks required because the UK chose to leave the EU’s Customs Union and Single Market. Over time, the impact of these checks will lessen as firms learn how to navigate the customs border.

Second, stockpiling. Some of the January decline was a side effect of firms involved in UK-EU trade stockpiling goods in late 2020. Figure 3 shows the percentage change in UK goods trade with the EU compared to the previous month from January 2019 onwards.

The 33% decline in January 2021 is the biggest fall during this period. However, trade also fell 10-15% in both April and November 2019. These are the months immediately following dates when the UK was scheduled to leave the EU (although in both cases the departure date was eventually postponed).

The trade declines in these months reflect the consequences of stockpiling in advance of the expected Brexit dates.

Third, data collection methods. An administrative consequence of Brexit is that the UK changed how it collects data on exports to the EU starting in January 2021. For imports from the EU the same change will be made in 2022.

The Office for National Statistics expects the change in methodology to reduce measured exports to the EU in January 2021 and possibly also increase measured exports outside of the EU. It is not yet certain how big these measurement issues will be. 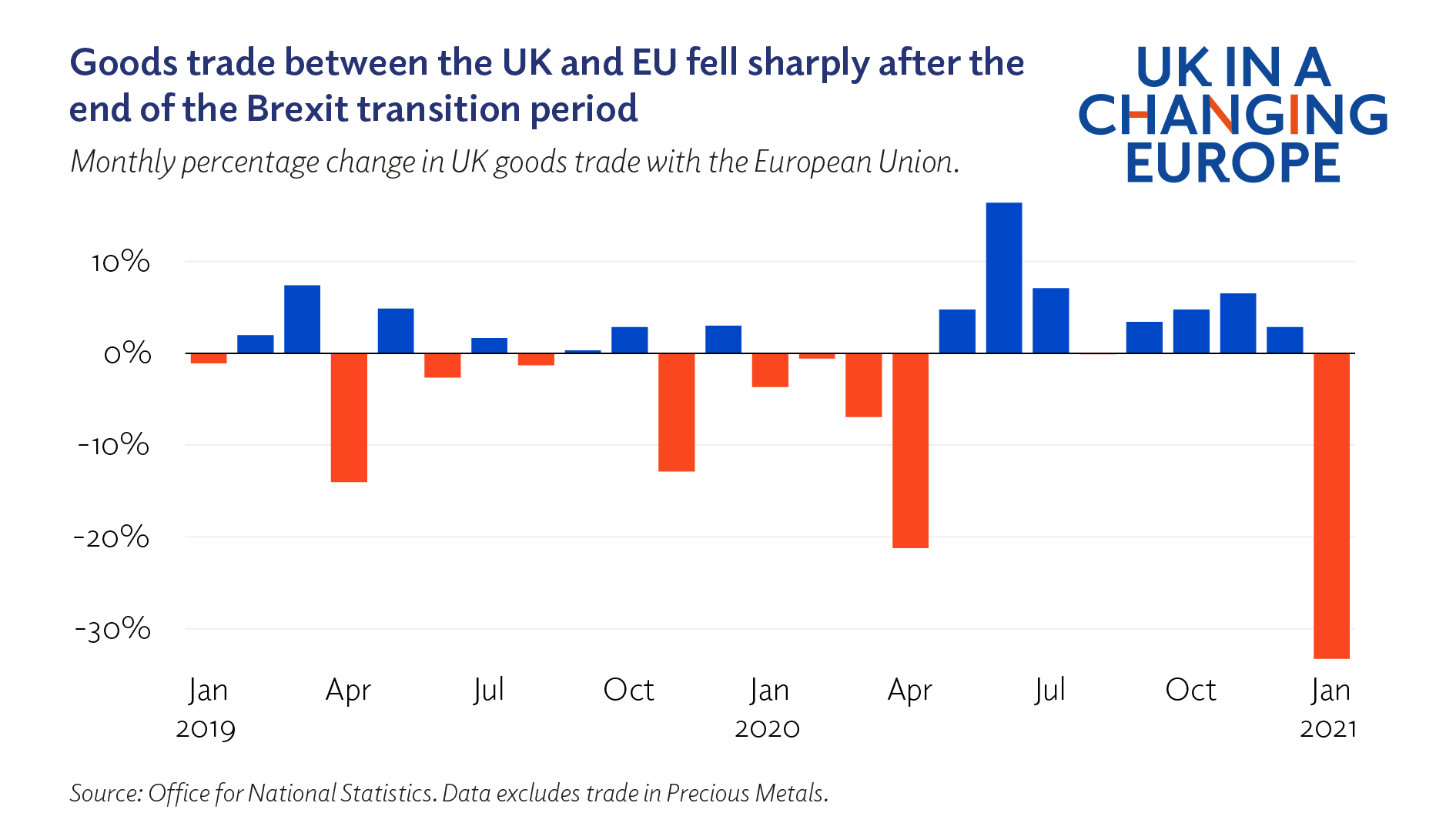 Taking these special circumstances into account suggests that trade with the EU will bounce back to higher levels in February than January. But some part of the fall in trade is expected to be permanent. Even once teething problems fade, doing business with the EU will be more costly from now on than it was before Brexit.

For firms on both sides of the border, customs checks constitute red tape that creates additional costs and makes trade less profitable. Some firms will bear these costs and continue to trade, but others will choose not to.

Moreover, the increase in trade barriers that occurred in January marks the start, rather than the end, of trade cost increases due to Brexit. Customs checks on UK imports from the EU are not scheduled to begin until 2022.

And over time regulatory divergence is likely to further reduce trade, as firms face the challenge of satisfying different regulations in the UK and EU markets. It will be many years yet before the full effects of Brexit are known.