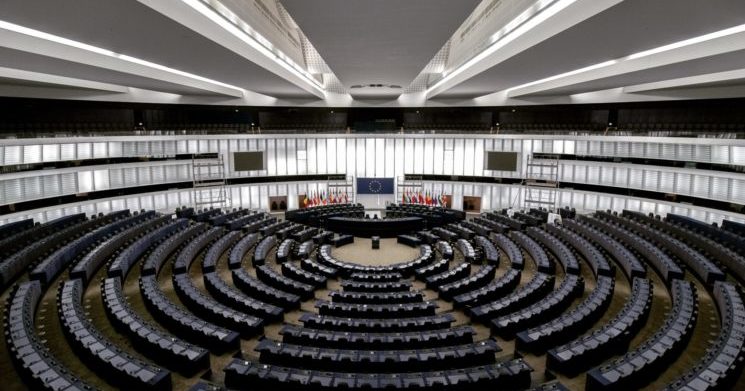 It may seem surprising that, as a Green, I’m such a supporter of the single market. I’m sometimes surprised about this myself, since I can remember when our party saw it as a convenience for capitalists.

After all, Margaret Thatcher was a key proponent of the streamlined trading system, lauding it in her infamous Bruges speech in 1988. Somewhat ironically, other elements of the speech provided inspiration to Conservative euroscepticism.

Although designed to ease trade between European countries, the single market has been colonised by Greens and socialists so that it now provides the highest levels of protection for the climate, employees, farm animals and a host of others.

Although companies lobby against strengthened regulation, there are few calls to lower standards by producers.

The clear indications since the referendum that the UK would turn its back on this incredibly successful capitalist project demonstrates that Brexit is an exercise in geopolitics rather than economics.

During and since the election some commentators have put forward the idea that Johnson is fundamentally a liberal and would pivot to soft Brexit once he had secured a parliamentary majority. This was always a case of Remainer denial.

It’s been clear for several years that, while the victory for Leave came as a shock to both sides, certain political actors immediately saw an opportunity to refashion the British state, and to achieve this required the hardest possible Brexit.

I distinguished these as regulation burners, tax avoiders and hedge fund managers on the Bad Boys of Brexit website I launched in 2017.

Far from enhancing democracy, as the ‘Take Back Control’ rhetoric proclaimed, leading Conservatives have been writing our future trade policy on a freelance basis and behind closed doors.

Daniel Hannan’s Initiative for Free Trade published a vision of what it considered UK-US trade arrangements should look like after Brexit jointly with the Cato Institute. This envisages ‘a unique exercise that will bring together all the major conservative and free-market think tanks on both sides of the Atlantic’.

Liz Truss, who was closely involved in this activity, is now our Trade Minister.

Shortly after Truss took up her appointment as International Trade Minister, Greenpeace revealed that she had recently met with a number of staunchly right-wing lobby groups in the US, including the Heritage Foundation and the Competitive Enterprise Institute.

These meetings appear to have been part of ‘shadow trade talks’ aimed at opening up the UK to the import of US goods currently banned in Britain for environmental or health reasons.

Despite decrying the fact the UK imports two thirds of its cheese as a disgrace, she was already writing the trade deal that would destroy our blessed cheese-makers of Somerset.

And with Caroline Lucas’s amendment to guarantee parliamentary oversight of trade policy being defeated in Parliament, this freelance work looks likely to soon become a trade agreement.

When Sajid Javid announced that we will not be staying close to European law this was a restatement of the logic of Brexit, but can it mean ‘taking back control of our laws’?

Does anybody really believe that the UK has the bureaucratic capacity or economic clout to develop standards for everything from chemical toxicity to the energy efficiency of toasters?

We will quickly learn the limited power Westminster – or any national government – has in a globalised economy.

For example, the European Parliament recently debated the need for a uniform charger for electronic equipment to prevent corporations using chargers to enhance their monopoly position, and to reduce electronic waste and lower costs for consumers.

If the C charger becomes universal throughout the EU, corporations will offer products with the appropriate socket for the EU’s 430 million consumers. It would be ludicrous for the UK to agree a different charger.

Seventy years after his death, Orwell’s three global blocs have now become reality. The Asian bloc offers its subjects security but no freedom. The US bloc is the bastion of the market. Only the European bloc offers defence of the citizen and the environment.

Margrethe Vestager, who has been appointed as EU Competition Commissioner for the next five years, has pledged “not to make Europe more like China or the US, but more like itself” with strong values and markets that work for people.

If the first stage of Brexit was a contest between Johnson and Barnier, the second stage will be a tale of two Johnsons, with Boris and Woody Johnson, the US Ambassador to the UK, playing good cop and bad cop against Barnier.

The additional energy and urgency put into US trade talks indicates that they will be used as lever against EU negotiators, together with the bluff of no deal.

The European negotiators fell for this last time, with Barnier allowing the level playing field on standards to be taken out of the legally binding political declaration.

If he blinks again in the trade talks, the Brexit strategy of using the UK as a bridgehead into the single market for diminished protections will have proved successful and the beacon of protections for people and planet offered by the EU single market will have been fatally undermined.

By Molly Scott Cato, Green Party MEP for the South West region since 2014.