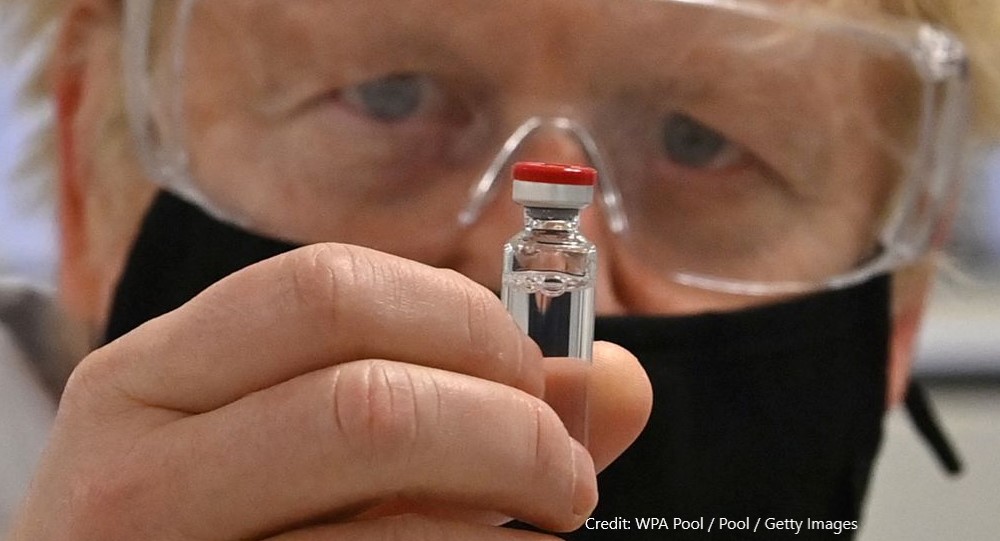 The British banger has been perhaps the unlikely centrepiece of growing tensions between the UK government and the European Union over enforcement of the Northern Ireland Protocol in the last few months. But there’s another issue here – one which is less symbolic, and which has generated fewer headlines. That issue is the trade in medicines between the UK and the EU, and the particular complications in Northern Ireland.

Sausages have come to typify the growing intransigence from both sides, as the UK and the EU have failed to reach an agreement on the future regulatory regime for chilled meats following a temporary period where pre-Brexit rules were applied.

However, while the media has at times undoubtedly enjoyed characterising the negotiations as sausage wars, issues brought about by the Protocol related to trade in medicines have much greater significance for the people of Northern Ireland.

Access to critical medicines in the region is seriously threatened if the UK and the EU cannot find a pragmatic permanent solution, and currently both sides are at an impasse with talks due to resume.

Earlier this year, our association first flagged the impending crisis related to the supply of generic medicines to Northern Ireland. These contain the same active medicinal substance as an original pharmaceutical product, and because they act in the same way in the human body, they are interchangeable with it.

Generic medicines are launched when the original’s patent has expired, and the resulting competition reduces the cost to the NHS by up to 90%. They make up the vast majority of products used by the NHS in Northern Ireland.

Manufacturing and supplying medicines are not simple processes that can be turned off and on like a tap. They require planning and logistics, high levels of investment as well as the use of cutting-edge technology. They are also underpinned by supply chains that are complex and stretch across the globe. In short, it is a sector which thrives on certainty and planning.

The generics industry delivers high volumes of medicines at low prices and with small commercial margins. The UK benefits from the lowest generic medicines prices in Europe, saving the NHS £15 billion every year. These benefits are built on simplicity and efficiency.

In medicines manufacturing, regulatory activities and quality control are crucial. They include batch testing – the process of confirming every batch of medicine has the correct composition.

This problem has arisen because the Protocol treats Northern Ireland as part of the EU, with different medicines regulations from the rest of the United Kingdom.

This duplication could make supplying the region in many cases unviable in the longer term. Like chilled meats and other products, there is currently a grace period but nothing has been agreed upon for what happens next and there is no timeline to a decision.

Some have argued that Northern Ireland’s NHS trusts should simply ship their medicines from the Republic of Ireland or other parts of the EU. That might work for some drugs. But the same range of products is not available at the same price. Shortages would occur and prices would rise.

In the absence of a stable agreement between the UK government and the EU, our companies have been forced to put on notice over 2,000 medicines for withdrawal from Northern Ireland. This number is growing.

These steps have been taken with the utmost reluctance, but companies are being forced into an impossible position – they don’t know which regulations will apply when the grace period ends.

The UK negotiating position is based on taking medicines out of the Protocol altogether, which would allow British manufacturers to test in the Great Britain and ship to Northern Ireland. We want to support it, but not if it causes indigestion for companies that also supply the EU.

In response, the EU has put forward a set of measures that we believe are unworkable. These measures include separate licences, placing a Northern Ireland-specific label on the pack, changes to the Falsified Medicines Directive, and EU inspections of UK manufacturing facilities.

But the EU’s proposal would make trade in medicines, and supplying Northern Ireland, even harder since it hammers home the need for a separate and specialised Northern Ireland product (distinct from a GB one). And that’s the very thing we need to avoid.

The proposed EU solution fails to recognise the added complexity its additional measures would bring. In an environment where margins are razor-thin, extra complexity isn’t feasible. The alternatives – a UK-wide licence for medicines – would serve Northern Irish patients best.

Ultimately, we fear that currently the proposals from the UK and EU are too far apart to bridge. We are pleased to see an extension to the current grace period. It gives time to develop a workable solution and stop companies from pressing the ‘discontinue’ button for lines to Northern Ireland. And when companies do serve notice, it is hard to undo – finite global manufacturing capacity is allocated elsewhere.

However, there still needs to be a permanent solution agreed as soon as possible if all parties genuinely want to put patient interest first in Northern Ireland. While headlines over a lack of British sausages have fed the media appetite of late, those related to a shortage of medicines would be altogether more unpalatable for all concerned.